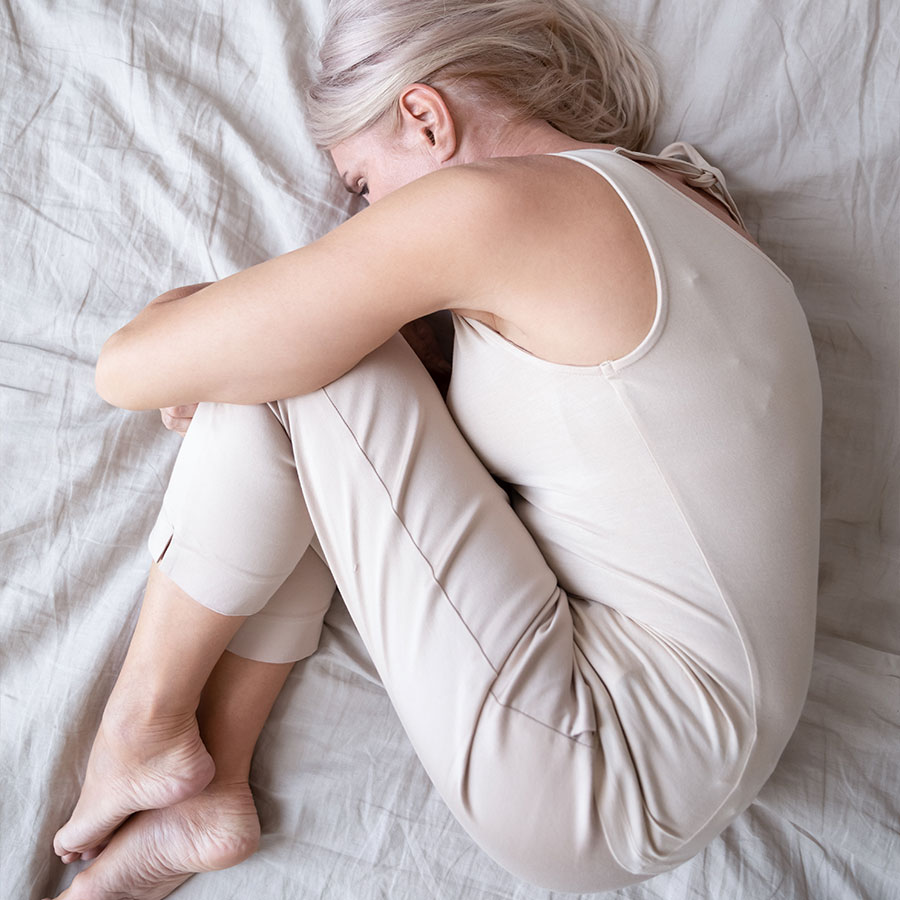 Research has shown that women have a greater risk for Alzheimer’s, not because they live longer than men, but because the disease can start earlier, at midlife during menopause. Photo: fizkes/Getty Images

The problem is as old as womankind: Beginning with puberty, ovaries normally produce ample estrogens for reproduction and then, somewhere around the age of 50, they don’t.

It’s a problem because waning estrogens don’t just mean the end of menstruation and reproduction.

The effect goes all the way up to the brain.

During the midlife menopausal endocrine aging transition, Alzheimer’s risk conditions linked to the early phase of the disease can emerge, including sleep disturbances and altered cognitive function.

With almost eight million Canadian women age 45 and older, the cognitive impairment and heightened risk of Alzheimer’s disease that may accompany “the change” is a concern.

But while it has major implications on a public health level, in most cases the cognitive effect is mild on a personal level, if it happens at all.

“Menopause and perimenopause are being made to seem like dangerous moments for women’s cognition, but a lot of women aren’t going to have any cognitive decline.” says Dr. Gillian Einstein, professor of psychology at the University of Toronto and holder of the inaugural Wilfred and Joyce Posluns Chair in Women’s Brain Health and Aging.

“However, some women do have some cognitive changes. Are these outside the range of normal? No. Are they significant in a scientific sense? Yes.”

While hormone replacement therapy (HRT) may diminish or prevent cognitive decline in some women, the combination of estrogen and progesterone that was typically prescribed before the landmark but controversial Women’s Health Initiative (WHI) study is concerning for most women. That study showed an increased risk of breast cancer with the therapy, especially if taken for more than a short time or in the years after menopause.

She adds, “There’s a lot more of a subtle and nuanced understanding of hormone replacement now.”

In fact, the University of Arizona has just announced a clinical trial of a plant-based hormone replacement, PhytoSERM, that may treat menopausal symptoms and lower the risk of Alzheimer’s disease without affecting reproductive tissue, including breasts and the uterus.

Researchers at the university’s Center for Innovation in Brain Science received a US$7.6 million grant from the U.S. National Institutes of Health to investigate the dietary supplement.

“Our research has shown that the greater risk for Alzheimer’s in women is not because they live longer than men, but because the disease can start earlier in women, at midlife during their menopausal transition,” said Dr. Roberta Diaz Brinton, director of the University of Arizona Health Sciences Center for Innovation in Brain Science.

University of Toronto’s Einstein calls this plant-based hormone research “a very interesting endeavour” but cautions that how important it becomes in the end depends on the results of a large clinical trial.

What’s interesting, she says, is that the study is “using a cocktail of plant-based hormones, rather than just one, because they all have very specific pathways to action.”

She adds, “There’s a lot of work to be done here. Our own work is revealing that estradiol is not a silver bullet for some types of cognitions and for some women.”

For example, she says, “We found that, with respect to verbal memory or remembering a story, estradiol therapy doesn’t reverse verbal memory decline in women who have had their ovaries removed even though it does improve spatial memory.”

As well, Einstein notes, “Some women are contraindicated for taking estradiol: women who are likely to form blood clots, or who have had breast cancer. There’s a good reason for looking for something that acts specifically on the brain.

“Where we’re going now with this is precision medicine.”

Einstein’s research on menopause at her University of Toronto lab focusses mostly on younger women who have had premature ovarian failure or have had their ovaries removed due to chronic pain or a gene mutation or because they’re elite athletes.

“This is where we should be looking potentially at some kind of HRT,” she says. “Our own research shows that women who have their ovaries removed before age 48 are doing more poorly remembering paragraphs and remembering where objects are located in space. They’re doing worse compared to age-matched controls, but they’re still in the normal range.

She explains, “There are many different types of menopause. I’m concerned about having menopause which is a natural phenomenon turned into a pathological stated and treated as problematic.”

Most women, she says, go through menopause around age 51.

“This is just going to happen. As people age, a lot of stuff happens. Your immune system decreases in function. It’s not just hormone loss for women. We all become more vulnerable.”

Einstein advises, “Aging is a lifetime event. If you’re interested in prevention of cognitive impairment and lowering the risk of Alzheimer’s I would suggest focusing more on what happens in midlife and early life that will contribute to brain health.”

Among the lifestyle factors that may make a difference, she emphasizes exercise — “it’s terrific, even better for women than for men” — and sleep.

“Sleep is incredibly important. That can’t be emphasized enough. Good sleep is the pathway to brain health.”

She adds, “I do think we’re doing ourselves a disservice as we pathologize menopause, but at any age it’s really important to exercise, eat well (she cites the Mediterranean diet), not to sacrifice one’s own health for others, to get enough sleep and to stay active.

“It may turn out that there are particular groups of women who would also really benefit from some kind of non-lifestyle intervention. But I can’t emphasize enough that in cultures where aging is not looked down upon, women are happier and experience greater longevity.”