World No Tobacco Day: Treatments, Therapies and Apps to Help You Quit Smoking 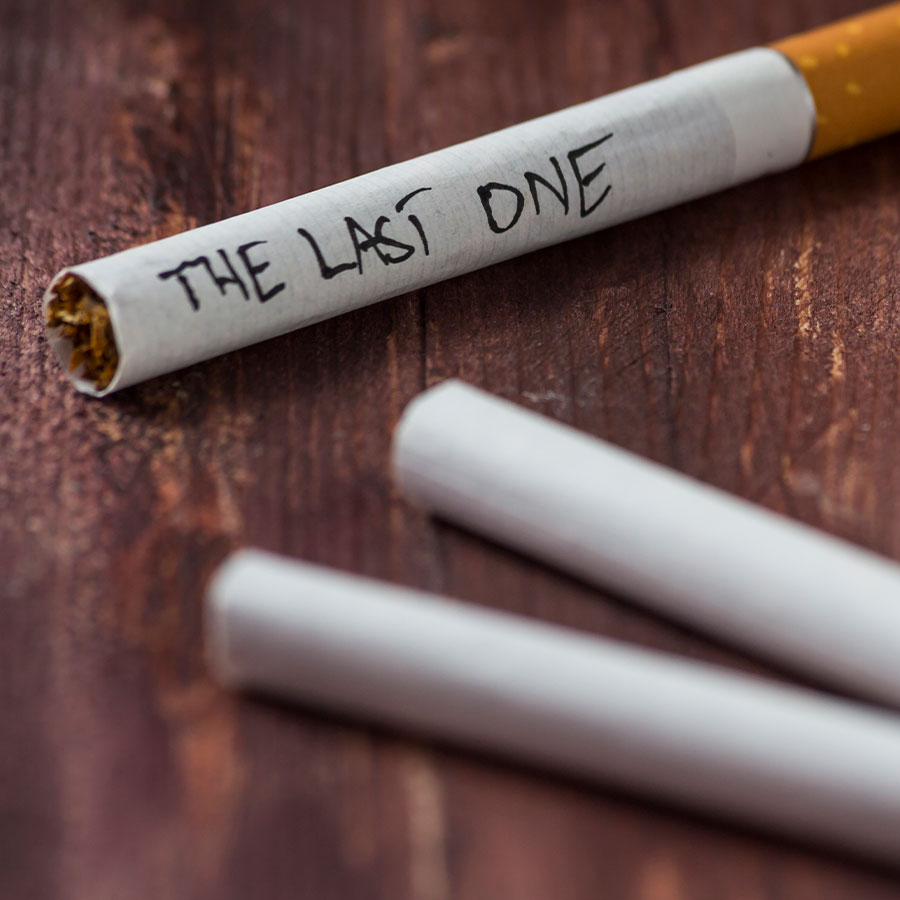 While quitting “cold turkey” is often regarded as the best and longest-lasting method for quitting smoking, there are products, therapies and treatments that may also help. Photo: alexrvan/Getty Images

Today (May 31) is World No Tobacco Day, an annual initiative sponsored by the World Health Organization to “draw global attention to the tobacco epidemic and the preventable death and disease it causes.”

If you’re a smoker, it’s more than likely you’ve tried to kick the habit countless times. According to research by the University of Waterloo’s Tobacco Use in Canada study, 57 per cent of smokers “were seriously considering quitting in the next six months; over one-quarter (26.9 per cent) were considering quitting in the next month.” And a BMJ Open article found that, for some smokers, it may take as many as 30 attempts to kick the habit.

Despite these good intentions, the nearly five million smokers in Canada (19 per cent of whom are between 45 and 54, the highest prevalence of any age group) often struggle to find the will power. While quitting “cold turkey” is often regarded as the best and longest-lasting method, some just can’t do that. For these, there are products, therapies and treatments that may help.

These over-the-counter products come in various forms, usually gums, lozenges, patches, nasal spray or inhalers. Their goal is to help those who are quitting to deal with the symptoms and cravings that come from withdrawal. A recent British Medical Journal study found that NRT “can be effective in achieving sustained abstinence from smoking of six months,” while also noting that “half of those who sustain six months of abstinence will maintain it for the rest of their lives.”

There are several drugs on the market tailored to heavy smokers who just can’t quit. Varenicline binds to the nicotine receptors in your body, shielding them from receiving the nicotine when you inhale it, which reduces the enjoyment of smoking. Bupropion is an antidepressant that works by reducing the symptoms that arise when you quit.

There are numerous smartphone apps available to help you stop, including Quit Genius, My QuitBuddy and Quit Tracker. These provide platforms for you to set goals to quit, link you to a community of people who will support your efforts; send motivational messages; provide scientific information; show you the live health benefits; and calculate the amount of money you’re saving. Some even provide games to play to help get your mind off the cravings.

Those seeking an alternative to medication have found help in acupuncture, hypnosis, magnet therapy, cold laser therapy, herbs and supplements. Others promote the benefits of practices like yoga, mindfulness and meditation. The American Cancer Society suggests that while these therapies may work for individuals, there’s little scientific evidence that they will work for everyone.

Once you’ve made your decision to quit, your efforts will more likely be successful if you have the support of family, friends and medical professionals. Speak to your doctor, nurse practitioner or pharmacist. The Canadian Cancer Society, the Canadian Lung Association and the Heart and Stoke Foundation of Canada all have excellent online resources as well as information on clinics and support groups. The Canadian Cancer Society offers support and counselling; visit smokershelpline.ca or call 1-866-366-3667.

Four Ways Alcohol and Smoking Can Affect Your Hearing!

World No Smoking Day: Remember When People Lit Up at Their Desk? We Do