Food to Help Counter Cognitive Decline, Including the Most Important Vitamin for Brain Health as We Age 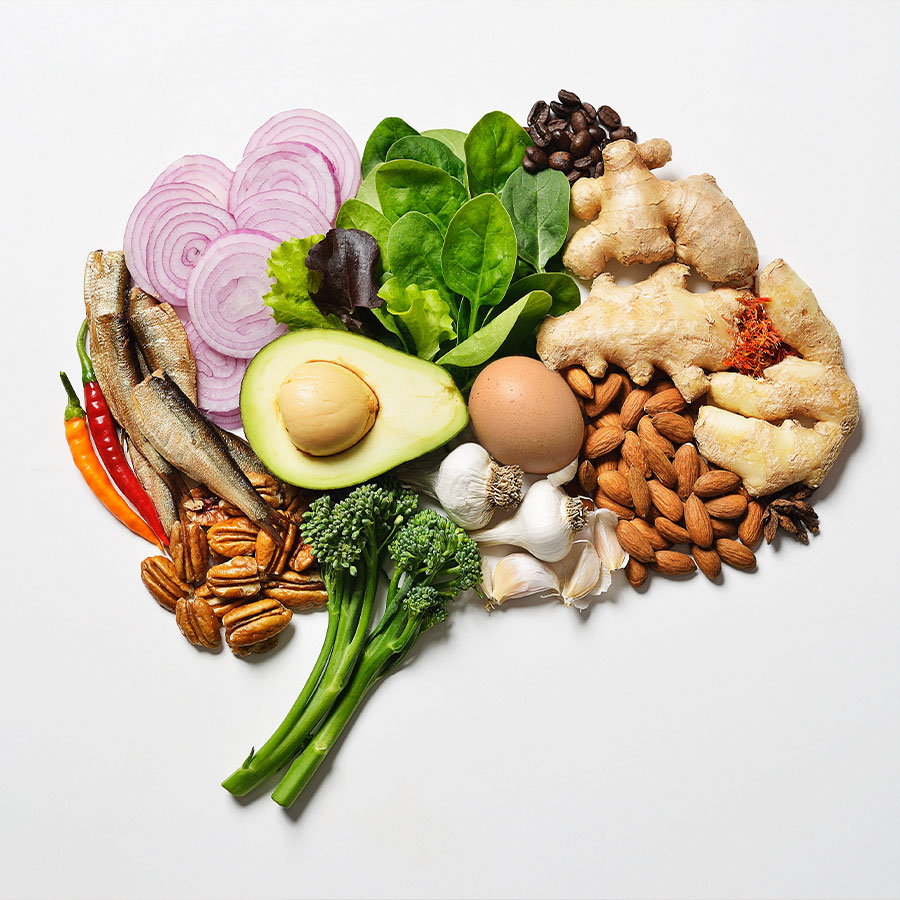 Helping to stave off dementia and cognitive decline may be as simple as tweaking your grocery list, say the experts — and the evidence. Photo: David Malan/Getty Images

Recent surveys suggest two things about dementia and cognitive decline: we are worried about it, and most of us aren’t confident in how to prevent it.

An online survey this past March of 900 people for AARP magazine indicated that Alzheimer’s disease/dementia/cognitive decline ranked second only to cancer as aspects of aging about which respondents were most concerned. (Memory loss came in eighth, behind loss of mobility.)

While this past fall, researchers at Toronto’s Baycrest Health Sciences released results from a survey of 1,000 Canadians aged 45 and older in which only nearly one in five (19 per cent) indicated they were confident or very confident in their knowledge about preventing dementia.

So what can we do?

No matter the diagnosis, from stress-induced lapses in memory to Alzheimer’s disease, neuropsychologist and gerontologist Vonetta M. Dotson offers all her patients the same baseline recommendations: Be physically active, stay socially connected, engage your brain and eat a healthy diet. Advice that echoes the theme for this year’s Seniors Month in Ontario, which includes staying active, connected and safe.

As for diet, in her book, Keep Your Wits About You: The Science of Brain  Maintenance as You Age, Dotson says what we eat may need tailoring as we get older.

“For example, as we age, we are more vulnerable to deficiencies in vitamins B12, B6, and riboflavin. Research suggests this is due to a combination of getting less of the B vitamins in our diet, our bodies absorbing less of the vitamins from our food, and the body needing more of these particular vitamins to maintain health in our senior years,” she writes.

“Lack of B vitamins has been linked to cardiovascular disorders, which can in turn affect our brains. Because of the susceptibility to vitamin B deficiency, older adults might require a diet full of more poultry, dairy products, dark leafy greens and other foods rich in vitamin B.”

Dark leafy greens, which Dotson endorses, are rich in B vitamins. And spinach is at the top of the list for folate (vitamin B9), which has been shown to help minimize age-related cognitive decline. Note: Some folate can be lost in cooking, steaming preserves more of the vitamin, while eating your spinach raw is best.

Also high in several B vitamins, including cobalamin (B12), pyridoxine (B6) and riboflavin (B2), salmon is on the list of fatty fish (cod, trout, sardines and sole included), which are abundant in omega-3 fatty acids. These good unsaturated fats are essential in building brain and nerve cells, and have been linked to lower blood levels of beta-amyloid — the protein that forms damaging clumps in the brains of people with Alzheimer’s disease.

Salmon, both farmed and wild caught, also makes the list of fish that contain low levels of mercury – high levels can harm organs, including the brain. And not just for Fridays, experts recommend two servings of fatty, low-mercury fish per week.

Beyond B vitamins, berries have also been studied for their health benefits, including those for the brain. Their deep hue is nature’s way of telling us that blueberries (and other deeply coloured berries) contain anthocyanins, plant compounds called flavonoids that help protect against oxidative stress and inflammation — both of which can contribute to brain aging and neurodegenerative diseases.

Research has also shown that flavonoids can help improve memory, with one study by Harvard’s Brigham and Women’s Hospital finding that women who consumed two or more servings of blueberries (and strawberries) each week delayed memory decline by up to two-and-a-half years.

Speaking of flavonoids, cocoa powder is packed with these brain-boosting compounds. In one study of more than 900 people, participants who ate chocolate more frequently performed better in cognitive tasks, including those involving memory.

Dark chocolate (70 per cent or greater cocoa content) delivers the most bang for your buck — and that includes a caffeine boost. Why that’s a good thing: Caffeine, in addition to being a mood booster, may also help memory. One Johns Hopkins study showed that participants who’d consumed a 200-milligram caffeine tablet (a one-ounce serving of dark chocolate contains about 25 milligrams) after being shown a series of images could better identify them the following day.

Hue is key to yet another brain-health booster. The polyphenolic pigment curcumin, that imbues turmeric with its deep-yellow colour, is a powerful antioxidant and anti-inflammatory that has shown promise in treating and preventing brain diseases, including Alzheimer’s.

And we’ve already established that what’s good for cardiovascular health is good for brain health — and that includes turmeric. The super spice has been studied for its potential to reverse heart disease by helping regulate blood pressure, and it’s been found to help reduce bad cholesterol. Add turmeric to your food or talk to your doctor about adding a curcumin supplement to your diet to get something closer to the dose used in most studies (500–2,000 mg per day).

Does Drinking More Coffee Help You Live Longer? It May Not Be Just Wishful Thinking