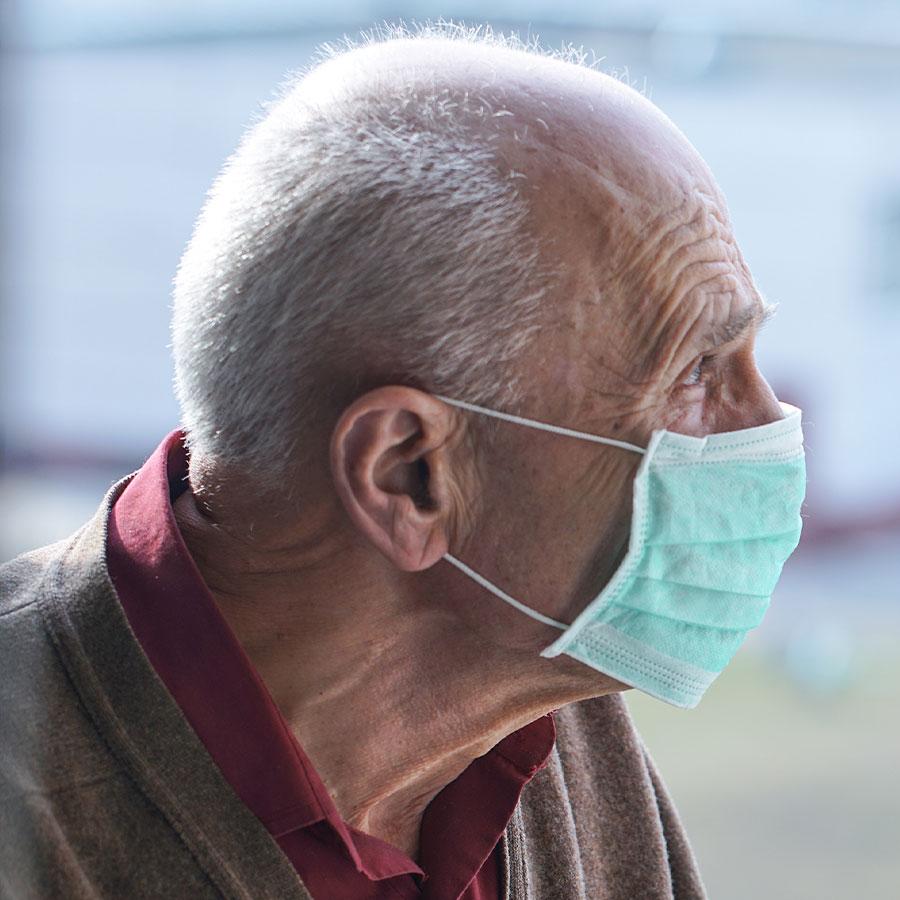 Ontario has entered the seventh wave of COVID-19, according to top doctors in the province.

Moore says the Omicron subvariant BA.5 is driving the spike in cases, and has become a dominant strain accounting for 60 per cent of confirmed cases.

According to Moore, Ontarians can expect infections to rise over the next 10 days before easing.

He confirmed the province was still reviewing eligibility for fourth doses and would deliver news on that later this week. Meanwhile, once again, he encouraged those with only two shots to roll up their sleeves for a third booster dose.

The science advisory table pointed to a number of indicators signalling the onset of another wave, including test positivity reaching above 10 per cent, the first time since May that it’s reached that mark.

They also reported that around 80 per cent of public health units are seeing exponential growth in cases, but case numbers could be higher with provincial limits on PCR testing.

The number of hospitalizations has increased for the first time since May, with more people admitted with the virus than at any time last summer.

The group says there is no evidence to suggest BA.5 is more severe than strains from previous waves or that it will lead to the high levels of hospitalizations, as witnessed in earlier points in the pandemic. However, with  hospitals already under strain due to staff shortages and record wait times, they urged caution.

“If BA.5 spreads widely, we may see a rise in deaths among higher risk groups such as the elderly as was observed during the previous waves,” they stated.

In addition to urging those 18 and older to get their third dose, they also stressed the importance of a fourth dose for those at increased risk.

“Anyone age 60 or over or immunocompromised should also take their fourth dose now,” they said, adding that vaccines targeting newer variants might be available this fall. “It makes sense to get the vaccines you are eligible for now.”

Quebec’s Top Doctor Says the Province Is in 7th Wave

“For me, it’s a seventh wave, it’s a surge that’s taking the shape of a wave,” he said on Thursday, adding that his claim still needs confirmation from Quebec’s public health institute (INSPQ).

Boileau — who attributed the rise in hospitalization to BA.4 and BA.5 variants of Omicron — said the numbers could peak in the coming weeks, but doesn’t see the situation worsening through the summer.

Quebec’s health minister, Christian Dubé, who joined Boileau during his announcement, said that no public health measures were being imposed just yet.

“There’s no specific announcement [today]. I don’t want anyone to get worried,” he said. “We’re no longer at the point of imposing things when people are well aware of the risks. It’s just a question of reminding them.”

Those reminders included urging people to follow the province’s isolation rules after testing positive, to avoid gatherings and to get boosted if they’re eligible.

“I’m saying the situation is under control, but we have to remain careful,” Dubé said.

As Ontario resident’s continue to enjoy a summer largely free of masks and other COVID-19 restrictions, a recently released analysis of death figures by researchers at the University of Toronto indicate that Omicron — the dominant variant of the virus — remains a serious threat for older adults.

Findings from the analysis, which was conducted by researchers at the University of Toronto for the Toronto Star, show that Omicron has been more deadly for Ontarians age 60 and over than the previous two waves combined.

While it was always understood that the variant spread more easily, many took comfort in reports that it caused less severe illness — particularly for those who were fully vaccinated.

But high levels of infection can spell danger as well.

“When enough people get infected … we get a large number of people who get hospitalized, and who might die,” Dr. Sharmistha Mishra, an infectious disease physician and mathematical modeller at Toronto’s St. Michael’s Hospital, told the Star of the analysis, which she conducted with her team at Unity Health Toronto. “And that’s what we’re seeing.

“The pathogen — the bug itself — doesn’t have to be very severe to cause havoc at a community or population level.”

The vulnerability of seniors to Omicron has also been felt south of the border. The New York Times reports that “almost as many Americans 65 and older died in four months of the Omicron surge as did in six months of the Delta wave, even though the Delta variant, for any one person, tended to cause more severe illness.”

“This is not simply a pandemic of the unvaccinated,” Andrew Stokes, an assistant professor in global health at Boston University who studies age patterns of COVID deaths, told the Times. “There’s still exceptionally high risk among older adults, even those with primary vaccine series.”

In January, the World Health Organization (WHO) warned that the Omicron variant can result in life-threatening illness for the unvaccinated, the elderly and those with underlying health conditions.

“We do know that mortality increases with Omicron with increasing age,” Maria Van Kerkhove, the WHO’s COVID-19 technical lead, said during a Q&A early this year. “We also have data from some countries that show that people with at least one underlying condition are at an increased risk of hospitalization and death, even if you have omicron as compared to delta.”

The Ontario numbers reflect this increased risk. The analysis shows that during the fifth wave, after Omicron emerged as the dominant strain in the province last winter, the peak in the rate of deaths in those 60 and older was 12 times higher than in the Delta wave last summer. It was also two times higher than the peak reached during the Alpha wave in spring 2021.

And during the most recent Omicron wave, which started in late March as the province dropped mask restrictions and capacity limits, the peak death rate was three times higher than that reached during the previous summer’s Delta wave.

By early April, Ontario was seeing an estimated 100,000 new COVID cases per day, the highest since the start of the pandemic.

Per-capita Omicron deaths for those over 60 in the province show a peak in mid-January before a decline lasting until the end of February. Another peak was seen in late March, as restrictions loosened, followed by a second, smaller peak at the beginning of May — a period of time that saw 1,348 people 60 and over die.

Since mid-December, Omicron has accounted for 3,771 deaths in that cohort — around 1,400 more than what was recorded during the Alpha and Delta waves combined. Most of those deaths were among those who had received fewer than two vaccine doses, the minimum to be considered fully vaccinated.

Now, on the heels of the analysis, Canadian Health Minister Jean-Yves Duclos stressed the need for Canadians to stay up to date with their vaccines, which he says may require a booster shot every nine months.

Speaking to reporters on Monday, he encouraged people who got a shot last summer to get their second booster, if eligible. In Ontario, a fourth shot is available to those 60 and over.

“The virus evolves and Omicron made us aware we will never be fully vaccinated against COVID-19,” said Duclos. “We have to maintain our vaccinations up to date.”

Most of his messaging, however, was aimed at those who still haven’t received their first booster.

As new Omicron subvariants emerge and experts predict another wave in the fall, many are pushing for provinces to extend fourth dose eligibility for those 18 and older.

Currently, the National Advisory Committee on Immunization recommends provinces and territories prioritize those 80 and older, long-term care residents and those who are moderately to severely immunocompromised for now, and launch more extensive booster campaigns in the fall.

But others in the medical community believe the time to act is now.

“I fully expect a more dire wave to be upon us by the end of the summer, early fall. It makes sense to be investing now in the tools that will prevent that,” Dr. Raywat Deonandan, epidemiologist and science communicator at the University of Ottawa told Newstalk 580.

As the debate continues, vaccine apathy remains an issue.

As of June 19, 81 per cent of Canadians had received two shots, while only 49 per cent had a third dose.

Dr. Samir Sinha, director of geriatrics at Sinai Health and University Health Network told the Toronto Star that the lack of vigilance we’ve seen with vaccines has extended to people’s feelings about the pandemic in general.

“Vaccination has been a gift but it’s only a gift if people keep up to date with their vaccinations,” he said.

“I’ve seen a lot more of my older patients, after being vigilant for two years, now being told all these messages that the pandemic is almost over, and then all of a sudden they’re getting COVID,” he added. “I’m not surprised that we’re seeing again the majority of the deaths that are occurring are amongst older people, because we know that they’ve always been the most vulnerable.”

COVID and Cognitive Impairment: Science Looks for Answers Into Why “Long-COVID” Sufferers Struggle to Bounce Back

“Living With COVID-19″: Beyond an Empty Phrase, We Need Tools to Manage Current and Future Waves