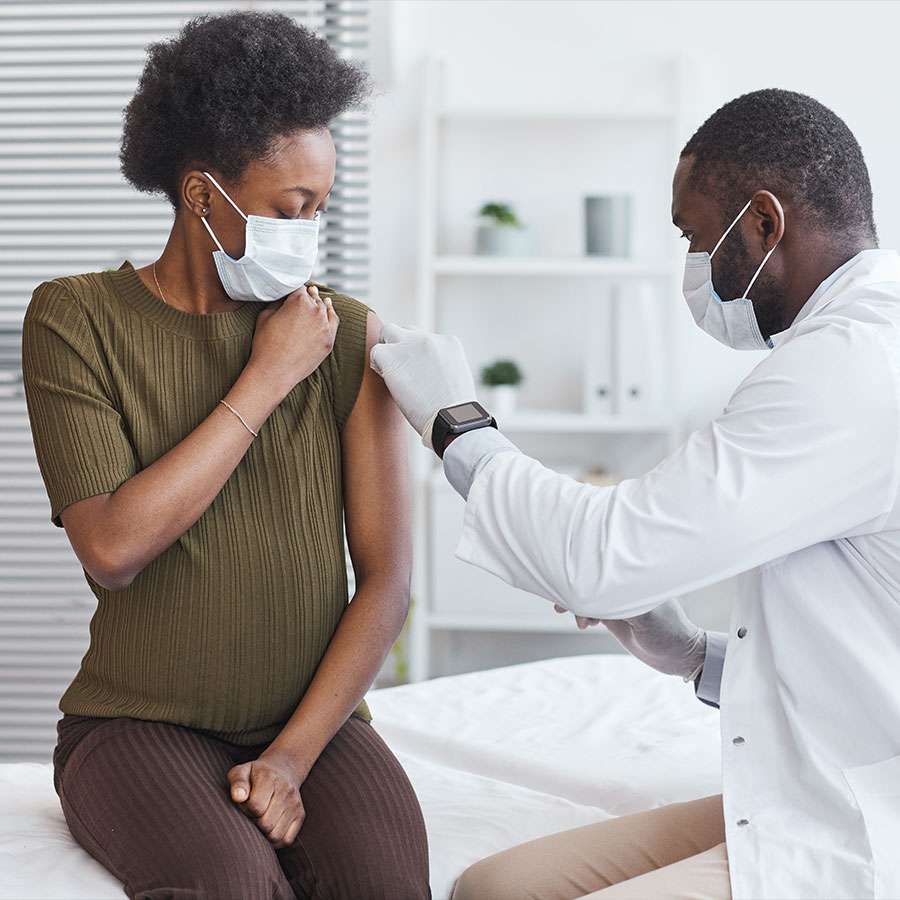 Ontario, which is currently in the grips of a seventh wave of COVID-19, announced on Wednesday that they would expand fourth dose eligibility to all adults in the province. Photo: SeventyFour/Getty Images

Heath Canada has approved Moderna’s COVID-19 vaccine for infants and children between the ages of six months and five years.

The vaccine, which is the first to be approved for children under five in Canada, will require two doses given around four weeks apart.

Moderna said a trial of 6,700 children indicated the vaccine was safe and produced a similar antibody response to vaccinated adults. A single dose for those in the age group is about one quarter of an adult’s dose and half the dose administered to kids ages six to 11.

The company’s vaccine for the age group was approved in the United States last month.

Not far behind is Pfizer’s pediatric vaccine for the same cohort, which was submitted to Health Canada last month and is currently under review.

The National Advisory Committee on Immunization is expected to provide advice on its use today.

The federal government is implementing mandatory random COVID-19 testing for international travellers arriving at four of the country’s major airports next week.

Random testing for fully vaccinated travellers — those who have had two shots of a recognized vaccine (Pfizer, Moderna or AstraZeneca) or one shot of the Johnson & Johnson vaccine — was suspended last month as airport authorities put pressure on the government to drop the measure, citing long delays.

Testing has remained in place for travellers who are not considered fully vaccinated.

However, to address delays, the government plans to move testing out of airports to nearby, off-site locations, including pharmacies. They also plan to introduce an online option, offering travellers a virtual self-swab option.

Randomly selected travellers will be required to complete a test within one day of their arrival.

“As demand for travel increases across the world, today’s announcement marks an important step in our progress to streamline testing processes outside our airports while preventing the further spread of COVID-19,” Transport Minister Omar Alghabra said in a press release.

Ontario is expanding eligibility for the fourth dose of a COVID-19 vaccine to those aged 18 to 59.

Dr. Kieran Moore made the announcement Wednesday morning, explaining that those in that age group can get their fourth dose (which is a second booster) if it has been five months since their last booster shot and at least three months since recovering from a COVID-19 infection. Previously, only those over age 60 or Ontarians who are Indigenous, immunocompromised or living in long-term care could receive the fourth dose.

The change will go into effect on Thursday at 8:00 a.m.

The news comes a week after it was announced that the province is in the grips of a seventh wave, fuelled by the Omicron BA. 5 subvariant. According to Moore, the variant has increased in prevalence since early June and has become the dominant strain based on wastewater data, test positivity, hospitalization and ICU admission.

While the announcement pertained to a younger cohort, Moore stressed that it should serve as a “real call to arms” to those who have an underlying illness or are at increased risk.

“This dose is really for those who are vulnerable,” Moore told reporters.

Moore maintained that those under 60 have strong protection against the virus more than six months after their first booster, but said the expansion of eligibility would allow Ontarians to make an “informed decision” based on their individual circumstances.

“You can seek independent consideration from your health-care provider, but if you’re young, [have] no underlying medical illness and have had your first two doses — so your primary series plus your booster — I think it’s fine to wait at present.”

He also assured Ontario residents that receiving a fourth dose would not interfere with eligibility for the new vaccine dose arriving in the fall — which is expected to target specific strains of the virus — though he did say there would be a minimum waiting period between doses.

Moore described the vaccine as a “combined vaccine, which may have two different strains of COVID-19 in it.”

As for any plans to tack on any restrictions like masking and capacity limits, Moore said he wasn’t recommending any further public health measures at this time.

“I think Ontarians have been prudent, have been cautious. When I go indoors or take public transit, many people my age continue to wear a mask and I think that’s brilliant,” he said.

What Is the BA.5 Variant and Why Does it Seem to be Reinfecting so Many People With COVID-19?

Long COVID: For the One in 10 Patients, COVID-19 Has Lasting Effects