From Promoting Longevity to Preventing Cognitive Decline, What’s the Optimal Amount of Sleep? 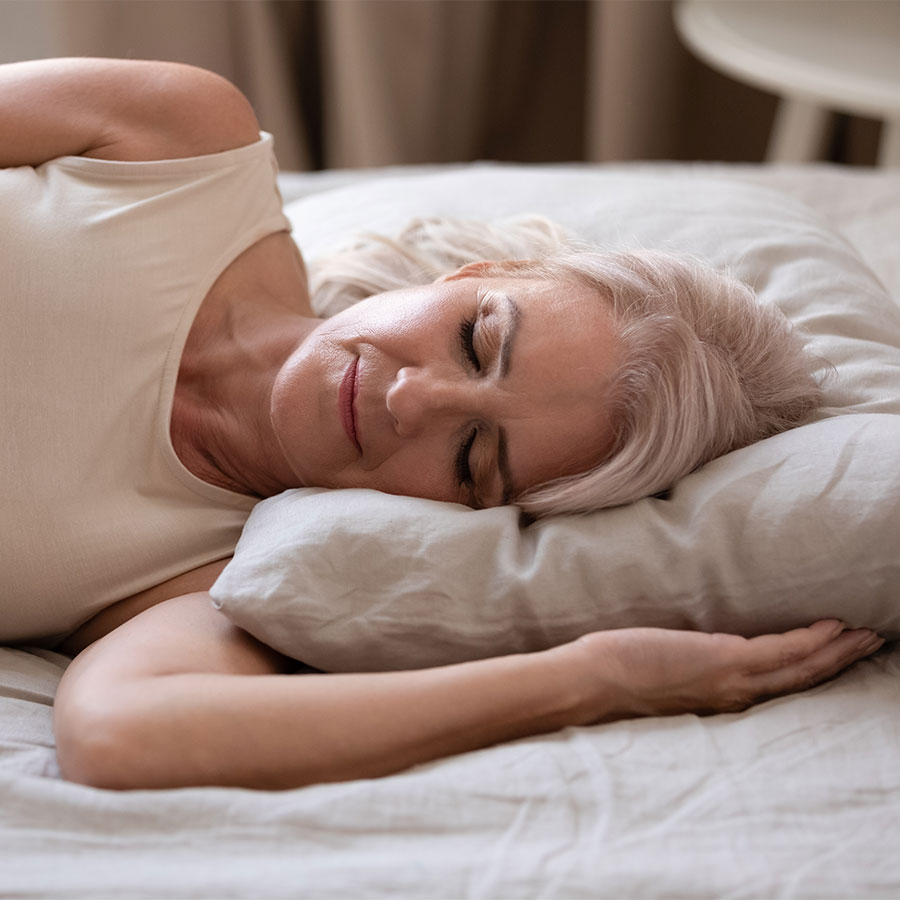 Research points to risks from too little sleep - but also from too much. Photo: fizkes/Getty Images

But just what is meant by “a good night’s sleep”?

Is there an ideal amount? Is there such a thing as too much?

Researchers from the University of Cambridge and Fudan University in Shanghai analyzed data from nearly 500,000 adults aged 38-73, in the U.K. Biobank. As reported here, the information included sleeping patterns, mental health and results from a battery of cognitive tests. The researchers also had access to brain imaging and genetic data on 40,000 of the participants.

The bottom line — seven hours is the magic number.

Both too little sleep and too much sleep were associated with impaired cognitive performance and poorer overall mental health. The data showed that: “People experienced more symptoms of anxiety and depression, and worse overall wellbeing, if they slept for longer or shorter durations.”

But why? What goes on in your brain while you sleep, and why is it so important to get the right amount? What’s the underlying mechanism that may be at work here?

From the article: “According to the researchers, one possible reason for the association between insufficient sleep and cognitive decline could be the disruption of slow-wave sleep — what we’d think of as ‘deep sleep’. Disruption of this type has been shown to have a close link with memory consolidation as well-being associated with a higher rate of β-amyloid accumulation — a key protein, the misfolding of which can cause degenerative plaques in the brains of dementia sufferers. Additionally, it may hamper the brain’s ability to rid itself of toxins.”

Another factor, from previous studies, is that “interrupted sleeping patterns are associated with increased inflammation, indicating a susceptibility to age-related diseases in older people.”

It all makes sense — but a more radical view of the need for sleep has been developed by researchers at the Applebaum Lab at Bar-Ilan University in Israel.

In this article, Professor Lior Applebaum explains that his research reveals that: “Sleep is conserved across evolution, even jellyfish, worms, and flies sleep — but why? All animals with a nervous system sleep, but it’s against evolution, against survival. If you sleep, it makes you vulnerable to predators – it doesn’t make sense at all … Many studies show that sleep is important for learning and memory — if you don’t sleep for several hours, your performance will be reduced, and you will be less successful in tests. But we took a more radical view. We thought sleep might be important for individual neurons and consequently also to the entire networks, because even animals with simple neural nets, like jellyfish and worms, sleep. This made sense to us, because it’s hard to believe that jellyfish need to consolidate memory, so why do they sleep? This was the starting point for our experiment.”

Working with zebrafish, “a transparent vertebrate making it easier to study,” the researchers developed tools enabling them to look inside a single cell and observe a single neuron while the fish was asleep or awake.

From this, Applebaum reports: “We found that DNA damage was accumulated in neurons during wakefulness, and this damage was reduced during sleep. DNA damage is a natural process that happens all the time in our cells, and there are many repair systems that fix this damage. But for some reason, in neurons, this ongoing repair is not efficient enough during wakefulness, so damage continues to accumulate and is only reduced during sleep, when the repair activity appears to be more efficient … So maybe this is why we have developed this strange behavior called sleep – to allow our neurons to perform nuclear or cellular maintenance. Sleep is the offline mode when you can access this repair process, and it appears you cannot do it while the brain is awake.”

This is a fascinating discovery and there’s considerably more information on it, including identification of a protein that promotes sleep. I’m putting together a more comprehensive post on this subject, which I hope to share with you soon.

How Old Is Your Brain? The Answer May Not Be as Simple as You Think