COVID-19, Influenza and RSV: Sizing Up the Fall/Winter Respiratory Virus Season and How to Keep Yourself Safe 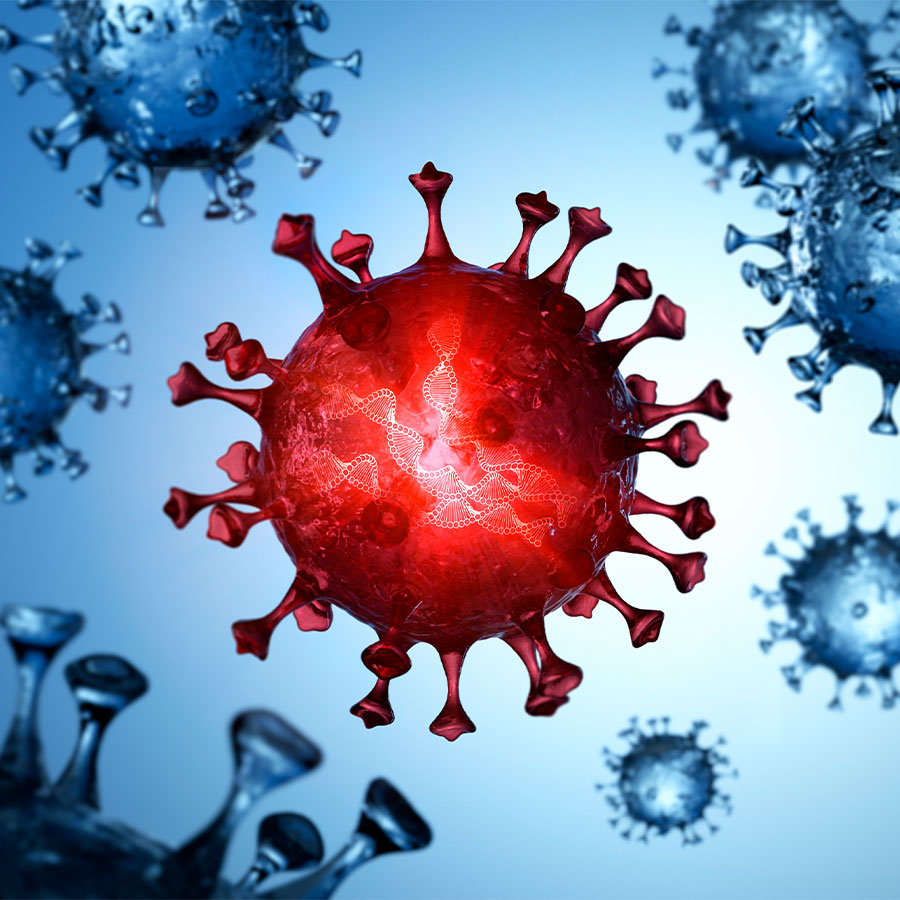 Public health experts in the Northern Hemisphere are predicting a fall/winter respiratory virus season for the ages — one that highlights the importance of global surveillance efforts and vaccines as tools in the fight against influenza (flu) and COVID-19. Photo: peterschreiber.media/Getty Images

Residents of Ontario are facing down a long autumn and winter thanks to the spread of three major viruses — COVID-19, influenza, and RSV (Respiratory Syncytial Virus), the latter of which causes lung and respiratory tract infections primarily in young children and older people. And now, the Public Health Agency of Canada is warning that the country as a whole has entered an “influenza epidemic.”

With ER wait times in Ontario hospitals reaching a record average of 45.2 hours in September, while pediatric hospitals like The Hospital for Sick Children are currently forced to delay or cancel surgeries in an effort to make staff and space available in their ICU — and the provincial government and chief medical officer stopping short of instituting a mask mandate — many residents of the province are understandably concerned about what this respiratory virus season has in store.

Below, Sameer Elsayed, a professor of Medicine, Pathology & Laboratory Medicine, and Epidemiology & Biostatistics at Western University, outlines the respiratory virus season threat and looks at the science behind keeping yourself as safe as possible.  —Mike Crisolago

Public health experts in the Northern Hemisphere are predicting a fall/winter respiratory virus season for the ages — one that highlights the importance of global surveillance efforts and vaccines as tools in the fight against influenza (flu) and COVID-19.

Prior to the COVID-19 pandemic, the annual respiratory virus season in northern and southern climates was an epidemic of sorts, one that was characterized by a rapid uptick in the rate of influenza (flu) and of influenza-like illness beginning in mid-fall, peaking in mid-winter and winding down in mid-spring.

The previously predictable pattern of influenza activity in the global North and South has become somewhat unpredictable in post-pandemic seasons. In the United States, approximately 36 million infections, 390,000 hospitalizations and 25,000 deaths due to flu were reported during the 2019-20 season.

In contrast, minimal influenza activity was noted in 2020-21 while the 2021-22 season saw a four-fold decline in activity compared to pre-pandemic seasons.

Implementation of strict public health measures during the COVID-19 pandemic was instrumental in reducing the incidence of flu and flu-like illnesses during the past two respiratory virus seasons in both hemispheres. However, the relaxation of these measures is expected to promote a tidal wave of respiratory virus infections in the weeks to come.

Influenza in the Southern Hemisphere

Despite the impact of COVID-19 on global health and the almost negligible level of seasonal influenza activity over the past two years, the Southern Hemisphere experienced a major shift in influenza activity during the 2022 respiratory virus season.

In Chile, the season began with a burst of influenza B activity in January, followed by a relative lull in March and April, and then a surge in influenza A that peaked in June. In contrast, Australia’s flu season started in March, had a record peak in June, and was dominated throughout by influenza A.

What’s in Store for Fall and Winter?

Unlike seasonal influenza, COVID-19 primarily behaves as a pandemic virus, with simultaneous, high-level viral transmission in all parts of the globe. COVID-19 activity may be “seasonal” in some respects, with higher rates of transmission during the fall and winter months when people are indoors more often than not and, consequentially, less socially-distanced.

The 2022 Southern Hemisphere experience serves as a harbinger for what to expect during the 2022-23 respiratory virus season in northern climates.

In the North, the respiratory virus season is already off to an early and blazing start, particularly in the U.S. and Canada, and appears destined to wreak havoc on health-care systems that are already struggling from the impact of COVID-19.

The Importance of Influenza Vaccination

Vaccination is one of the most effective public health interventions in our battle against influenza and COVID-19. Recommendations on the composition of flu vaccines are made biannually by the World Health Organization (WHO) several months in advance of the forthcoming respiratory virus season in each respective hemisphere.

However, licensing of influenza vaccines generally falls under national jurisdictions. Similar vaccine formulations are approved for use in the U.S., Canada, United Kingdom and other northern countries, and are now widely available.

Flu vaccine composition for the 2022-23 respiratory virus season in northern latitudes is based on surveillance of circulating influenza virus strains during the most recent respiratory virus season in the Southern Hemisphere. The WHO has recommended both quadrivalent vaccines (containing four strains) and trivalent vaccines (containing three strains), with no preference given to either formulation.

How Effective Are Flu Shots?

Vaccine-mediated protection against influenza infection, severe illness and death has immense public health ramifications, yet is often misunderstood. Vaccine effectiveness varies from one respiratory virus season to another and hinges on several factors, including the degree of vaccine mismatch with circulating strains, the use of high-dose versus standard-dose vaccines, prior influenza illness or vaccination, age, general health status, and public health measures such as social distancing, medical mask use, and travel restrictions.

Research has shown that the effectiveness of standard-dose flu vaccines in preventing severe influenza illness during the 2019-20 U.S. respiratory virus season was highest in young adults (60 per cent), relatively low in middle-aged adults (20 per cent) and modest or negligible in the elderly.

High-dose vaccines improve effectiveness to 30 per cent in the elderly. Therefore, people 65 years of age or older should receive a high-dose quadrivalent vaccine. Flu shots should be complemented by other infection control precautions including social distancing, indoor masking and frequent handwashing.

Do I Really Need a Flu Shot?

You can get a flu shot concurrently with a COVID-19 shot.

Influenza vaccines are considered safe and effective in virtually all individuals, despite the lack of robust evidence of protection in very young children and the elderly. Their use is akin to protection from wearing seatbelts; you may not necessarily be involved in an accident but if you are, the chances of survival and protection from serious injury are higher with their use than without.

During the 2019-20 respiratory virus season in the U.S, influenza vaccination prevented over 100,000 hospitalizations and over 6,000 deaths. Given the expected burden of influenza illness and the ongoing COVID-19 pandemic, the benefits of vaccination will likely be greater during the current respiratory viral season compared to those in the past few years.

What Is the Role of COVID-19 Boosters?

For COVID-19, the effectiveness of a two-dose primary vaccine series plus a single booster in preventing hospitalization is close to 90 per cent but gradually drops to around 65 per cent over the course of four to five months after the last vaccine dose. Bivalent vaccine boosters may serve as a means of preserving vaccine-induced immunity against newer variants of SARS-CoV-2.

COVID-19 vaccines remain part of an effective strategy to counter the next wave of infection. The latest bivalent vaccines manufactured by Pfizer and Moderna are recommended as boosters for individuals with at least two primary COVID-19 vaccinations.

The bivalent vaccines are believed to be more effective against the dominant BA.4 and BA.5 Omicron subvariants of SARS-CoV-2 than the original mRNA vaccines, but equal in effectiveness to first-generation bivalent vaccines that target the original strain and the BA.1 Omicron subvariant. The U.S., Canada and Europe have slightly different age-based and time-based eligibility criteria for these boosters.

Influenza and COVID-19 are expected to make headway during the current respiratory virus season in northern climates. Vaccination in conjunction with personal protective measures are the best means of staying healthy.

How COVID-19 Reshaped the Way We Buy, Prepare and Consume Food

You’re Doing All You Can to Protect Yourself From COVID-19, but What About Influenza?