Magic Mushrooms: Microdosing and the Pros and Cons of Psilocybin Therapy 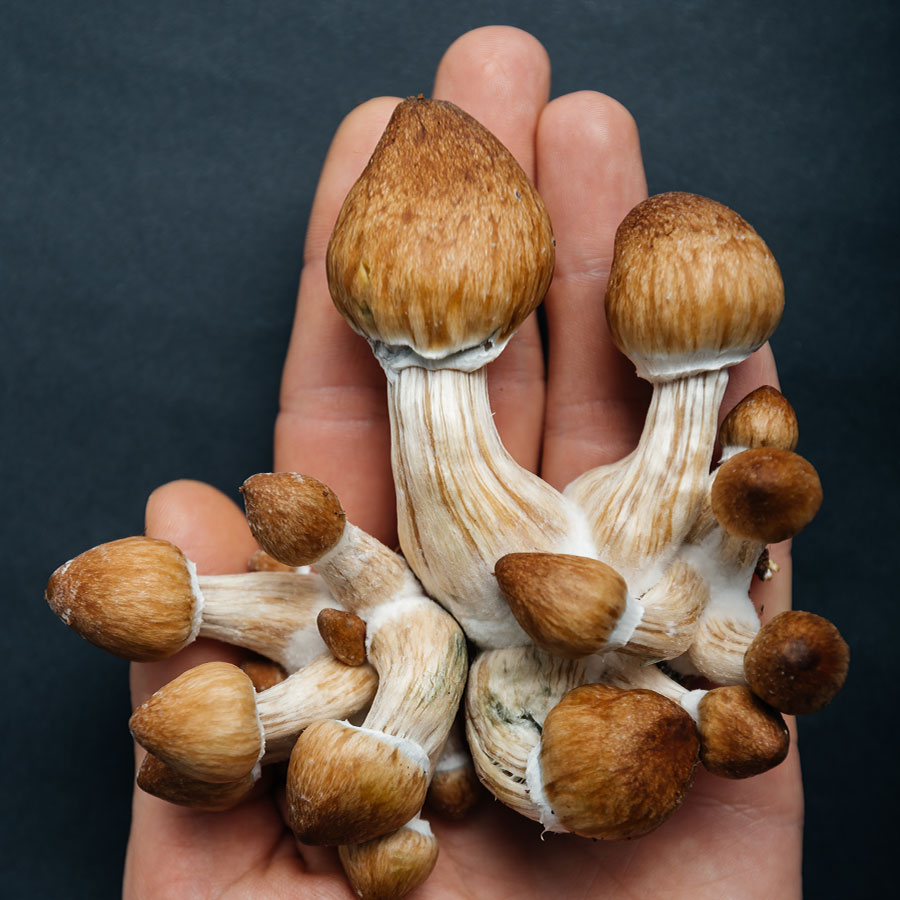 A global citizen science project led by Canadian researchers has found small doses of psilocybin — the psychedelic compound found in magic mushrooms — may help to improve mental health and motor skills in people over the age of 55.

While not conclusive, the results of the observational study are interesting enough to merit follow-up research, says Dr. Zach Walsh, a registered psychologist and a professor in the psychology department at the University of British Columbia’s Okanagan campus.

“It’s an important first step, but it’s far from getting us to the place where we’re going to start prescribing microdosing for people,” Walsh says. However, the study “gets us to a place where we can say, ‘Hey, maybe we need to do the kind of clinical trial where we could make some more definitive assertions around what this does.’”

The researchers followed 953 people who regularly take psilocybin in small doses — small enough to have no hallucinogenic effects — as well as a control group of 180 people who do not. The study says surveys have identified diverse practices when it comes to microdosing, but it generally involves taking 0.1 to 0.3 grams of dried mushrooms three to five times a week. Determining the dosage gets more complicated with all the products for sale, which include wild and cultivated magic mushrooms, psilocybin extract capsules, supplements and teas.

Magic mushrooms are illegal in Canada, and the researchers did not supply any psilocybin extract or mushrooms to participants or suggest where or how to obtain them. Rather, the study relied on voluntary self-reporting from people who use psilocybin of their own accord.

Over 30 days, participants were asked to complete a series of assessments of mental health, mood, cognition and psychomotor skills. That included a simple test, where they tapped their fingers on a cellphone.

Participants showed small to medium improvements in mood and mental health, but those over 55 showed measurable improvements in psychomotor skills in the tap test, says the study, recently published in the online peer-reviewed journal Scientific Reports.

Walsh says a loss of psychomotor skills is associated with neurocognitive decline, such as tremors earmarking the onset of diseases like Parkinson’s, so the slightly better performance on the tap test among microdosing older adults is intriguing. At the very least, participants who were using psilocybin in small doses did not appear worse off.

“That’s not to say it’s safe, but based on our data, we don’t see any big warning signs,” he says.

The study is the latest from a larger international collaboration involving UBC and Maastricht University in the Netherlands called the Microdose.me project. More than 20,000 citizen scientists around the world are taking part to study the effects of psychedelic substances, such as magic mushrooms and LSD, on cognitive performance and mental health.

The project also involves Paul Stamets, the well-known mycologist and co-founder of the Oregon/Washington/B.C.-based biotech company Myco
Medica Life Sciences, who, at 67, has been studying mushrooms for most of his life. He is also an advocate for the healing and transformative power of psilocybin.

“My lifelong journey has been resplendent with many episodes and personal experiences with psilocybin mushrooms that greatly informed me to be a better person, a better citizen; and I believe that psilocybin mushrooms make nicer people,” he says in a telephone interview from California. He notes psychedelics have been used for thousands of years by Indigenous peoples around the world for both medicinal and ceremonial practices, and even in modern times they have been of interest for their effects on a host of ailments.

Many older adults experimented with magic mushrooms in their youth and are rediscovering psychedelics for their potential health benefits. “The baby boomers are getting older … and as people get older, they’re very concerned about memory, agility and the ability to pass on the wisdom that they’ve gathered,” he says. “We have to have controlled clinical studies to prove that psilocybin therapy can improve these age-related neurodegenerative consequences.”

Although the production, sale and possession of magic mushrooms is against the law in Canada, they are readily available online. In Vancouver, some city dispensaries started selling psilocybin mushroom products once city police and politicians announced their support for decriminalizing possession of small amounts of illicit drugs in 2020. Health Canada has also licensed B.C.-based Optima Health to grow, make and market psilocybin — among other psychedelics — for research, and for patients who obtain exemptions for medical purposes.

Dr. Pamela Kryskow, a co-founder of MycoMedica Life Sciences with Stamets, is a family doctor and adjunct professor at Vancouver Island University and the lead on VIU’s new psychedelic-assisted therapy program, including the use of psychedelics in the treatment of alcoholism, post-traumatic stress disorder, depression and anxiety. She is a collaborator on the Microdose.me project, which was inspired by the volume of people who wrote to Stamets, to share details of their experiences.

Stamets says finding the correct microdose of psilocybin depends on potency of the mushrooms and body weight, not to mention its effects can decline with age, and some people are more sensitive to it than others. “Rarely, but it happens, some people feel no effects even at high doses, for unknown reasons.”

While Kryskow believes there may be treatment potential in psilocybin and other psychedelics, she says anyone curious about them should consult their physician first, especially if they are taking medications or supplements that could interact with them. If your primary care provider is not knowledgeable about psilocybin, you should consult a clinical pharmacologist, an expert in drug interactions.

She believes Microdose.me is a strong foundation for moving to clinical studies, “It’s important to study these medicines, because people are using them, so let’s find out what’s really happening. What are the benefits? Are there risks? Who should use them and who shouldn’t use them?” she says. “We need to know more.”

A version this article appeared in the Oct/Nov 2022 issue with the headline ‘Shrooms on the Brain’, p. 72.