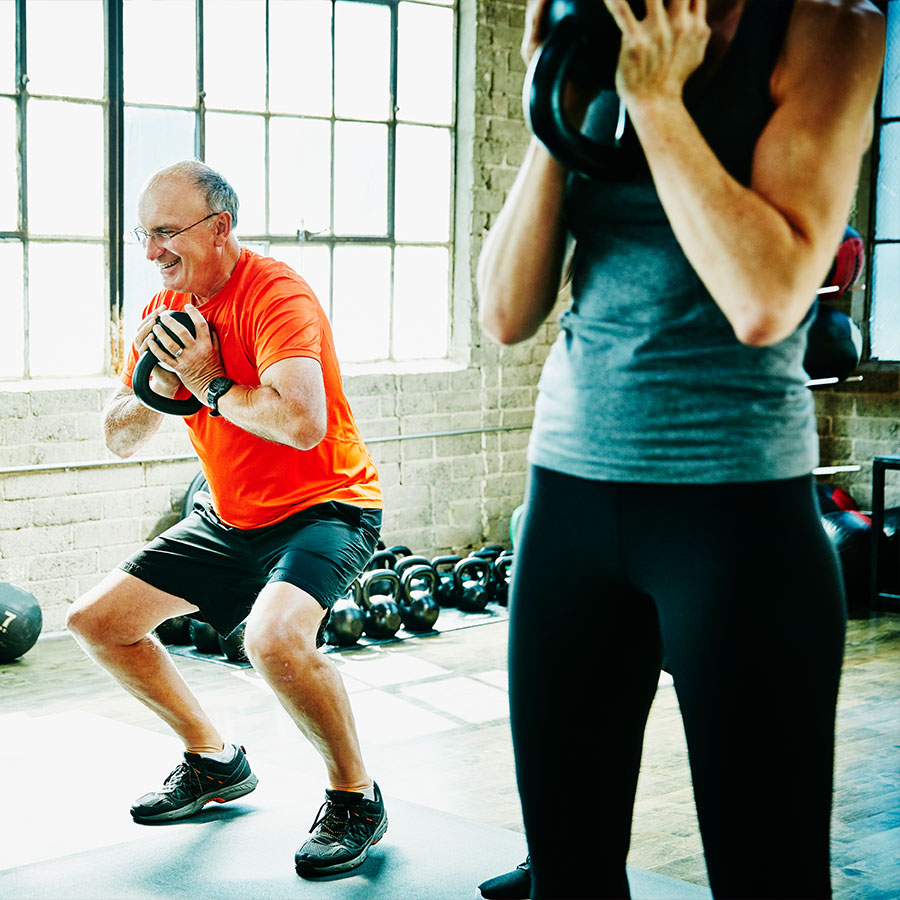 From strength training and getting your vitamin sunshine to establishing good habits, we look at everyday ways to boost your brainpower and your mood.

Faster muscle loss leads to steeper cognitive decline, according to research from McGill University involving more than 8,000 older adults enrolled in the Canadian Longitudinal Study on Aging. But muscles are a modifiable factor, says Anne-Julie Tessier, a registered dietitian and lead author of the study published on JAMA Network Open this past summer. “Exercise, especially strength training, and good nutrition can help to gain or at least maintain muscle mass over time,” she said in an email.

Lindsay Nagamatsu, director of the Exercise, Mobility, and Brain Health Lab at Western University, whose research focuses on this bi-directional relationship, explained it is a never-ending loop: “If our muscle mass is declining, that means that we’re less able to get up and do things; that’s going to cause a decrease in cognition,” and vice versa. To determine muscle condition, she recommends seeing a registered kinesiologist to assess physical function. But there are a few simple things you can do to break the cycle:

1] Build lower extremity strength by doing squats — this helps to prevent falls and to climb stairs.

2] For those with mobility issues, try resistance bands to exercise your chest, back, arms and legs.

3] Protein, protein, protein. To maintain muscle mass, Tessier advises that you have a good source of high-quality protein at each meal, such as milk products, eggs, fish, meats, legumes and nuts.

Fall in Canada may be pretty, but daylight, a natural source of vitamin D, is on the wane. We know light deficiency can alter our moods (hello again, seasonal affective disorder), but now researchers say they’ve found a link between vitamin D deficiency and dementia risk. In a study published in the August issue of the American Journal of Clinical Nutrition, the authors reported that 33,000 U.K. participants aged 37 to 73, who had a genetically higher level of vitamin D – blood concentrations of over 50 nanomoles per litre (nmol/l), an amount considered sufficient to maintain healthy bones – had a decreased dementia risk, “with the odds of dementia decreasing with higher … concentrations.” In this group, the researchers observed that up to 17 per cent of dementia cases might have been avoided by boosting vitamin D levels to a normal range. But modifications to diet may not be enough, and supplementation may be needed.

According to a 2013 report from Statistics Canada, 34 per cent of the population took a supplement containing vitamin D; 85 per cent of those pill poppers were above the 50 nmol/l cut-off compared with 59 per cent of non-supplement users. For those under 70, Health Canada’s recommended dietary allowance (RDA) for vitamin D is 600 IU (15 micrograms), while the RDA increases to 800 IU (20 mcg) for people over the age of 70. If you’re not already taking the sunshine vitamin, ask your doctor to check your levels to see if supplements are right for you.

There is a simple nugget of good advice in James Clear’s massively bestselling guide to happiness and success, Atomic Habits: An Easy & Proven Way to Build Good Habits & Break Bad Ones.

If you have habits that make you unhappy, or lack habits that might make you happier, don’t leap from one scheme and break through to another; change one small thing every day, and be patient. It takes years to break habits like smoking or overeating. So it should be no surprise, he says, that it takes just as long to make new ones.

Clear was a teen athlete when his face got smashed by a rogue baseball bat. He almost died.

Trying to recover and excel in spite of his accident, he was forced by physical and mental obstacles to take it step by small, careful step.

Six years later, he was one of the top athletes in the U.S., and got his college’s medal for academic achievement.

To pass his hard-won wisdom along, he brings in lessons from pioneering psychologists Edward Thorndike and B.F. Skinner, neurologist Viktor Frankl and even German philosopher Friedrich Nietzsche to formulate his own four laws: Make it obvious; make it attractive; make it easy; and make it satisfying.

No gimmick, just example after solid example making a convincing case that this might actually work.

A version this article appeared in the Oct/Nov 2022 issue with the headline ‘The ‘Body + Mind + Spirit: Easy wellness advice for health and happiness’, p. 24.