The Mindful Midlife: Expert Tips for Navigating Your Second (and Third) Acts 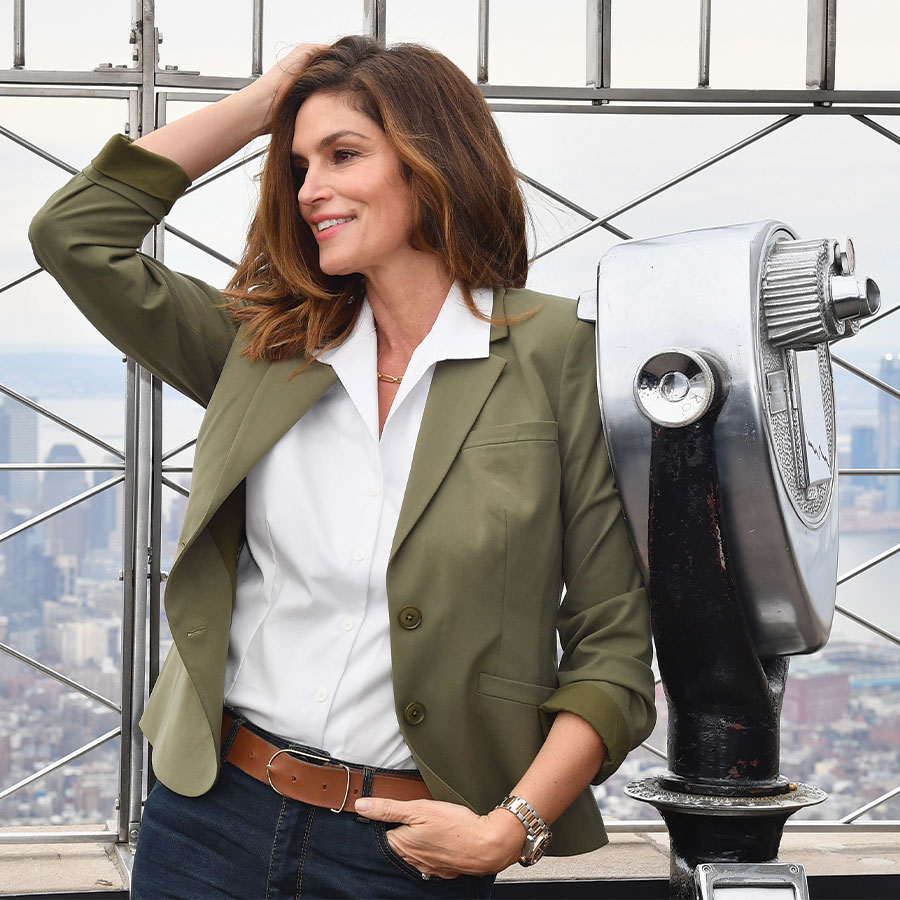 Cindy Crawford, pictured here in 2020, recently hired a life coach to help guide her through the mysterious wilds of midlife and beyond. Photo: Angela Weiss/AFP/Getty Images

Once viewed as the beginning of the end, older adults have reclaimed midlife as a time of dynamic reinvention when experience intersects with possibility.

A couple months back, Cindy Crawford, 56, had an epiphany in the heart of Nevada’s Black Rock Desert. Attending Burning Man with her 21-year-old daughter, Kaia, the evergreen supermodel found that the freewheeling vibe of the festival — an infamously libertine rave and ‘fire celebration’ renowned for its wow arts projects — triggered a spell of existential rumination.

At a distance, the only travails Crawford appears to have endured is that time her son Presley tattooed his face and when she and her husband, tequila billionaire Rande Gerber, had to deftly circumvent their then-teenage daughter’s infatuation with a mid-breakdown Pete Davidson. Otherwise, one guesses they spend their days counting million dollar bills and downing margaritas with George and Amal at their Architectural Digest-worthy adjoining villas in Mexico. A literal poster girl for Having It All, what could a mid-century Crawford possibly feel was missing in her existence?

“It’s me questioning, at this point in my life, do I still want to be all of those things that I unconsciously signed up for,” she explained in an ensuing interview with Haute Living. “Having stepped into these roles — mother, wife, whatever … it’s easy to get caught up in these roles, and to feel introspective as a result. Like, who am I? I don’t know. Maybe I’m just going through a midlife crisis …”

Defining herself as “very, very organized; the type that gives myself exactly the amount of time I need for any specific activity,” Crawford wondered, how much of that time was truly her own and how, really, did she want to spend her time, as a woman whose next benchmark birthday will be 60. So, she got herself a midlife coach.

“One of the things that she speaks to me about is time. Where do I feel constricted, where is it stressing me out? I never scheduled in unscheduled time, and I’m doing more of that. Finding ways to give myself more breathing room. That’s where I’m at in my life, leaving a little bit more cushion for the unexpected.”

If an iconic beauty with a wildly successful professional life and a happy marriage now in its 24th year, who counts Richard Gere as an ex-husband and the Clooneys among her best friends, needs a little expert guidance through the mysterious wilds of midlife and beyond … then, don’t we all?

Yes, say a raft of experts who’ve sprung up to help finesse this previously unmapped, equidistant terrain. Considering retirement, dealing with empty nest syndrome, the particular glories of youth receding in the rear-view mirror, midlife can be a time of confusion and stagnation — or reflection and transformation. And it’s a trickier journey for women, who are simultaneously presented with a decade of hormone-related symptoms, brain fog and depression to weight gain, that also have to be managed.

While that’s nothing new, how we approach it has changed enormously over the last few years. Thanks to a massive, market-shifting generation of baby boomers who are busy reimagining what was once genteelly referred to as one’s golden years. Pioneering a more dynamic and rewarding approach to midlife, resources have ballooned. Google “midlife coach” these days and you get 3,970,000 results. The practice now warrants its own specified therapeutic certification and a number of dedicated sites, like The Mindful Midlife, offer customized plans to wrest you from your half-century confusion or fifty-something funk.

“There’s a point when an evaluation process tends to begin,” says Sara Smeaton, a certified Toronto midlife coach who’s appeared on CBC and CTV.  “Sometimes it has a catalyst like a divorce, a change at work, a health scare, the death of a parent. Other times, it’s not attributable to one major event but a build-up of things that come together to create a sense of “Is this all there is? Coaching helps us answer the questions that are bubbling up.”

Five years ago, it was her own midlife crux that saw Smeaton, 51, leave her job in the media industry, where she was an editor for an online magazine, to retrain as a midlife coach. “I was asking myself these questions and felt alone in all of it, primarily because I didn’t have the words to talk about it with friends or family,” she explains. “I didn’t realize how common it is or that midlife coaches existed. Having someone like me to guide me through it would have saved me a lot of time and confusion.”

Armed with a 15-point Midlife Manifesto, Smeaton emphasizes that our most powerful, creative and fulfilling years can still lay ahead of us. To help clients tackle the seemingly amorphous existential angst, she has them ask themselves some fundamental — and clarifying — questions. What path am I on? Where does it lead? Am I choosing it? What is still in me that I haven’t explored? What am I sick of feeling, doing or being? What is left in me to explore and discover? What am I curious about?

“I grew into a new way of being in my late 40s and realized that I had never felt so powerful. I was in charge of my own choices and coming into my own in a way that I hadn’t before,” Smeaton says. “Instead of feeling like I was ‘too late,’ I felt that I was right on time. That everything that had come before was being combined with everything that was still possible, that midlife is a fantastic, unique time when experience and possibility exist in equal measure.”

Passionate about helping people make that perspective shift and “not waste this fruitful time feeling stuck in how they’ve always been or always done things,” Smeaton gives her clients the tools they need to create a foundation for change across a 12-week coaching phase, which is followed up with a plan they co-create that suits their individual needs and situations.

“I offer clients a place to slow down and focus completely on themselves, something many aren’t used to. And together, we get to be curious, creative, playful, emotional, honest, intimate, intuitive — and strategic,” explains Smeaton, who works one-on-one but also runs groups for midlife women. “We always come back to a practical application for what we’ve learned,” noting that she’s had clients quit their jobs, relocate, find relationships after years of being single, leave relationships, improve their health, change careers, start businesses, close businesses, go back to school, write books or “start getting paid for something they thought was no big deal, but actually was a huge talent and very valuable.”

“Things have changed a lot since I started working in this space. Five years ago, midlife was viewed as the beginning of the end and my perspective that these were actually our ‘power years’ was quite radical,” Smeaton says. “Now there’s a new paradigm, that midlife is time to reinvent, but the model often emphasizes youthfulness as the unspoken goal.

“In contrast to that ageist view, my dream is that we eventually come to see that humans evolve and grow from the beginning of life to the end of life. That no one stage is better or worse, but different and valuable, that we follow our curiosity into new passions, adventures, and endeavours — regardless of age.”

Magic Mushrooms: Microdosing and the Pros and Cons of Psilocybin Therapy

Body, Mind & Spirit: Expert Tips for Staying Healthy and Happy as You Age