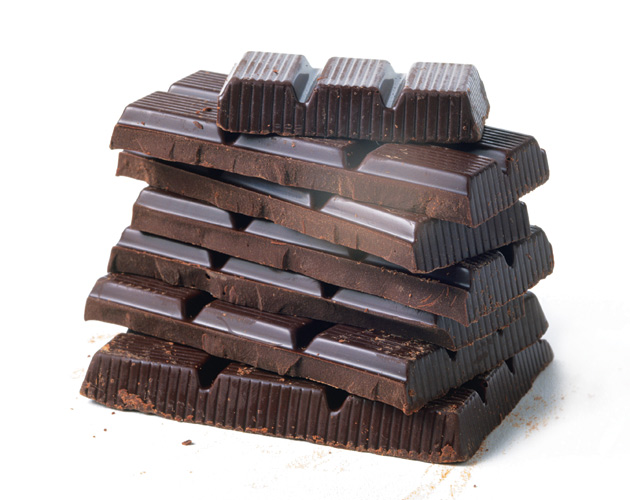 Who says the kids at MIT were only about quarks, electrons, and semiconductors? Turns out that for the past 6 years, a popular club at the prestigious school has celebrated the science of chocolate!

The Boston Globe has an article about The Laboratory for Chocolate Science here, and the kids have some cool scientific facts I’d like to share.

Here’s what I learned from my left-brained friends at MIT, plus a delicious how-to video from them on tea-infused chocolate truffles:

1. Chocolate has no caffeine! Can this be true? Yes, according to a 1993 article in the journal Biochemist, as quoted by the MIT peeps. Processed chocolate, broken down into its chemical elements, showed an undetectable amount of caffeine. Which explains, perhaps, why I can’t handle a single cup of coffee, but can down a LOT of chocolate.

2. Chocolate contains serotonin. We knew chocolate made us feel good, and here’s why. Serotonin, which is the most concentrated of all the neurotransmitters contained in chocolate according to the MIT site, is responsible for feelings of well-being and contentment, as well as curbing anxiety and depression.

3. Chocolate can “bloom.” You know when you open a package of chocolate that’s been sitting on the shelf for awhile and it has some white shmutz on it? This is called “bloom,” and it happens when, over time, fat (cocoa butter) molecules suspended inside the chocolate bar rise to the surface and recrystallize. “Bloomed” chocolate is not dangerous to eat, but it will be dry and less flavorful than the original product.

4. Chocolate is a “polymorph.” No, this doesn’t mean it can take the form of broccoli or 12-grain bread. But it does mean that there are multiple ways – VI, to be precise (they’re given Roman numerals) – to arrange the particles of chocolate in its solid phase. The most desirable is polymorph V (5), which is stable enough for that pleasant “crack,” but still fluid enough to have that delicious melt-in-your-mouth feeling that we all crave.

5. Chocolate is cool(er than us). In its optimal form (polymorph form V), chocolate’s melting point is around 35 degrees Celcius. This is just below the average temperature inside the human body. The slight difference is the scientific reason why chocolate melts in that sloooow, delectable way: it’s warm enough to melt, but not so warm as to liquify on contact.

Check out a video of the MIT chocolatiers in action here.