Potent Pulse: The Importance of Lentils 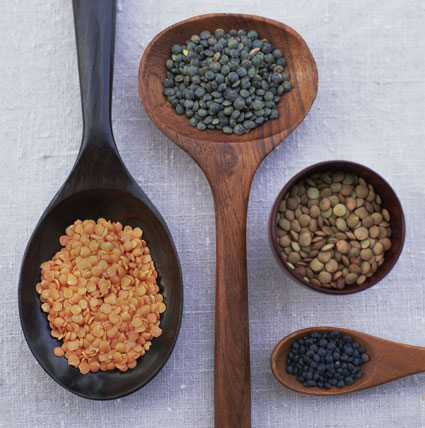 Humans have consumed the seed of the lentil plant for tens of thousands of years, perhaps because those seeds offer impressive diet must-haves.

Four types are grown in Canada – we’re the world’s leading exporter – and they’re all an excellent source of micronutrients, which our bodies need to maintain a host of functions. They include iron (important for immune health), potassium (higher dietary intake is associated with lower rates of stroke and reduced risk of cardiovascular disease), selenium (an antioxidant shown to have anti-inflammatory properties) and manganese (in conjunction with other minerals, it decreases post-menopausal spinal bone loss and reduces pain from rheumatoid and osteoarthritis).

And, of any plant-based food, lentils contain the most folate, which helps prevent changes to DNA that may lead to cancer. Lentils also deliver macronutrients, the primary energy-givers: fat, carbohydrates and protein. Just a ¾ cup (175 ml) serving has 13 grams of protein – almost half of what you get from eating the same sized serving of beef but with less than a quarter of the fat. And, carb-counters take note, although half a cup of cooked lentils represents one carbohydrate serving, as much as 40 per cent of that is fibre, well-known for lowering blood cholesterol.

Tsang, who is the nutritional spokesperson for Canadian Lentils, recommends replacing meat and empty carbohydrates with lentils. A study showed that people who regularly ate pulses (dried beans, lentils and mainly dried peas) weighed less and were 22 per cent less likely to be obese.

“Because lentils are high in fibre and high in protein, when you eat them, you generally feel full a lot earlier and faster, so you’ll be eating less,” she said. “That’s why they are very important for weight loss as well as for diabetes management.” Something to consider as November is diabetes awareness month. Tsang uses lentils on salads and in soups, curries and wraps, pre-cooking them for ease and points out that they don’t need soaking as do other dried pulses. Much like rice, you add them to water or broth (after a quick rinse), bring to a boil, reduce to  a simmer and five to 30 minutes later depending on whether they’re split or whole, they’re ready and can be kept in the fridge for three days to a week.

To promote the humble legume, Canadian Lentils enlisted famed chef and Food Network Canada host Michael Smith for 12 webisodes, covering everything from cultivating to cooking. Smith, a proponent of nutritious home cooking, suggests “sneaking” lentils into your cuisine. He uses green lentil purée (naturally gluten-free) to thicken sauces and stews instead of cream or flour and says it can replace 80 per cent of butter in baking recipes. “Lentils don’t have to be exotic or esoteric,” he says. “They’re as simple as it gets.” Try his vegetarian chili next time you’re cooking for a crowd – it’s so hearty that no one will miss the meat.