Go with the Grain 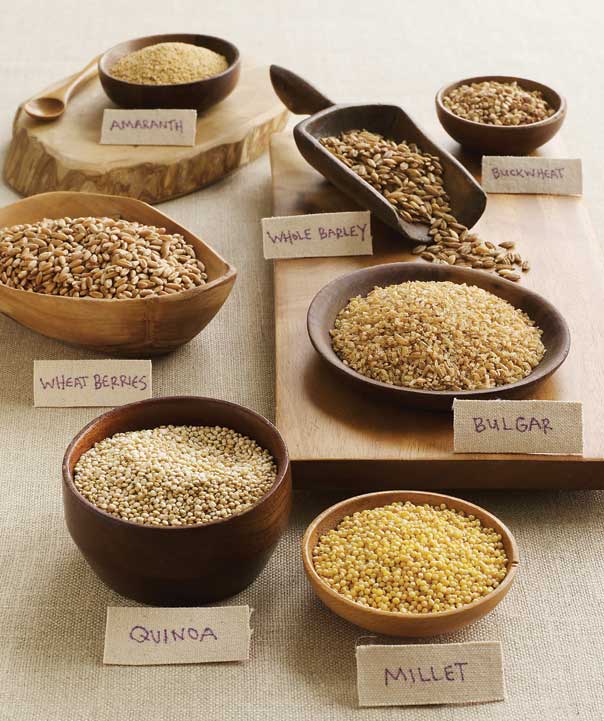 Back in the day, whole grains had not entered the nutrition lexicon. Yet, choosing whole grains now certainly isn’t a new dietary phenomenon – think somewhat ancient civilizations in what’s been identified as Blue Zones: Central America, Japan and the Mediterranean among them, where whole grains are a staple as is healthy longevity.

Yet it wasn’t until 2007 that Health Canada recommended at least half your daily grain products consist of whole grains, whose kernels retain the bran, germ and endosperm, all of which contain valuable nutrients that play an important role in your diet (even Wonder Bread is fortifying and adding more whole wheat and grains to the mix).

But not all whole grains are created equal, so it’s important to separate the wheat from the chaff, so to speak.

Recent research supports a continued endorsement of whole grain products over more refined grains (whose bran and germ have been removed, negating much of the nutritional value), which include white and even breads that are labelled whole wheat, which means they’re not necessarily whole grain.

Not only are whole grains low in fat and an important source of fibre, their consumption is linked to many health benefits, particularly as we age. A study by the University of California determined that individuals who consume three to five servings of whole grains a day have a lower risk of cardiovascular disease, Type 2 diabetes and weight gain. And another study published in the British Medical Journal in 2011 showed a high intake of dietary fibre, particularly from cereal fibre and whole grains, was associated with a reduced risk of colorectal cancer. Research published by the department of nutrition at Utah State points to the connection between a diet high in whole grains and a reduction in inflammation to explain whole grains’ beneficial effects.

There are many choices when it comes to whole grains, including wheat, spelt, barley, oats, buckwheat, amaranth, quinoa, wild rice, kamut, teff and millet – just take care to watch for the caloric density in some of these. All good things in moderation, after all.

Of course, when it comes to pasta, many people still prefer the classic white semolina products to whole grains. If you’re not a fan of the whole-grain variety, try kamut, which has a lighter texture and taste. Most major grocery stores carry it. Chef Rocco DiSpirito uses it in his revamped classic Spaghetti and Meatballs in his cookbook Now Eat This! Italian: Favorite Dishes From the Real Mamas of Italy – All Under 350 Calories – yes, all under 350 calories. And, even his version of meatballs uses whole grain cereal. Buon appetito!