Berry Good for You 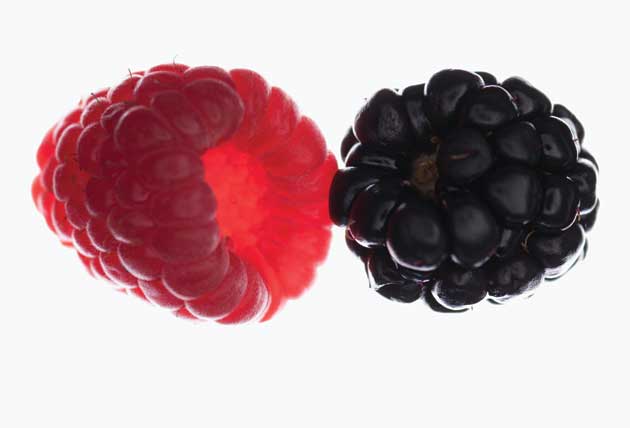 Summer’s sweet treats are heartier and healthier than we thought.

Newfoundland blueberries are better for you. I’ve often heard the claim from my  brethren on The Rock. It’s a harsh life for berries, blue or otherwise, on North America’s most easterly isle; the growing season is short, the winds rarely break and the soil … well, there isn’t much of it (it’s called The Rock for a reason).

But all the better for berries, according to Dr. Mary Ann Lila, director of North Carolina State University’s Plants for Human Health Institute at the N.C. Research Campus. “Newfoundland – that’s wild blueberry country!” Lila exclaims. “Of course, the salt spray has something to do with it, the shorter [growing] season … Animals and plants have co-evolved, and the same compounds that a plant produces to protect itself against environmental stresses are beneficial to the animals eating them, including humans.”

The science of xenohormesis – the phenomena by which organisms produce phytochemicals (mostly polyphenolic chemicals in the case of berries) when triggered by environmental stress and the longevity-conferring effects for consumers of those plants – is one of the reasons Lila began studying wild berries. “The genus Vaccinium, which includes blueberries, lingonberries [also known as partridge-berries or cowberries], cranberries and huckleberries, have a very complicated phytochemistry to the point where consuming them can actually counteract a lot of other bad things.”

Polyphenols are known to benefit the cardiovascular system and improve heart health, contain anti-tumour and anti-carcinogenic properties, have antioxidant properties to reduce the effects of aging (even when applied topically) and most have anti-inflammatory properties. It’s this last virtue that Lila considers most important. “Almost all of your chronic human diseases cause chronic inflammation,” she says. “It’s less well studied [and] less easy to measure than antioxidant capacity but probably way more important in terms of human health, and berries really have that wrapped up.”

Whether cultivated or wild, fresh or frozen, blue or not, Lila is a “belie-berrier.” “The thing that’s so intriguing about the berry is they have such a mélange of chemicals that all interact with human therapeutic targets to help counter disease and regulate metabolism,” she says enthusiastically. In Healing Foods: Eat Your Way to a Healthier Life (DK), homoeopath and naturopath Susan Curtis, journalist Pat Thomas and medical herbalist Dragana Vilinac document 175 foods, including berries, and their specific healing benefits such as the following.

Blackberries Benefit: Contain salicylic acid, a compound with properties similar to Aspirin, which could help protect against heart disease and lower blood pressure.

Cranberries Benefit: The antioxidant proanthocyanidin, which gives the berries their bright red colour, can inhibit enzymes associated with the buildup of plaque, acid formation in teeth and receding gums.

Strawberries Benefit: Contain the phytochemical ellagic acid that scavenges for, binds to and helps neutralize cancer-causing chemicals in the body.

The book also delivers 150 recipes, including refreshing Blackberry Lemonade and tips like the proper way to freeze blueberries (spread on a baking sheet in the freezer overnight to freeze them individually before packaging). And Lila warns against heating berries beyond 20 or 30 seconds in the microwave, which a recent study from her lab showed to “knock the heck out of” their bioactivity in contrast to traditional heating methods, which slowly heat from the outside in, leaving the beneficial compounds potent. “Berries are wonderful and in a class by themselves,” Lila says. “And blueberries [are] at the top of the heap.” Lucky for us that Canada is the world’s second-largest producer of the little blue super spheres.