Eggs-Posed: Are Eggs Healthy or Not? 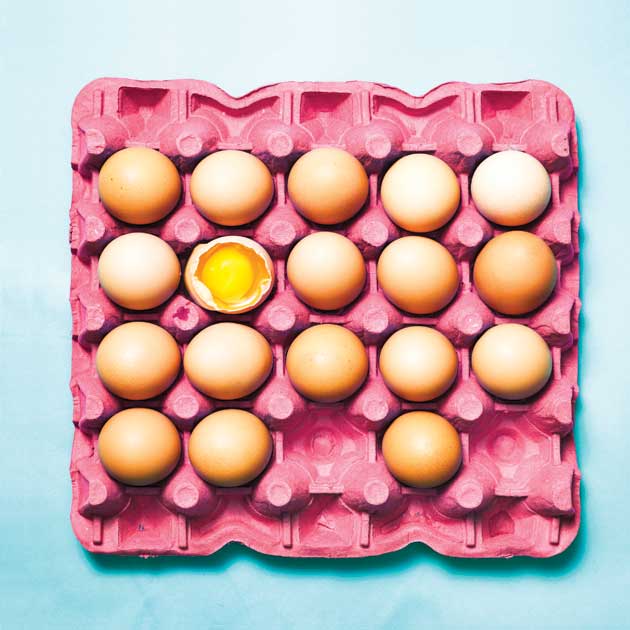 The egg yolk spattered off the fan last summer when researchers at Western University provocatively compared the risk of plaque building up in arteries (atherosclerosis, sometimes called hardening of the arteries) from eating egg yolks to that from smoking. Patients surveyed who usually ate three or more egg yolks a week had 60 per cent as much plaque as heavy smokers. (The study pointed out that people with diabetes were at even greater risk.)

RELATED POST: The Best Foods for a Long Life

The apparent link to atherosclerosis had people wondering, not for the first time, “Should I be eating eggs?”

Other scientists weren’t convinced. They thought the study, among other things, didn’t take into account foods participants ate with the eggs – such as sausages, bacon, buttered toast and salt – nor did it consider whether their subjects were sedentary. (It partially relied on body mass index, indicative of inactivity and high sugar and fat caloric intake; and on blood pressure, suggestive of salt ingestion.)

More recently, British scientists evaluating data culled from a number of previous studies (a meta-analysis), disagreed with the Canadian findings, concluding that eating up to one egg a day is not associated with an increased risk of heart disease or stroke. Indeed, they said eating saturated fats (found mainly in high-fat animal products) could do more cardiac harm than did cholesterol consumption. For healthy people, cutting back on eggs would be less effective than following a healthful diet. They agreed, however, that for diabetic people, a daily egg significantly raised risk of cardiac disease, and this deserved more investigation.

Humans have been eating this nutritional powerhouse since some caveman found a clutch of eggs in a nest (the first birder perhaps?). Ancient Romans munched peafowl eggs, while Egypt’s pharaohs feasted on pelican eggs; and an ostrich egg undoubtedly fed a family on the African Savannah. In our society, chicken eggs are an inexpensive and sustaining ingredient in dishes savoury and sweet. They make quick and nourishing meals for people who don’t want to cook long and large – often older people living solo.

Shell colour doesn’t affect the egg’s considerable food value. A large (50 gram) egg contains about 70 calories, depending on how it’s cooked, with vitamins, minerals and six grams of protein that has all nine essential amino acids that the body can’t make. Yolks include approximately 200 milligrams of cholesterol and 1.5 grams of saturated fat, as well as eye-protecting lutein and choline, essential  for brain and liver function.

But here’s some up-to-date advice on egg consumption from Karen Trainoff, a registered dietitian and senior manager of health partnerships for the Heart and Stroke Foundation. “People should know their cholesterol levels. Most healthy people can consume, at most, an egg every day – but keep dietary cholesterol under 200 milligrams a day,” she says. “If they have a history of diabetes, heart disease or high cholesterol, we recommend having no more than two [whole] eggs a week.”

In other words, be as moderate as the humble egg.

How to Boil an Egg: Poach One, Scramble One, Fry One, Bake One, Steam One by Rose Carrarini (Phaidon Press) transports you to Paris, with recipes from the author’s renowned Rose Bakery, an Anglo-French bakery and restaurant. You’ll want to frame the delicious realist illustrations of Green Fried Eggs, Îles Flottantes and other delights painted by botanical artist Fiona Strickland.