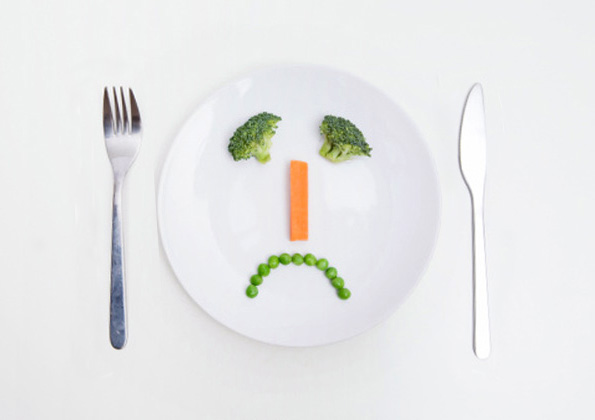 We’ve all been there. Desperately wanting to lose those few extra pounds, or in some cases a lot of extra pounds, but no matter which diet we try we always seem to end up where we started from. It’s frustrating and demoralizing and it tastes like failure.

But it doesn’t have to be this way, says Dr. Yoni Freedhoff, an Ottawa-based obesity expert and the author of The Diet Fix: Why Diets Fail and How to Make Yours Work.

1. We think dieting has to be painful.

“The past 60 to 80 years of modern day dieting has been predicated upon the notion that dieting success is about suffering,” says Dr. Freedhoff. “It suggests that people struggling with their weight don’t deserve to eat like normal people or use food for comfort and celebration. Instead they’re only supposed to use food for fuel and shut off the other normal uses. This doesn’t work.”

Trying to starve yourself into thinness doesn’t work either. “Hunger is a very powerful physiological force,” says the diet doctor. “It’s second only to breathing for survival. To think we can fight 100 million years of evolution which has made our bodies really good at securing calories simply because we want to get into a particular clothing size is folly.”

“People undertake exercise regimes that are truly ‘regimes’,” he says. “People see these shows on TV where they suggest that exercise to the point of throwing up is desirable. Again, that is not a lifestyle – it’s a life sentence.” People also tend to overestimate the number of calories they’re burning, which can lead to frustration. “As a consequence, exercised-based approaches to weight management tend to get disappointing quite quickly,” he says. “That’s why gyms are busy in January and empty in March.”

4. We eat out too often and consume too much processed food.

“We’ve been duped by the food industry and our own willingness to believe you can find health and weight loss in restaurants or boxes, but it doesn’t work that way,” he says. “We, as a society, seem to be using restaurants and processed foods like our grandparents used refrigerators and the produce drawers.” Dr. Freedhoff says he sees far more people who eat out three to four times a week than he does people who eat out three to four times a month. That equates to weight loss woes. “The calories we consume in restaurants are non-intuitive and astronomical in many cases. That salad you order might have more calories than a person burns in an entire day.”

5. We don’t think about the calories we’re drinking.

“People are usually aware that sugar-sweetened beverages can be problematic but they don’t always think about the cream and sugar in their coffee,” he says. “And people really don’t like to think about alcohol because they enjoy it so much, but red wine has double the calories of Coca Cola and that’s something you can’t ignore if you’re trying to lose weight.”-

Best advice he can offer?