Zooming in Sochi: Eric and Sue Harnden support the ‘boys’ 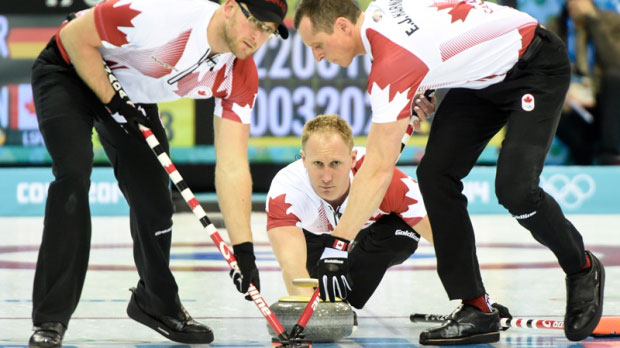 “They’re all good kids,” says Eric Harnden, 58, about his family and the men’s curling team, which are almost one and the same..

Eric and Sue Harnden, 55, can take credit for providing Canada with half its men’s curling team — E.J, 30, and Ryan, 27. Skip Brad Jacobs is their nephew.

The couple arrived in Sochi after a two-day journey from Sault Ste. Marie.

Fortunately, they are not afflicted by air sickness.

They do, however, suffer on occasion from curling competition sickness.

“You’re watching the boys and it can be a little tough on the stomach sometimes,” admits Eric, who also curls and has been at several Brier Cup competitions.

“The Brier for Canada and for men is the pinnacle of curling,” he says. “But the Olympics! — it’s the best of the best in the world in all the winter sports!”

His advice for the boys:

“I’ve always said for this event, ‘Stay focused, stay in the moment, don’t look ahead and have fun and enjoy the experience. And remember, patience goes a long way.”

Eric acknowledges that the competition in Sochi is going to be the toughest ever — “the teams are all so good, absolutely fantastic” — but, he says about the Canadians, “I’m thinking that they can handle the pressure.”

Sue Harnden, wife and mother, isn’t so sure she can handle the pressure sitting down.

The Olympics is bringing out all her tiger mother instincts.

“I’ve never been competitive for myself or my husband,” she says, “but I am for my boys. I know how hard they’ve worked and how badly they want to win. They’re going there for the gold. That’s the way the boys are. Even when they were young, they never played anything just for fun.”

As proof of how much they want this, she explains, “They’ve even been working with a sports psychologist for the past three years.”.

But she adds hastily, “Not to minimize what my husband did. But the whole sport of curling and the level of curling has changed — the equipment and fitness level.”

She says she still misses the slap of the broom on the ice.

Sue Harnden would never fly over water before but she was determined to be in Sochi to support her boys.  “We had a fundraiser dinner and send-off,” she explains, “and listening to the boys, I never realized how much they really wanted their parents there. After that dinner, I would swim over there.”