Who Needs Potions and Lotions? Exercise Does the Job 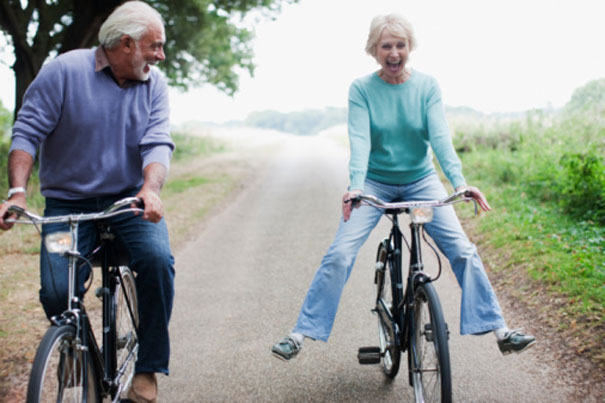 McMaster University researchers are telling us that working out three times a week keeps skin younger and may even reverse the effects of aging on skin in people over 65.

They knew about the power of exercise on skin from prior research on mice.

For this study, they recruited 29 Hamilton men and women between the ages of 20 and 84. One group typically worked out for three hours a week while the other group led a mostly sedentary lifestyle.

Then they collected skin samples from subjects’ buttocks because this area would have minimal sun exposure.

But when they selected for age and exercise levels, the effect of exercise became clearer: Male participants in their forties had skin biopsies of 20- or 30-year-olds, and the effects persisted even past age 65.

But the team didn’t know knew how much impact the sun, diet, and a person’s genetics also contributed to younger-looking skin. So they conducted a follow-up experiment on sedentary volunteers 65 and older who, at the beginning of the first study, had normal skin for their age.

They began an endurance training program, working out twice a week by jogging or cycling at a moderately strenuous pace, equivalent to at least 65 per cent of their maximum aerobic capacity for 30 minutes. This continued for three months. At the end of that time, the researchers again biopsied the volunteers’ skin.

Now the samples looked quite different, with outer and inner layers that looked very similar to those of 20- to 40-year-olds.

“I don’t want to over-hype the results, but, really, it was pretty remarkable to see,” McMaster professor Mark Tarnopolsky told The New York Times.

The researchers believe that proteins known myokines, secreted by muscle cells, diffuse to far-off locations in the body.

When researchers examined subjects’ biopsies, they found a specific type of myokine, called IL-15, was in greater concentrations, as much as 50 per cent more, in those who exercised.

Tarnopolsky believes it may actually be a mix of substances within the body making exercise a protector of youth, and that no amount of “gravity-defying” pills or lotions can mimic their effects.

He also noted that there is no evidence showing that exercise reverses wrinkling and other damage from the sun.

Still, Dr. Tarnopolsky said, “it is astonishing to consider all of the intricate ways in which exercise changes our bodies.”