Nostalgia: That Time Zsa Zsa Gabor Did A Workout Video in 1993 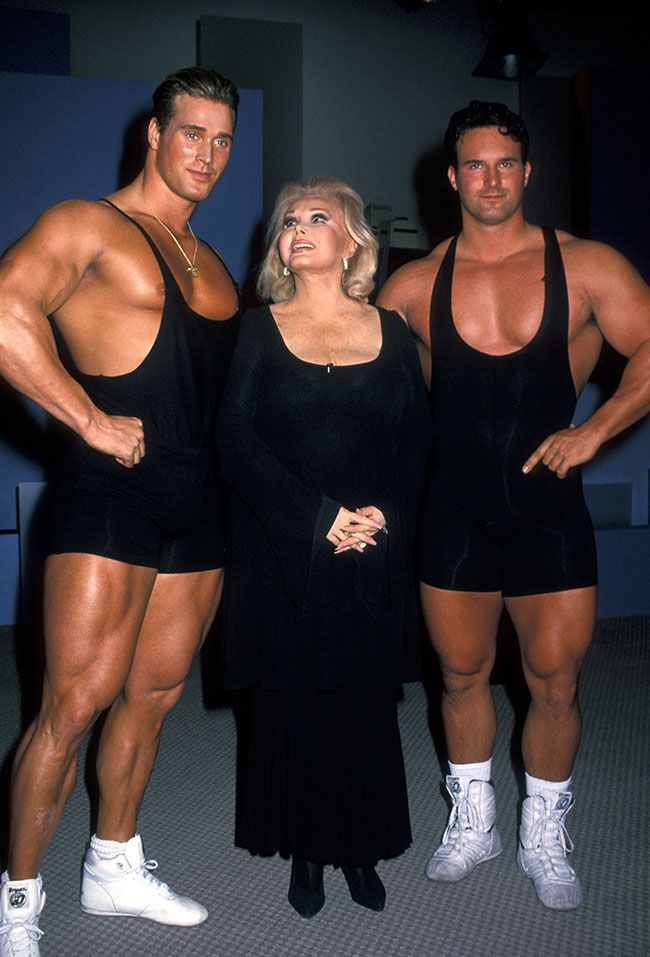 Here, we look back to when the ever-glamorous film actress and socialite  took it upon herself—at age 76!—to pour herself into a black lycra bodysuit and, accompanied by two male body builders, teach the masses how to get fit.

Ever since Jane Fonda ignited a craze for getting fit-without-leaving-home with her aerobic workout videos back in the 1980s, other celebrities of lesser athletic prowess have tried hawking exercise videos over the years.

From Richard Simmons to Debbie Reynolds, they danced, jumped and pumped tiny dumbbells — often without breaking a sweat — while clad in neon spandex and leg warmers.

You might even still have some of these VHS tapes stored somewhere in your basement. But chances are, you missed out on one particular workout bonanza.

Back in 1993, none other than Zsa Zsa Gabor, the glamorous blond socialite, former beauty queen and actress, who referred to most of the world as “darling,” created a series of workout videos aptly entitled It’s Simple, Darling.

Yes, this blond, buxom, vivacious, flirty personality known more for her lawsuits (she once slapped a cop) and her expensive taste in clothes, jewels and men, took it upon herself—at age 76!—to pour herself into a black lycra bodysuit and, accompanied by two male body builders, teach the masses how to get fit.

Perhaps, being aware that she hardly fits the criteria for fitness guru, Zsa Zsa peppers her workout routines not just with hilarious fitness tips but also dispenses advice on love, marriage and men. She was married nine times, so one assumes she considers herself an authority on such matters.

Yes, Miss Hungary 1936, throws out bon mots while sitting in a chair lifting her arms (that should give you an idea how vigorous her workout routines are) offering advice in her heavily-accented English, such as if your engagement is over, of course you should return the ring to your suitor, but “make sure you keep the stone.”

As for her fitness tips, she demonstrates her version of push-ups where she stands behind her two hunky co-horts, Mike and Francois, and starts doing pushups against their backs, telling the audience that if they don’t have two gorgeous guys at home to do this with, they can always use an ex-husband, a gardener, a plumber, a pool boy, a director and “if you don’t any of those, use a wall.”

A subtle way of telling the poor suckers at home they will never quite achieve the glamour of her fabulous lifestyle.

The videos are laugh-out funny—so much so, you begin to wonder if it’s not a comedy sketch.

Check out an edited version of the workout video below and, should you feel the need to see it in its entirety, at the time of this writing, there was a single copy available on amazon.com.

9 Famous Quotes About Sex From Celebrities Over 50