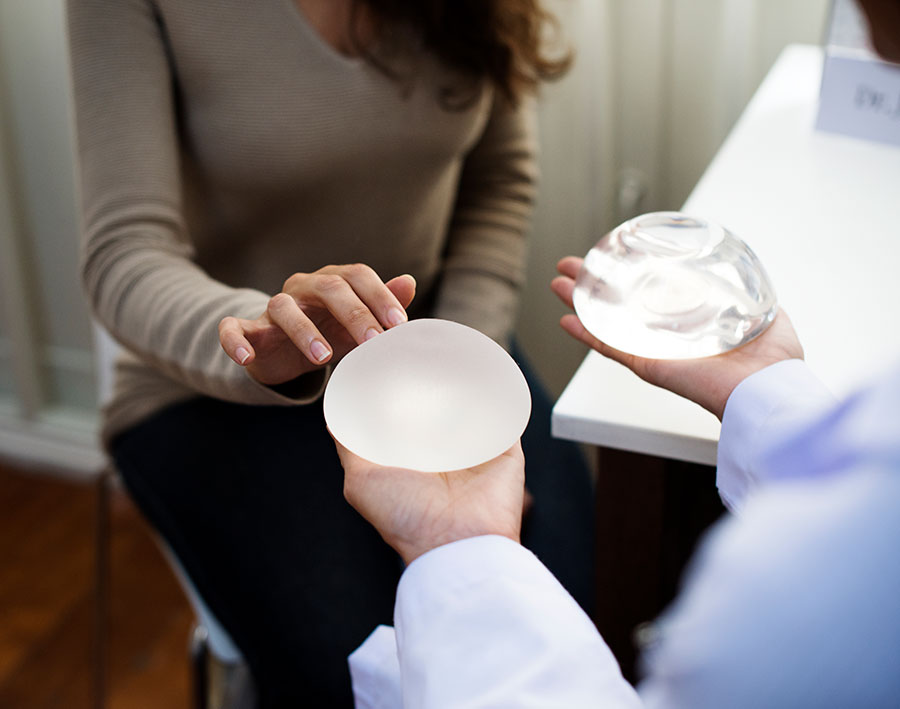 Less than a month after the U.S. Food and Drug Administration (FDA) announced it would not ban a certain type of breast implants linked to cancer, Health Canada has reached a different decision.

Last week, the agency suspended the licences of Ireland-based Allergan for its Biocell textured breast implants, the only macro-textured implants available in Canada. The move followed a safety review on breast implant-associated anaplastic large cell lymphoma (BIA-ALCL), which found that the rate of the lymphoma is significantly higher in patients with macro-textured implants compared to other types.

“The potential risks associated with the implants outweigh their benefits,” the agency’s statement read.

For Terri McGregor, 54, of North Bay, Ont.,, who was diagnosed with BIA-ALCL four years ago, the news came as a relief.

“My first thought was thank God I’m Canadian,” she says. “When I was first told I had stage four cancer I realized that if this could happen to me, it’s going to happen to others.”

Removal of the Allergan macro-textured implants and several rounds of chemotherapy and a stem cell transplant were part of McGregor’s treatment. She is now suing the manufacturer.

BIA-ALCL is a serious type of non-Hodgkin lymphoma (a cancer that affects the immune system) that develops months or years after the implant procedure. It is not a cancer of the breast tissue. The disease usually presents as an accumulation of fluid between the implant and the surrounding tissue.

According to Health Canada, the agency has been notified of 26 confirmed cases in Canada, of which 22 (85 per cent) involve Allergan’s Biocell breast implants. It estimates the risk of BIA-ALCL with these implants are one in 3,565. Textured implants have a rough sandpaper-like surface meant to help the implants stay in place, but the agency says their higher surface area could be a factor contributing to the risk.

According to the Health Canada, BIA-ALCL most often presents as a sudden swelling or enlargement of the breast. Other symptoms include a lump or mass, capsular contracture, and skin changes. Patients with breast implants are advised to monitor their breasts for changes and consult with their healthcare professional should they experience any signs or symptoms.

For those without symptoms, removal of Biocell or other types of implants is not recommended, Health Canada advises.

Canada is not the first to ban textured implants. The FDA first reported a possible association between breast implants and the development of anaplastic large cell lymphoma in 2011.

In 2016, the World Health Organization (WHO) designated BIA-ALCL as a T-cell lymphoma that can develop following breast implant implantation.

In December 2018, Allergan halted European sales after its certification expired.

This past April, France banned several types of macro-textured implants as, what it called, “a precautionary measure.”

Currently, other countries such as the Netherlands and Australia have temporarily halted sales and/or are conducting reviews. At this time, exact incidence of BIA-ALCL is unknown and reports vary widely. Deaths have been confirmed in other countries but not in Canada.

Allergan has agreed to recall unused devices affected by the licence suspensions. This includes five products (licence numbers 3112, 72262, 72263, 87277, 87279). In a statement, the company said it stands behind the benefit/risk profile of its breast implant products and plans to explore options to appeal the decision.

As a result of the safety review findings, Health Canada will, among other things, continue to monitor newly reported Canadian cases of BIA-ALCL; take timely action if any new health risks are identified; work with all manufacturers to improve patient literature regarding the risks of BIA-ALCL.

Along with other patients, McGregor established www.biaalcl.com, a patient advocacy website. She expressed gratitude to Health Canada for the suspension.

“I’ve gained a bit of insight into the backlash they may face breaking away from the FDA.”