Sleep Apnea: What You Need to Know 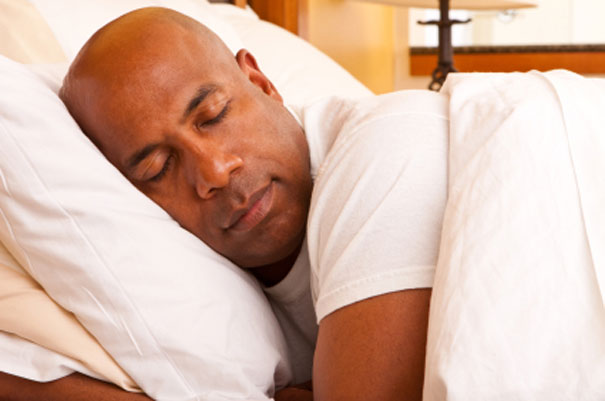 Do you snore? Wake up feeling tired after a full night’s sleep? Have you been told that you seem to stop breathing for brief intervals throughout the night?

If so, you may be among millions of North Americans who have a common, yet potentially dangerous sleep disorder called sleep apnea.

“Apnea” – which is Greek for “without breath” – refers to episodes where a person pauses in breathing during sleep. Typically, an episode lasts long enough that one or more breaths are missed, and can occur dozens or even hundreds of times throughout the night.

The sleep disorder is considered a serious medical condition. About half of people with sleep apnea develop high blood pressure which increases the risk of heart failure and stroke. And a study published in the New England Journal of Medicine (November 2005) found that obstructive sleep apnea greatly increases the risk of stroke even if a person doesn’t have high blood pressure.

People with sleep apnea may be more likely to experience complications following major surgery because they’re prone to breathing problems, especially when sedated and lying on their backs. If you have sleep apnea, be sure to tell your doctor before undergoing surgery. The situation is even more risky for people with undiagnosed sleep apnea.

People with sleep apnea are rarely aware of having problems breathing, experts say. Typically it is discovered by others witnessing apnea episodes or because of its effects on the body.

“Left untreated, sleep apnea can cause high blood pressure and other heart disease, memory problems, mood swings, impotency and headaches,” said Andrew Wexler, MD and President of the American Society of Plastic Surgeons. “The condition can also lead to serious work injuries and car accidents because sufferers are drowsy and fall asleep.”

Sleep apnea occurs in two distinct forms: central and obstructive. Obstructive sleep apnea, the more common type, occurs when soft tissues of the throat relax and cause a physical block to airflow. In central sleep apnea, the brain doesn’t send the proper signals to the muscles that control breathing. Complex sleep apnea is a combination of both types.

Disruptive snoring may be a more prominent characteristic of obstructive sleep apnea, while awakening with shortness of breath may be more common with central sleep apnea.

If you suspect you may have either type of sleep apnea, consult your doctor for screening and treatment options.

People of all ages, even children, can have sleep apnea. Certain factors, however, put you at increased risk.

Obstructive sleep apnea
• Being overweight. Fat deposits around your upper airway may obstruct your breathing. However, not everyone who has sleep apnea is overweight.

• Having a thick neck. A thick neck may narrow the airway and may be an indication of excess weight. A neck circumference greater than 17 inches can lead to an increased risk of obstructive sleep apnea.

• A narrowed airway. Some people may have a naturally narrow throat. The airway can also become blocked by enlarged tonsils or adenoids.

• Being male. Men are twice as likely to have sleep apnea as women are. However, women increase their risk if they’re overweight. Risk for women also appears to rise after menopause.

• A family history of sleep apnea. If you have family members with sleep apnea, you may be at increased risk.

• Use of alcohol, sedatives or tranquilizers. These substances relax the muscles in your throat.

• Smoking. Smoking may increase the amount of inflammation and fluid retention in the upper airway. This risk drops after your quit smoking.

For central sleep apnea, men are also more at risk. Additionally, people with a history of heart disorders, neuromuscular disorders or stroke are at higher risk. Sleeping at a higher altitude than you’re accustomed to can also increase your risk for the disorder.

• Continuous positive airway pressure (CPAP). People with moderate to severe sleep apnea may benefit from a machine that delivers air pressure through a mask placed over the nose while sleeping. The increased air pressure helps to keep the upper airway passages open, preventing apnea and snoring.

• Oral appliances. Another option is wearing an oral appliance designed to keep your throat open. Experts consider CPAP to be more effective, but many people find oral appliances easier to use.

• Surgery or other procedures. Surgical procedures can remove excess tissue from your nose or throat that may be vibrating and causing you to snore, or that may be blocking your upper air passages.

Treatments for central sleep apnea can also include therapy for associated medical problems such as heart or neuromuscular disorders.

• Avoid alcohol and medications such as tranquilizers and sleeping pills. These relax the muscles in the back of your throat, interfering with breathing.

• Sleep on your side or abdomen rather than on your back. Sleeping on your back can cause your tongue and soft palate to rest against the back of your throat and block your airway.