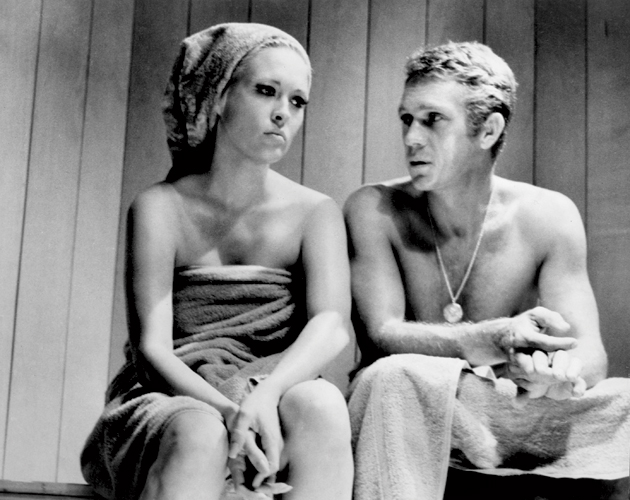 Sara Eastwood, 47, was losing sleep and gaining weight when she decided to see a naturopathic doctor to help restore her failing health. She found Natasha Turner (www.thehormonediet.com), who diagnosed her condition as a hormonal imbalance caused by estrogen dominance, which can happen naturally or through exposure to estrogen-like compounds from our diet and environment. (The environment, in particular, is a toxic-rich culprit that, as we age, can take its toll on our health, as our bodies have had plenty of time to absorb damaging free radicals and more.) Turner prescribed a program of healthy diet, exercise, bio-identical hormone replacement therapy and, as an adjunct, two or three weekly far infrared (FIR) sauna therapy sessions to encourage sweating detoxification.

So why detoxification? According to Dr. Alison Bested (www.drbested.ca), a medical specialist liaison with the Environmental Health Clinic at Women’s College Hospital, any kind of sweating is beneficial to the body, as toxins are released in the process. FIR saunas aid detoxification by heating tissue and encouraging the expulsion of waste via perspiration, but at much lower temperatures than established methods. A traditional Finnish sauna, for example, generates temperatures between 75 C and 95 C (167 F to 203 F), much higher than one’s core body temperature of 37 C. This can be difficult to tolerate. “Sauna temperatures over 75 C can be detrimental to the health of the elderly, patients with heart conditions or hypertension, asthmatics, pregnant women and heat sensitive patients,” says Rodney Palmer, president of SaunaRay, saunas widely used by medical doctors practising sauna therapy for detoxification.

Palmer was a CTV news correspondent for eight years in Beijing, China. “My whole family, particularly my wife and son, got sick from the toxic pollution, which the city is so notorious for,” he says. He returned to Canada and began manufacturing low-heat FIR saunas, which use low-wattage concave ceramic plates. The sauna operates at 45 C to 50 C (113 F to 122 F). “You go in at 28 C and let it rise to about 40 C,” says Palmer. “By the time it reaches your core body temperature, you’re already sweating, so your cooling mechanism is already kicking in, keeping your core body temperature normal so you can then handle the higher temperatures.”

Marta Dos Santos, owner of The Well of Alternative Medicine Ltd. clinic (www.thewellofam.com) notes, “The ability to maintain core body temperature decreases with age, so as a result, it is recommended that the elderly be cautious in any form of exposure to heat.” FIR technology, however, is medically proven to not increase the body’s core temperature, she adds.

It worked for Eastwood: “With a traditional sauna, I wasn’t able to tolerate the heat for more than 10 minutes and found it very hard to breathe,” she says. “In the infrared sauna, it’s easier to breathe, and I can read a book if I want and feel very comfortable. Afterward, I feel relaxed, have less ‘brain fog,’ more clarity and I’m sleeping better. And the symptoms of my estrogen dominance have vastly eased.”

Low-heat FIR sauna therapy is a treatment that Dr. Bested recommends for some of her patients. Five years ago, she installed a FIR sauna “to help difficult-to-treat patients with chronic fatigue syndrome, fibromyalgia and multiple chemical sensitivities improve their own detoxification system,” Bested says. “The most important change is that patients who were unable to sweat before can now use their skin as a vehicle to detoxify their bodies.” Individual results vary widely as do the number of sessions needed.

While FIR saunas have been used by naturopathic and medical doctors for years, now wellness clinics, such as Dos Santos’ The Well of Alternative Medicine, and spas are installing them for the general public, and at-home versions are becoming available at retail.

Consult a health professional and use the sauna with supervision, especially if you have a chronic condition.