Exploring the Aging Process of Skin and Hair 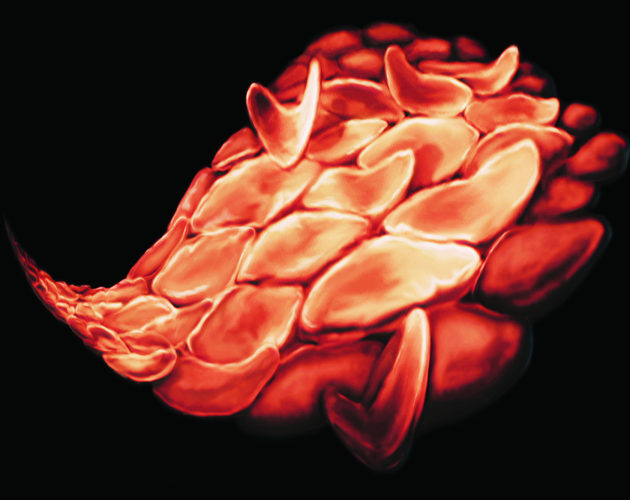 Genomics, the study of an organism’s genes, helps us understand how our skin and hair age. With the help of thevisualmd.com, we take a look.

“Skin is a selective barrier — not a bullet-proof casing — that protects our delicate internal organs from external physical and toxic injury,” says Dr. Kucy Pon, consulting dermatologist to Olay (www.olay.com), about the capabilities of our body’s largest organ. But experts are finding that there are serious health reasons for going skin deep.

Scientists are using genomic research into the genes within our cells to determine why skin ages the way it does and develop strategies for treating and preventing skin diseases. Dermatologist Dr. Michael Davis (www.spamedica.com) refers to a May 2009 study from the U.S. National Human Genome Research Institute that reveals our skin is home to a much wider array of bacteria than previously thought. The identification of these complex bacteria could mean new treatments for diseases such as eczema, psoriasis, acne and antibiotic-resistant infections.

In light of such dire statistics, Toronto-based dermatologist Dr. Lisa Kellett (www.dlkonavenue.com) uses a two-part DNA cellular assessment kit, DermaDNA, created by VitalScience Corp.’s skin-care company Galderma to assess your risk for skin cancer. Like in a CSI episode, a swab taken from the inside of the cheek can reveal a lot — including genetic markers for developing skin cancer. The second swab taken from the bridge of the nose identifies recent photo damage — only from the past two months because the skin regenerates itself in that time period. Long-term damage is assessed by visual skin changes such as moles, brown spots and wrinkles. The test takes 30 seconds, and results are known in two weeks.

“I use it as a tool to make patients more aware of sun exposure and skin protection — and more diligent about checking their moles and monitoring changes in their skin,” says Kellett. “Darker skin types who think they don’t have to worry about skin cancer will think twice if they discover they’ve got the genetic markers for melanoma.”

But don’t we need the sun for our skin to make all-important vitamin D, necessary for calcium absorption and maintaining strong bones? “Protecting exposed skin can’t be overstated. Wearing protective clothing and using a broad spectrum sun protector day in and day out, spring, summer, fall and winter, is the most important thing you can do,” advises Kellett. “If you’re concerned with getting enough vitamin D, take a supplement. It’s not worth getting cancer.”  (To find a DermaDNA centre near you, go to www.dermaDNA.ca.)

Hormone changes, sun exposure and time, says Davis, are major factors affecting skin aging, but genetics determine how skin responds to these factors. Generally speaking, there is a natural decline in the immune system, making skin more susceptible to viruses and fungi; the oil glands slow production, resulting in less lubrication; age spots, the result of sun exposure, typically begin to appear. Elevated benign growths, such as moles and skin tags due to sun exposure and genetics, often come to the fore, mostly on ethnic skin, says Davis. Because they are raised, a dermatologist can easily remove them.

Genomic research is also being used to better understand how our hair ages, says Dr. Jeni Thomas, senior scientist at Pantene (www.pantene.ca). “As analytical techniques become more sensitive, hair is a hot tool for DNA, toxicology and forensics because it’s a track record of what you’ve consumed,” she adds.

Soon, she believes, genomics will provide breakthroughs into the underlying causes affecting hair’s growth cycle and colouring. In fact, in February, European researchers studying the genetic defect called vitiligo that causes lack of pigment (which Michael Jackson said he suffered from), found elevated levels of hydrogen peroxide in the skin. Since grey hair also results from an absence of pigment, scientists now theorize that some grey hair may be caused by these levels blocking the normal synthesis of melanin, your hair’s natural pigment.

In general, after the age of 40 for both men and women, you will experience changes in hair colour, thickness and density. These changes are all hormonally driven and woven into your DNA. It’s an inevitable part of the aging process that melanocytes, the cells that produce the pigment, or melanin, slow down and stop producing hair colour.

Research indicates greying, on average, occurs in Caucasian hair around the mid-30s, late 30s in Asian hair and 40s in African hair. Once formed, each hair has its own lifespan. The three stages of this growth-rest-shed cycle are: the anagen growth stage that lasts roughly two to eight years; the transition catagen phase signals a stopping of any activity in the follicle, including pigment production and lasts about three weeks; and, finally,  during the resting/shedding telogen phase that lasts three to five months, the follicle shrinks, the hair loosens and falls out. When young, the resting/shedding telogen phase lasts weeks and then goes back to work full time. With age, this resting phase gets longer and ultimately shuts down. And with age, the anagen growth phase shortens, hair thins and won’t grow as long.

“The active growth stage has shortened,” explains Thomas. “For women, shoulder-length hair about two to three years old may be the maximum length of your anagen phase post-menopause. Some follicles just quit working.” Thomas adds that thinning in women and men are similar as both are rooted in androgenetic alopecia (AGA), which causes the hair follicle to shrink and produce smaller and shorter hairs, if any at all. Because AGA is controlled by male hormones, however, the severity for men tends to be considerably more than for women who normally have thinning rather than baldness. Also, the thinning pattern for women can vary, whereas it tends to be consistent for men. Women may see thinning evenly over the scalp or more focused near the back or front of the scalp.

It’s how we treat our hair, too. “One of the most damaging styling practices is back-combing because you are taking cuticles in the opposite direction from which they grow,” says Thomas. Chemical treatments can also be damaging to the “f-layer,” a thin, natural protective coating covering the cuticle that keeps hair moisturized and protected from water, breakage and frizz. Plus some medications can kick hair follicles into the telogen phase, resulting in rapid and massive shedding.

“Once you get off medication and get your hormones back to their equilibrium, then things should reverse themselves,” adds Thomas. “Rogaine is still the most popular drug intervention to slow or stop hair loss and promote re-growth, but it’s only a matter of time before we see more options that are solidly proven.”