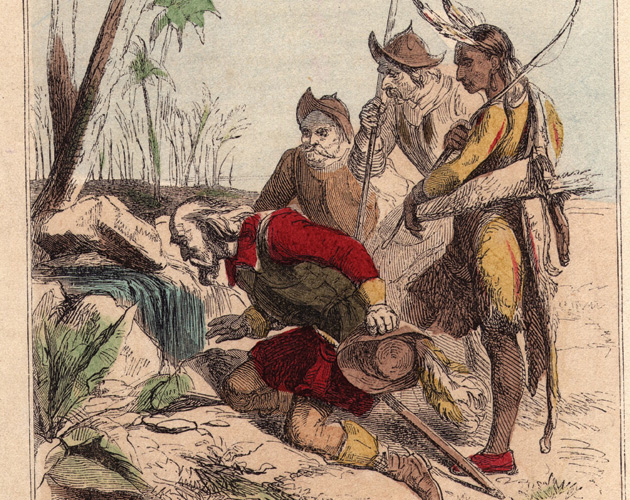 Ponce De Leon failed to find the fountain of youth, but scientists are now claiming they can end aging.

Recent advances in the field of human genetics have provided scientists with a more complete understanding of what causes the human body to age and break down. Besides shedding light on the intricacies of our life cycle, these genetic discoveries have also triggered a quirky movement within the rarefied world of biomedical science. It’s an unlikely group composed of researchers, theorists, eccentrics and dreamers. They all share one fantastic notion: that we’re on the verge of defeating aging.

It’s the Longevity Revolution, and its leading proponents were on hand at the 2008 IdeaCity conference in Toronto, produced by Zoomer magazine founder Moses Znaimer. One by one they told the packed house that, thanks to an ever-expanding base of knowledge and technological expertise, it’s not impossible that science may one day provide a “cure” for getting old.

Far-fetched fantasy or hard science? It’s far too early to tell, but here’s a quick rundown of what the age-defying activists say are the keys to achieving “immortality.”

Technology: “We need to change the software that’s running our bodies,” says Ray Kurzweil, a renowned American inventor (in the field of speech recognition software) and author on the subject of longevity. He feels that major advances in the miniaturization of health-care technology could help extend our lifespan indefinitely. “Science has already developed blood cell-sized devices to cure diabetes in rats,” says Kurzweil. “Soon, we’ll have similar devices [for use in humans] that will detect cancer antigens and destroy them.”

Gene Repair: Aubrey de Grey, a biomedical gerontologist from Cambridge University in England, advocates tissue repair as the means to control the common maladies of aging. Just as we fix the roof on our house before it causes structural damage, we will soon be able to go in and repair a damaged gene before it reaches the disease stage. Right now, scientists are testing this concept in mice, and de Grey feels it won’t be long before we can apply it to human beings. Once perfected, he predicts that living to 1,000 will be the norm. “It will be a world without aging,” he boldly claims. To his amazement, not everyone wants to board the longevity train. “Many don’t have the emotional capacity to handle immortality,” he says. “So they stick their heads in the sand.” To counter this sentiment, de Grey launched the Methuselah Foundation, an organization committed to accelerating progress towards the cure of age-related disease, disability — and death.

Drugs and Supplements: Michael Rose, an evolutionary biologist from the University of California, Irvine, is hard at work in his lab devising drugs and supplements that will cure genetic diseases brought on by age. By manipulating the genes in fruit flies, Rose has already been able to prolong their lives, extending them two to five times longer than normal. He feels that we’re not far from discovering and marketing therapeutic agents that will “switch off” bad genes, thus wiping out the chronic ailments of aging (such as diabetes, Alzheimer’s, heart disease, cancer). “In the future, we’ll be able to take medication that will cure diseases related to the deterioration of our health,” says Rose. Better still, he promises these supplements will come at “a reasonable expense.”

Nutrition: Calgary native Michael Rae promotes a controversial diet as the most effective way to extend our lives. Rae, who acts as de Grey’s research assistant, firmly believes we are what we eat. “Every calorie we consume is toxic,” warns Rae. Acting as his own guinea pig to support this theory, Rae aims to radically reduce his caloric intake. Whereas a normal person of the same body type might consume 2,000 daily calories for weight maintenance, he aims for a paltry 1,500. Not only does he have the frame to prove he’s sticking to this diet (he’s six feet tall, 115 pounds), but, at 37, he has nearly zero bad cholesterol and the blood pressure of a 10-year-old. If experiments on lab animals translate to humans, Rae predicts he’ll greatly reduce his risk of developing cancer, heart disease, diabetes and other chronic diseases, thereby extending his life by as many as 10 years. He feels these extra years will allow him to live long enough to see the great cure for aging arrive.