Could a new molecule point to a cure for Alzheimer’s? 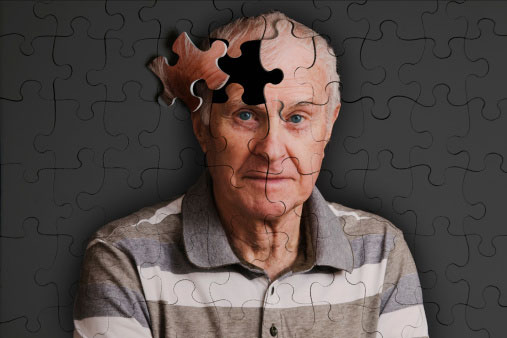 We can tackle heart disease, we can fight back against cancer and we can control diabetes. Sadly, there are no easy answers for treating Alzheimer’s disease and dementia – and no cure that we know of. However, a new study published in the January edition of the Journal of the Federation of American Societies for Experimental Biology (FASEB) shows great promise for combating these devastating diseases.

Imagine a treatment that could restore memory and reverse symptoms – without the potential for toxic side effects. Sound too good to be true?  The idea isn’t so far-fetched for scientists at the National Institute of Neurological Disorders and Stroke (part of the U.S. National Institutes of Health). They found a special molecule known as TFP5 can reverse symptoms and memory loss in mice.

Here’s how the study worked: The test subjects were mice suffering from the rodent equivalent of Alzheimer’s disease. Experts divided them into two groups – one group was injected with saline as a placebo and the other was injected with TFP5.

What makes this molecule so special? Experts say TFP5 is derived from a chemical that regulates an important enzyme in the brain known, as Cdk5. Current thinking is that an over-activation of this enzyme is involved with the formation of plaques and tangles – a hallmark of Alzheimer’s disease.

After a series of injections of TFP5, the mice “displayed a substantial reduction in the various disease symptoms along with restoration of memory loss,” report researchers in a recent press release. How substantial? By about 70 to 80 per cent, reports an article in Medical Daily. The disease took its normal course in mice in the placebo group.

In addition, the mice that received TFP5 injections didn’t experience side effects such as weight loss or neurological stress — plus they showed no signs of toxicity.

By now we’re sure you’re thinking: sounds like it works in mice – but what about humans?  We all know that what happens in animal trials don’t always translate to people, but the findings offer a new approach to fighting the disease.

“The next step is to find out if this molecule can have the same effects in people, and if not, to find out which molecule will,” said Gerald Weissmann, M.D., Editor-in-Chief of the FASEB Journal. “Now that we know that we can target the basic molecular defects in Alzheimer’s disease, we can hope for treatments far better – and more specific – than anything we have today.”

“We hope that clinical trial studies in AD patients should yield an extended and a better quality of life as observed in mice upon TFP5 treatment,” said Harish C. Pant, Ph.D., a senior researcher at the National Institute of Neurological Disorders. “Therefore, we suggest that TFP5 should be an effective therapeutic compound.”

More potential breakthroughs in the making
TFP5 isn’t the only potential treatment making news in recent months. Have you heard of mE8? This antibody was the subject of a study published in the December 6 edition of Neuron. Mice who received the antibody saw an up to 50 per cent reduction in plaque. But don’t get too excited — experts aren’t convinced that busting plaques is an effective way to fight Alzheimer’s. (Read more on ScienceNews.org.)

Maybe a failed diabetes drug will work instead? Researchers at the University of Alberta are working with a drug known as AC253 that never made it to market. Earlier studies with the drug found that it was successful in blocking the toxic effects of amyloid protein – an abnormal protein that contributes to the death of brain cells.

However, more recent studies have found the drug could also help restore memory. So far, most of the research has involved tissue samples rather than animal subjects, so experts are a long way from knowing whether AC253 could be part of successful treatment plan. (Check out this press release from the University of Alberta for more information.)

It’s hard not to get excited when we read about potential breakthroughs in the news, but experts continually warn that a lot more research is needed. As with any disease, there are many potential treatments that don’t work out. We’ll have to wait and see how these therapies pan out in the future.

But for now, there’s hope.