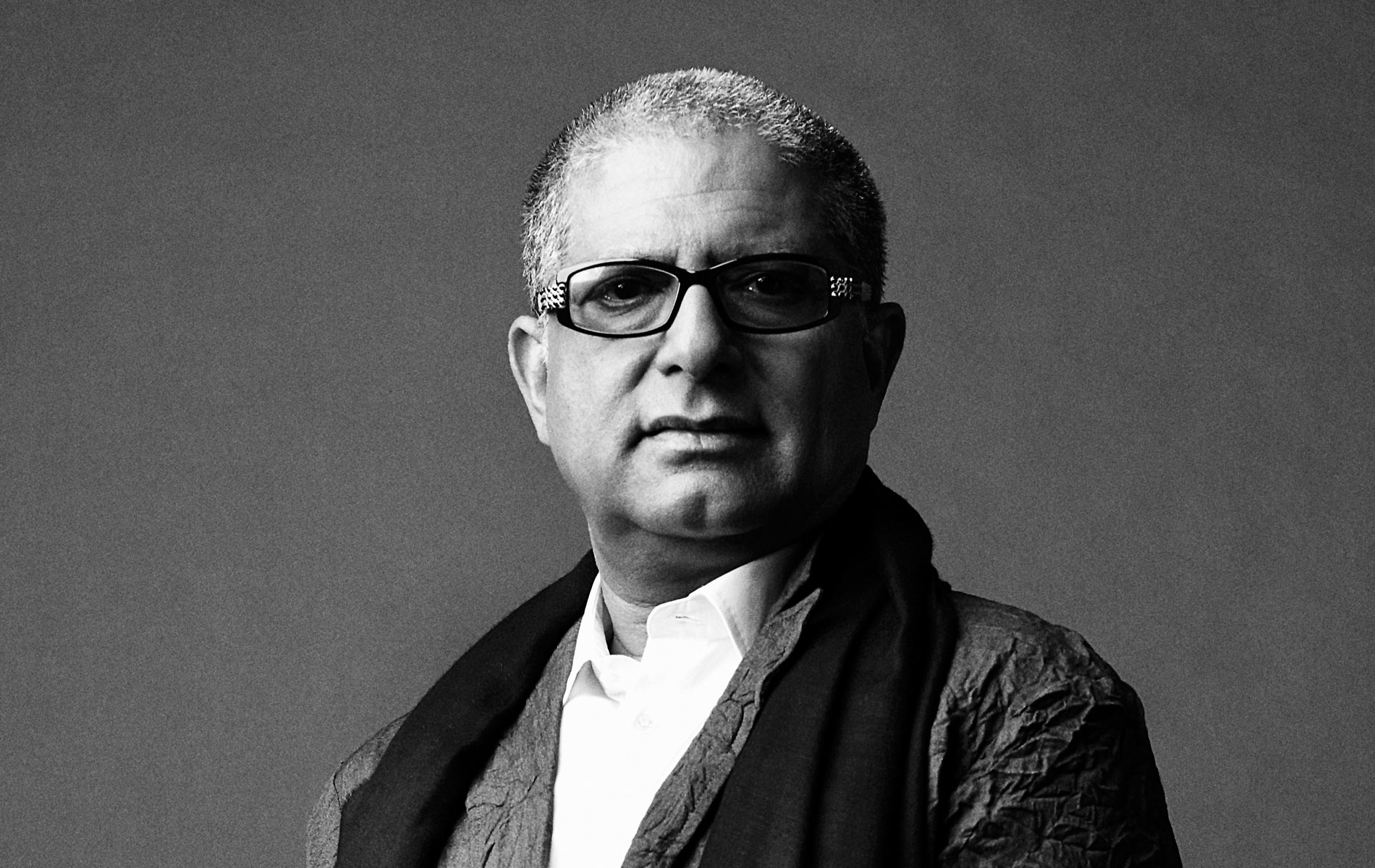 From the biological imperative to the consciousness question, the MD-turned-wellness guru shares his ultimate longevity prescription.

” It’s because you have such a positive attitude.” I can’t even count how many well-wishers said that to me when they talked about why I made an amazing recovery from pancreatic cancer.

For the record, I don’t really believe it; rather, I think it’s a mystery. But what strikes me is how many people take this as a given. It’s a very non-Western idea that the mind can influence the body, and it wasn’t very long ago that the majority in our part of the world would have considered this airy-fairy nonsense. So I was excited to have a chance to talk to the man responsible for popularizing a holistic, alternative approach to health in North America.

Time magazine has called Deepak Chopra a “New Age super sage” and a “poet-prophet of alternative medicine.” His public persona has gained momentum as has his celebrity, along with his celebrity following. He recently performed Alicia Keyes’s wedding ceremony and has worked with Madonna and Goldie Hawn. He practised meditation with Beatle George Harrison, was a friend of Michael Jackson and is a regular on the talk show circuit. He is an ubiquitous multimedia presence, with an empire that encompasses award-winning books — the latest, his 55th, on the prophet Muhammad, recently hit The New York Times bestseller list — motivational speaking, seminars, even Ayurvedic (traditional Indian medicine) products.

The Chopra Center for Wellbeing in La Jolla, Calif., which he co-founded in 1996 with neurologist and mind-body wellness proponent David Simon, attracts thousands of visitors and ranks as a top 10 Travel + Leisure destination spa, and his annual profit is more than $15 million. It’s a long way from his beginnings as a physician trained in Western medicine, an endocrinologist, and the son of one of the most prominent cardiologists in India. But his origin also uniquely positioned him to serve as a bridge between what he calls “the technological miracles of the West and the wisdom of the East.”

Chopra’s transition from West to East came after more than a decade in America practising Western medicine, when, in the mid-’80s, he was given the opportunity to meet Maharishi Mahesh Yogi, a world-renowned guru of Ayurvedic medicine and transcendental meditation. (In fact, the Harvard scientist who invited him was studying the benefits of TM for older people.)

Chopra notes in a 2008 blog post on www.beliefnet.com that he was doubtful at first but was persuaded by his doctor’s curiosity. During the meeting, Maharishi suggested to Chopra that he look “outside science” and into Ayurveda. Because, in its most basic principles, its holistic approach — everything you interact with, your diet, work and relationships, has an effect on your health and well-being — was similar to endocrinology’s overall integration and connectivity of the body’s various functions (from hormones to metabolism), his leap of faith seemed fitting.

More than 20 years later, I believe there is a lot of wisdom in Chopra’s approach — though aside from the odd supplement or visualization exercise in my own health care, I have gone with Western medicine exclusively. Chopra hasn’t repudiated Western medicine — he practised successfully in the United States after he emigrated in the ’70s from New Delhi, India, and is a fellow of the American College of Physicians. He sees it as very useful in diagnosis, in surgical technique and when considering some of the newer biological pharmaceuticals.

Ultimately, he told me that he decided it was lacking because, in his view, it does not deal with emotional or spiritual well-being. “My journey has evolved into a bigger understanding of what healing is,” he says. Chopra chuckles when I apologize for the breadth of my first question: “What can you tell us, definitively, about the mind-body connection, about the mind’s power to heal?”

It’s a very artificial distinction, he says, because the mind and the body are inseparably one. In his view, it’s not that the mind heals the body, but the mind stops interfering in the body’s self-healing processes. “The interference is from stress,” he explains, “and when you are able to go to an internal state of self-awareness or euphoria or happiness, that self-regulation is amplified.”

Biology backs up his theory: those good feelings, he says, help healing because there’s a higher level of hormones like serotonin, dopamine and oxytocin released when we’re happy. He’s not the only one who believes this. Recent scientific studies the world over confirm that those hormones have a positive impact on health.

But here’s the letdown. “I don’t think there’s such a thing as willing yourself to heal,” he says. “That would be artificial.” Likewise, he sees the idea of needing a positive attitude to recover as simplistic. That notion has always bothered me, too, because people who die of terrible diseases like cancer don’t die of a bad attitude. Many of them are positive until they draw their last breath. They love their families and want to live as much as those of us who recover. I’ve met many cancer patients who seem desperate to be positive. I always tell them to allow themselves to express what they are really feeling.

Thankfully, the corollary is also too simplistic. Chopra doesn’t think a negative attitude will bring on illness, although I have noted in my own search for wellness that there is an element of blaming the victim in the holistic view of the emotional roots of illness.

What Chopra talks about, however, is the role of “subtle intention” rather than entrenched attitude. His evidence for this is something widely recognized in Western medicine: the placebo effect. Sometimes people heal when they have been, unknowingly, given sugar pills to take because they think they’re getting medicine and their expectation is that it will make them better. The opposite is the nocebo effect: If someone is expecting a negative outcome, that’s what they get. This was the reason doctors used to withhold bad prognoses from their patients.

“It’s very mysterious how that happens,” says Chopra on its viability. “No one really knows.”

Chopra does have a prescription though. He says we can learn to change our attitudes, but it is a long process. The first step is to realize and recognize we have negative attitudes. Then we can start to work through them through self-reflection, cognitive therapy and meditation. Once again, East meets West is proven to work: studies show that meditation does have a positive impact on health.

The other big change agent in our lives? Loving relationships. His include Rita, his wife of more than 30 years, and his children, daughter Mallika, founder and CEO of the lifestyle website www.intent.com, who works alongside her entrepreneurial brother Gotham, a published author in his own right. When we chatted, Chopra was at Mallika’s house in California, which he had chosen as the first stop after a leg of his book tour so he could spend time with his grandchildren.

Chopra’s prescription for reversing the signs of aging seems easier to follow — at least it’s more tangible. It’s a version of everything we recognize as healthy but have such a hard time following: good nutrition, regular exercise, not smoking and getting quality sleep. The problem, he says, is that there’s a general attitude that doing these things is going to be unpleasant and hard. We’re motivated by short-term gains, he notes, so forget telling yourself or your spouse that changing could add 10 years to your life.

According to Chopra, it will work better if you understand that the fresh, healthy meal will really taste better and make you feel full of energy immediately while the double cheeseburger will make you feel bloated and sluggish, which, according to nutritionists, is true. It’s the same for exercise — many people do it daily for the sheer pleasure of it, but it also has a positive biological and mental impact. Chopra advises it’s best to do these things in groups, and recent research also bears him out on that. If your spouse and your friends are obese, chances are that you will be too. If your best friend leads a healthy lifestyle, it’s much more likely that you will follow that example. Chopra goes so far as to say that all types of well-being — physical, financial, career — depend on group behaviour.

“So always try to hang out with healthier people,” he says.

There is a new guide, a sort of step-by-step program, attached to this. Chopra is involved with Alexander Tsiaris, a pioneer of futuristic 3-D medical visualizations and the website www.thevisualmd.com, in a plan he calls “The 9 Visual Rules of Wellness,” which you and your physician can use to help you get started on your road to healthy aging.

The idea is that people can be motivated by seeing animated graphic visualizations of how our lifestyle and nutritional choices affect the body. (Remember those pictures we were all shown as kids of blackened lungs after years of smoking? It’s a bit like that.) Chopra says it takes four months to achieve great results. First, however, you have to figure out where you’re at. Chopra has a list of “biomarkers” that correlate with aging. These are the signs he says we can reverse, and they’re all measurable by a doctor’s tests: blood pressure, bone density, body temperature regulation, the way we metabolize sugar, hormone levels, fat content, cholesterol, audio and visual acuity, skin thickness. With that in mind, here are Chopra’s nine rules for making healthy changes:

1. Have your physician define your current biomarkers with a simple blood test.

4. Get aerobic and anaerobic exercise.

“You can actually reverse the biological markers of aging by 10, 15, even 20 years,” Chopra says. “Your chronological age does not need to correspond to your biological age.” Of course, Chopra wouldn’t be Chopra if he didn’t believe the mind still has a lot to do with it.

“In my view, the body is just the objective experience of our consciousness —  it’s a process, it’s not a structure,” he explains. He sees the mind as the subjective experience of the same consciousness. “Your psychological attitude also determines your biological age to a great extent,” he says. “When people have certain expectations of how we should grow old, then they fulfill those expectations.”

In other words, it’s up to us. But, he says, for people to gear up for a better old age, we must first slow down. “People who are constantly in a hurry – speed up the biological clock. People who think they have all the time in the world, however, have a slower biological clock.” And then there are the things that anyone at any age would want, he adds. “It’s also whether you have peak moments in life of joy and ecstasy.”