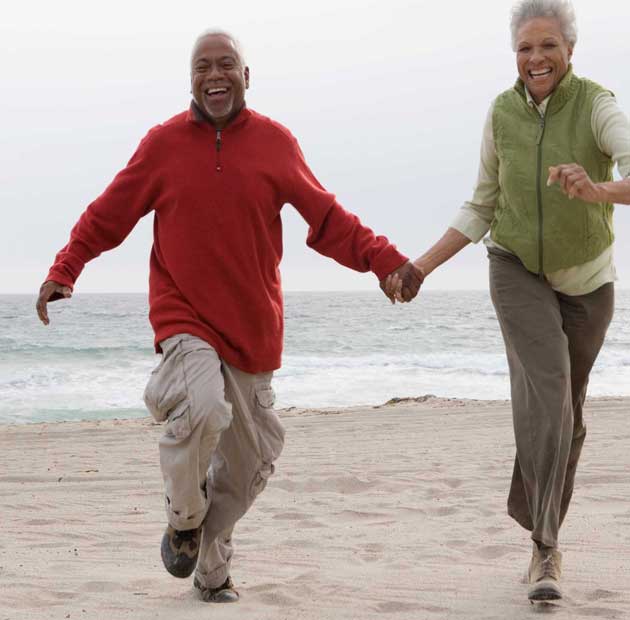 Is walking part of your regular routine? If it is, then you are doing your brain and memory a favour. There is mounting evidence that regular walking benefits the brain health of older adults.

The Beckman Institute at the University of Illinois recently reported the results of a study involving 120 sedentary people aged 55-80, which found that walking increased the size of the hippocampus, an area of the brain that is critical for new learning and creating long-term memories.

Study participants, who hadn’t engaged in more than 30 minutes of exercise in the six months prior to the beginning of the study, took part in exercise groups for a year. Half were assigned to walk three days a week, starting out at just 10 minutes per day and gradually increasing to 40 minutes as their fitness levels improved. The other half did stretching and toning exercises for the same amount of time.

Participants were assessed at the start of the study, at six months into the study, and at the end of the year. The assessments included a test of spatial memory (memory related to one’s environment and spatial orientation), a brain scan, measures of fitness level, and a blood test to measure levels of brain-derived neurotrophic factor (BDNF). BDNF can be thought of as an essential fuel for the growth of new neurons (cells) in the brain.

“The results of the study are compelling,” says Dr. Nicole Anderson, Baycrest senior scientist and Associate Professor, Departments of Medicine (Psychiatry) and Psychology, University of Toronto.

“Fitness levels improved more in the walking than in the stretching and toning group, and this improvement in fitness level was associated with an increase in the size of the hippocampus. Although spatial memory improved and levels of BDNF increased over time comparably in both groups, only in the walking group were these changes related to increased size of the hippocampus,” explains Dr. Anderson.

“While these results may seem complicated, they in fact are quite straightforward. Had these people continued to sit around inactive for the year, their hippocampus would have shrunk by one to two per cent. Engaging in something as simple as walking three times a week boosted their memory, increased the size of their hippocampus, and these changes were related to changes in fitness level and quite possibly the growth of new neurons.”

What about people who can’t walk 40 minutes a day due to bad hips or knees? While the University of Illinois researchers focused only on walking, there is good reason to believe that any aerobic activity (workouts in a pool, for example) would afford the same benefits. If you find that you can’t get out for a walk due to cold, slippery conditions in the winter, try walking on a treadmill or mall walking as an alternative.

“A final point is that the participants in both the walking and stretching/toning groups worked out together in groups,” notes Dr. Anderson. “We don’t know if the same benefits would have accrued had these people worked out alone, but there is lots of evidence supporting the beneficial effects of social interaction on brain health.”

The bottom line? Get out there with other people and move.

Article courtesy of Baycrest, the global leader in innovations for aging.