Age and the Brain 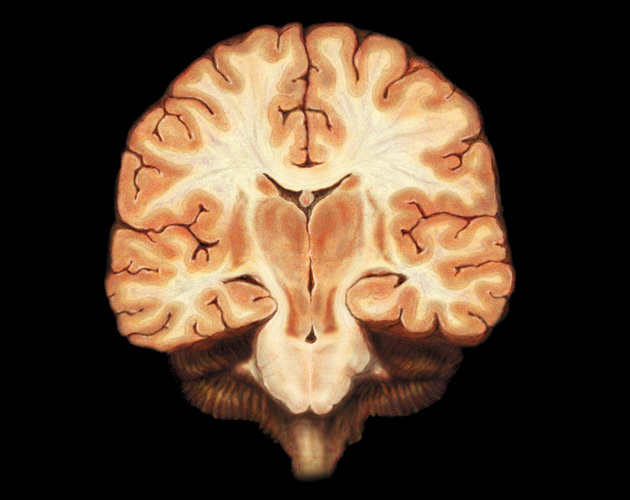 In this Special Report, we probe the minds of scientists at the Rotman Research Institute, part of Canada’s Baycrest, a world-leading centre for the care and study of aging adults.

Baycrest researchers discovered rats fed a diet high in fat — comparable to the food eaten by humans who ignore good nutrition — displayed substantially diminished cognitive ability in memory and learning tests compared to other rats fed a low-fat diet over the same three-month period. Their study, published in Neurobiology of Learning and Memory, also noted that glucose treatment considerably helped improve memory function in the animals given the high-fat diet.

While simple carbohydrates found in candies, pastries and sugar can give the brain a quick boost if one feels sluggish, it’s preferable to maintain a healthy diet, Greenwood points out. Complex carbohydrates found in whole grain cereals and bread, pasta and legumes (lentils, etc.) provide better sources of glucose.

Dr. Gordon Winocur, a senior scientist at Baycrest’s Rotman Research Institute, also took part in the study. “Most interesting was the fact that the glucose worked selectively on one part of the brain: the hippocampus,” he says. Located on either side of the centre of the brain, the hippocampus plays an essential role in memory function, allowing creation of new memories and recall of older ones.

The Brits are on to something. Besides providing a soothing pick-me-up, tea may reduce risk of dementia and neurodegenerative conditions like Alzheimer’s and Parkinson’s disease. According to Baycrest’s Dr. Carol Greenwood, research presented at a scientific symposium on Tea and Human Health in Washington, D.C. in 2007, showed tea may help prevent brain cells from dying, or once damaged, may help them to repair.

“All teas, such as oolong and black, contain high levels of antioxidants, and we believe reducing oxidative damage in the body and brain is helpful in lowering the risk of cognitive decline with aging.” More research is warranted, she added.

Replenish: The benefits of bilingualism

Lifestyle factors such as physical activity, education and social engagement may help build “cognitive reserve” in later life. Cognitive reserve refers to enhanced neural plasticity — the lifelong ability of the brain to reorganize neural pathways based on new knowledge and skills acquired through instruction or experience.

Dr. Ellen Bialystok, a research professor of psychology at York University in Toronto and scientist at Baycrest’s Rotman Research Institute, noted in a study published in Neuropsychologia that speaking two languages throughout one’s life seems to delay the onset of symptoms of dementia by four years when compared to people who have been limited to speaking one language.

Rejuvenate: The benefits of physical exercise

According to the U.S.–based Franklin Institute, declining memory and motor skills are more often associated with lack of mental and physical activity than a result of aging. An increased heart rate ups the flow of blood to the brain, bringing more oxygen, feeding it more energy-enhancing glucose and removing waste products. A study by the University of Illinois, cited by the institute, showed physical exercise no more strenuous than walking had a positive effect on brain performance. By improving cardiovascular-respiratory fitness by five to seven per cent, participating walkers bettered mental test results by as much as 15 per cent.

The cerebellum, the computer-like “little brain” neatly tucked away at the bottom of the brain, co-ordinates voluntary movement, balance, learning and remembering physical skills, performing motor skills among other cognitive functions. Since this part of the brain is responsible for physical capabilities, it’s believed its size is a good indicator of physical powers.

The aging brain is constantly adapting and rewiring itself and growing new neurons. It’s never too late to flex and exercise your grey matter.