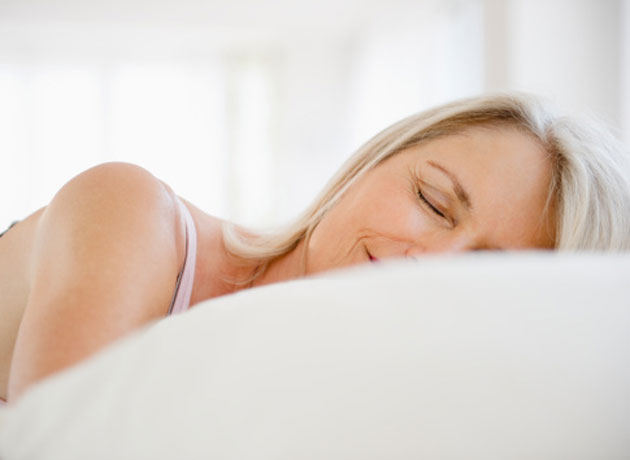 Studies have shown that adequate sleep is associated with a long list of benefits like better heart health and brainpower. And now there’s yet another reason to get your zzz’s.

As part of their annual [email protected] survey, researchers from UnitedHealthcare asked centenarians about their ‘secrets of aging success’.

They then polled baby boomers in their early 50s to see if they are embracing the same lifestyle habits that might help them reach their 100th birthday.

How did they measure up? Many boomers are indeed making healthy choices that could improve longevity, according to the poll. There are, however, a few exceptions — and a significant one has to do with sleep.

More than 70 per cent of centenarians report getting eight or more hours of sleep each night, the survey showed. This compares with only 38 per cent of boomers saying they get the same amount of rest.

Another area where boomers could use some improvement is in their eating habits. In addition to getting more sleep, more centenarians (80 per cent) say they regularly consume a balanced meal. Only 68 per cent of boomers could make the same claim.

Besides getting a good night’s sleep and maintaining a healthy diet, the poll revealed other factors that may contribute to long life.

People 100+ have strong social connections and talk to friends and family on a daily basis. They also engage in regular spiritual activity such as prayer or meditation.

Exercise also plays a key role, with over half of centenarians reporting they exercise almost every day. The post popular physical activity is walking, but nearly as many older participants said they also engage in strength training. Other go-to fitness activities include yoga, Tai Chi and bicycle riding.

And if you listen to 100-year-olds, laughter really is good medicine. A vast majority (80 per cent) of respondents said they find something amusing enough to laugh about nearly every day.

In each of these areas, baby boomer participants matched up fairly well, according to the survey. Not surprisingly, the area that boomers are more active than the older group is in the workplace, with most continuing to go to work every day. In terms of physical exercise, almost six in 10 boomers (59 per cent) exercise regularly.

The survey speaks to not just living longer, but living well, especially when you consider that the centenarians polled are just as active — physically and socially — as boomers half their age.

“Some people have the perception that the oldest members of our society sit alone in a nursing home all day, but this year’s UnitedHealthcare [email protected] survey findings suggest that getting older doesn’t necessarily mean becoming less socially active,” Dr. Rhonda Randall, chief medical officer at UnitedHealthcare, said in a release.

The survey also found that both centenarians and boomers believe that lifestyle choices have a greater impact on longevity than heredity.

Membership in Centenarian Club on the rise

In Canada, between 2006 and 2011, the number of centenarians rose by a record 25.7 per cent from 4635 to 5825 people, according to the latest census. These numbers are in keeping with a trend we’ve seen for the past 40 years: centenarians continue to be one of the fastest growing demographic groups in Canada.

And don’t expect that trend to change any time soon — the number of centenarians is expected to nearly double in the next 10 years, and will reach an estimated 17,600 by 2031. And when the oldest of boomers reach 100 in 2046, we can expect to see about 35,400 centenarians living in this country. By 2061 — when the youngest boomers approach this milestone — experts predict that number will swell to over 78,000.

Women, who generally have longer life expectancies than men, currently make up the majority of centenarians.

NEXT: 10 TIPS TO SLEEP BETTER

Feeling sleep-deprived? Here, some simple tips to improve your sleep hygiene — and reap the healthy benefits of a good night’s rest.

Set a schedule and stick to it. Go to bed at a set time each night and get up at the same time each morning. Disrupting this routine may interrupt your inner ‘circadian clock’ and lead to insomnia. While ‘sleeping in’ on weekends may seem like a treat, it can make it harder to wake up early on Monday morning because it re-sets your sleep cycles for a later awakening.

Watch what you eat. The general rule is: Don’t eat for at least 2-3 hours before your regular bedtime. Eating too much can make you less comfortable when settling down for bed. It is best to avoid a heavy meal and spicy foods too close to bedtime.

Watch what you drink. Avoid drinks that contain caffeine, which acts as a stimulant. This includes coffee, chocolate, soft drinks, and non-herbal teas. Alcohol tends to keep people in lighter stages of sleep, robbing them of deep and REM sleep. (Smokers also tend to sleep lightly and often wake up early because of nicotine withdrawal.)

Get regular exercise. Try to exercise 20 to 30 minutes a day. Keep in mind, however, that while daily exercise often helps people sleep, a workout too close to bedtime may actually interfere with sleep. In addition to making us more alert, our body temperature rises during exercise, and takes as much as 6 hours to begin to drop. Since a cooler body temperature is associated with the onset of sleep, it is better to finish your exercise at least 5 to 6 hours before going to bed.

Make your room sleep-friendly. Select your mattress, pillow and bed linens carefully for maximum comfort. Maintain a sleep-friendly temperature in the bedroom, usually between 18-21°C (65-70 degrees F). (Extreme temperatures may disrupt sleep or prevent you from falling asleep.) You may also wish to consider using blackout curtains, eyeshades, earplugs, ‘white noise,’ humidifiers, fans and other devices. Install soft lighting in your bedroom and bath. And when reading in bed, consider using a book light.

Try deep breathing. If you have trouble falling to sleep, try this relaxation exercise: take deep, slow abdominal breaths, and if possible, inhale through your nose. Even if your mind is a muddle of thoughts, try to focus on the flow of your breathing, inhaling and exhaling slowly. Count your breaths, and when you get to 10, start over again.

Don’t just lie there. Generally it takes about 20-30 minutes to fall asleep. If you still can’t get to sleep, don’t just lie in bed. Instead try reading, watching television, or listening to calming music until you feel tired. The anxiety of being unable to fall asleep can actually contribute to your sleeplessness.

Rise with the sun. If possible, wake up with the sun, or use very bright lights in the morning. Sunlight helps the body’s internal biological clock reset itself each day. Sleep experts recommend exposure to an hour of morning sunlight for people having problems falling asleep.

Finally, see a doctor if your sleeping problems continue. If you have trouble falling asleep night after night, or if you always feel tired the next day, then you may have a sleep disorder and should see a physician. Most sleep disorders can be treated effectively.

ON THE WEB
Find out more about the [email protected] survey.

READ MORE
8 scary sleep disorders
7 myths about sleep
Do you have sleep apnea?
Smart sleeping
Will you live to be 100?