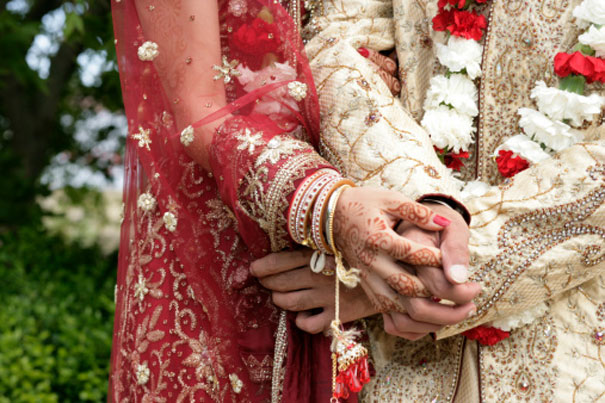 Q. Our daughter just became engaged to a young man from a different culture. We are East Indian and her fiancée and his family are Chinese. My husband and I like him quite a lot, but we are also concerned that our traditions will be lost in this marriage. They are both well educated, but we worry about how their children will be brought up. Will they be Indian or Chinese? We did not say much when they were dating, but now we wonder if we should have. Do we have a right to express our concerns? We do not want to alienate either of them. How can we proceed?

A. Your concern is understandable and this is a complex and multi-layered issue. But you have to start somewhere. Basically, how you begin the conversation depends on the kind of relationship you have with your daughter. Are you usually open and frank with each other, or has communication been more formal and reserved over the years? You can’t suddenly expect to tackle the issues head-on if that’s not been your approach in the past, says Dr. Carl James, a York University professor and sociologist who specializes in race and ethnic relations.

“This is a very, very common concern among parents of inter-racial marriages,” says Dr. James. “Gender is an issue. Culture is an issue. Language is an issue. But you can only have a frank discussion if that’s the kind of relationship you’ve had all along. If it’s not, you’ll need to tread very lightly or risk alienating, or even losing, your daughter.”

One thing is certain. Your situation is not unique. The number of couples in mixed race unions has been on the rise in Canada since the early 1990s, according to Statistics Canada. Between 2001 and 2006, interracial marriages grew by a whopping 33 per cent – more than five times the growth for all couples (6 per cent).

“I suspect this is mostly about the anxiety over what might be lost, more than anything else,” says Dr. James. “Hopefully your daughter will offer some reassurance that your expectations for the future will not go out the window with this marriage. Children are parents’ ‘investments’ in the future and it’s natural to wonder what they can count on. Parents also wonder if their grandchildren will experience racism growing up. Some of their concern may also be based on a desire to protect them from that.”

Another way to start the conversation, he suggests, is to have a highly-trusted family member or peer broach the subject with your daughter, basically posing the question, “have you considered how your parents might be thinking about this?”

This is a complex dilemma, but open communication about expectations – for all of you – is a good first step, no matter how you get there. And remember, every marriage encounters pressures due to differences, whether it’s Indian and Chinese, upper-class and lower-class, Catholic and Protestant, or rural and urban. The better you can “negotiate differences,” and the more skilled you are at doing it, the happier everyone will be.