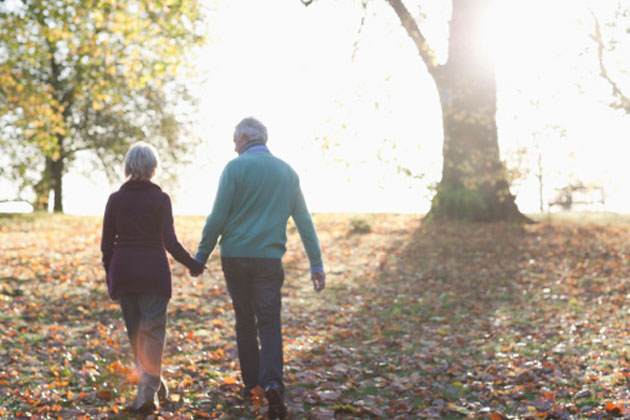 Caring for caregivers: when asking for help is a sign of strength

Q. My issue relates to a dear friend who I want to help, but don’t know how. Her elderly husband is suffering from vascular dementia and is going downhill quite rapidly. He has briefly forgotten on several occasions who she is and he’s now unable to be left alone for any length of time. Despite my protestations, she has chosen not to ask for help from any organizations. She insists I respect her decision, which I must. She is getting some help from family and friends and is fully supported by her family physician, but I can see the strain she’s under and I’m worried. Normally, I’m full of advice and ‘here’s what you must try,’ but not now. It feels like there’s nothing I can do except listen. Is there more? Please help me be the best friend I can be.

“That’s because they’re on call 24-seven,” says Mary Schulz, Director of Education with the Alzheimer Society of Canada. “And because they’re caring for someone who can’t participate in their own health care the way people with another condition can.”

Your friend, Mary points out, may be resisting reaching out because she’s been raised, like so many of us, to be stoic, to have a stiff upper lip and to believe that to do so would be akin to abandoning one’s spouse.

“The truth is, asking for help is a sign of strength. You need to surrender and put up the white flag. This isn’t an endurance test of love or a test of the strength of a relationship. Dementia is a formidable foe and we need to have as much help as we can to go the distance. It’s a marathon, rather than a sprint.”

According to the Alzheimer Society of Canada, there are 747,000 Canadians living with Alzheimer’s and other dementias. In 2011, family caregivers devoted 444 million hours, representing an estimated $11 billion in lost income, or nearly 230,000 full-time jobs.

Mary says it may end up taking “an event” to convince your friend she needs help. She might, for example, while rushing to do something, fall and break a wrist. “This is a worst case scenario – when you’re forced to realize your own limitations.”

In the meantime, you could try having a frank discussion with her. You can’t nag your friend but you can say you’re terribly worried about her. Encourage her to get some help navigating the community resources at her disposal, whether it’s through her local chapter of the Alzheimer’s Society or the community agency in charge of setting up support services. “It can be quite complicated. She needs to know what’s available, how it works, how much it costs.”

And if she still refuses? Mary suggests taking turns with other friends or family members visiting or calling – until an event eventually trips her up.

“The world of dementia is one where we do need a lot of help. It’s the norm to need help.”