When It’s Time for Long-Term Care 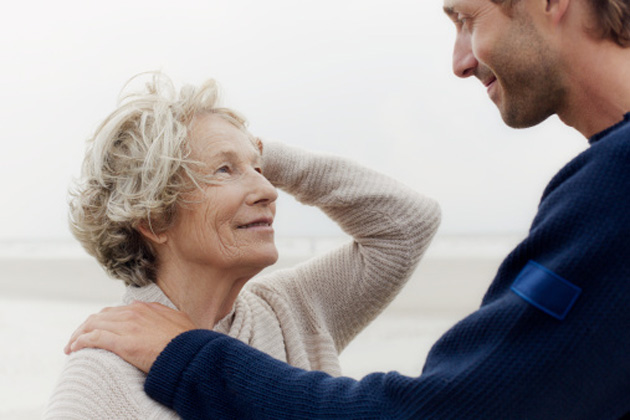 Here, dealing with dementia and making the call

Nobody wants to be in a nursing home and nobody feels good when the time comes to move a loved one into long-term care.

Yet it happens every day.

There are almost 750,000 Canadians currently living with Alzheimer’s disease and other dementias, according to the Alzheimer Society of Canada. And after age 65, the risk of dementia doubles every five years.

Chances are, long-term care is in the cards for many of us, especially if dementia comes our way. It’s not a pretty thought, but it’s a realistic one.

“Someone with dementia is not going to get better, but is going to get worse over time,” says Mary Schulz, Director of Education with the Alzheimer Society of Canada. “Their needs are going to escalate and get to the point where typically even the most well-informed, well-resourced, close-knit family is going to have a very, very difficult time caring for them at home until the end of life.”

According to Mary, there’s still a lot of mythology surrounding the issue and it only serves to reinforce outdated stereotypes and make people feel badly.

“Instead, we need to normalize the idea that the vast majority of people with dementia will live in a nursing home at some point in their lives and understand there are a lot of feelings around that, but that statistically this is the reality.”

So how do you know when it’s time?

“That’s the $64,000 question,” Mary says. She acknowledges it’s different for everyone, but points out “there are some markers that tend to be the straw that breaks the camel’s back.”

NEXT: How to Know When It’s Time

Here are those markers:

1) When family members are no longer sleeping: If the person with dementia is up every night between two and four, for example, keeping the caregiver awake and on high alert, you can only go on for so long. “When the primary caregiver is reaching the point of exhaustion and their own mental and physical well-being is compromised that’s a big tipping point for families. There’s no point in killing off everybody else because we’re trying to keep Joe at home.”

2) Incontinence: This too affects everyone’s quality of life. “Incontinence, particularly fecal incontinence, can be pervasive and unrelenting,” says Mary. “It usually means you tend not to go out anymore, you’re constantly doing laundry and at increased risk of dealing with infections. It’s so labour intensive.”

3) Accept the progression of the disease: The bottom line is you are going to see more and more impairment as time goes on and sadly it’s only going to get worse. “This is a disease of the brain, but the brain directs all the bodily functions. Ultimately all the organs and all the bodily functions are going to shut down – not all at once and not right away – but as those physical changes happen there will be a need for more medical and nursing care.”

And no one will have an advantage when that time comes, Mary emphasizes.

“You can be extremely wealthy, have tons of siblings with everybody living in the same city like you’re the Waltons and you’re all doing beautifully – but are you ready, able and willing to make caring for this person an absolute full-time job, and I mean 24-seven, which means your house will become a mini hospital with medical people coming and going around the clock and you’re managing them like a business?”

Dealing with dementia and making the long-term care decision is “probably the most difficult decision that any family will make,” says Mary. That’s why she encourages people to be kind and forgiving when the time comes and remember this: