Brush Up: A Dental Primer 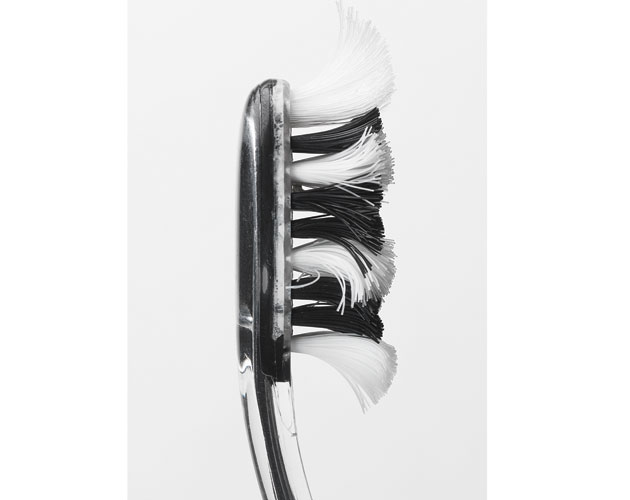 Be thankful we don’t live in ancient Greece where breath fresheners were limited to bizarre concoctions containing pickled olive brine, myrrh with wine and oil, pomegranate peels and vinegar.

Options have since improved but while modern fillings, bridges and implants can keep our teeth chomping for years, all this added hardware can turn the formerly straightforward job of cleaning and flossing into a battle of wills between you and hidden debris. Since gum tissue can recede (either due to the gum disease known as gingivitis or overly vigorous brushing), the “deeper pockets will make it more difficult to keep your teeth clean while restorations [dental work] have margins that can easily decay if not cleaned properly hence the importance of good oral hygiene,” observes Toronto prosthodontist Dr. Philip Haddad.

Some recent studies even found a potential link between periodontal disease and cardiovascular disease, although scientists now believe that it’s actually the inflammation caused by periodontal disease that may exacerbate conditions like diabetes and heart disease.

And if that threat or even the less deadly potential of weakened roots and eventual tooth loss due to neglect don’t convince you to get serious about your dental routine, then let hygiene and the threat of “halitosis” (bad breath) be your motivation. Three healthy strategies:

Television commercials taught us that using mouthwash was a first step to getting kissed, but mouth rinses can also “definitely help reduce bacterial accumulation in areas missed during brushing,” says Haddad. A twice daily 30-second rinse removes plaque that can inflame gums when it collects along the gum line. Try  Listerine Total Care Antiseptic Mouthwash, $5.

One-third of your tooth’s surface touches other teeth and can’t be reached by a brush, so flossing once a day is essential to minimize your risk of gum disease and tooth decay. Try The Philips Sonicare AirFloss, ($100) shoots a high pressure burst of water between teeth to dislodge and blast out hidden bits of food that were previously unreachable. Mouthwash instead of water in the Airfloss reservoir turns this task into a seek-and-destroy mission with mouth-freshening benefits.