Thick Around the Middle? Blame it on the Traffic 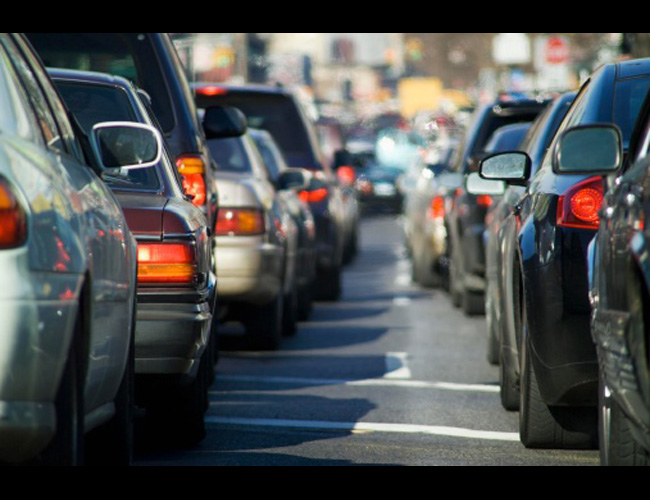 Don’t blame it on chips and beer. Or cake and ice cream.

Road traffic noise is linked to a significantly heightened risk of developing a midriff bulge in people age 60 and under, according to research published online in Occupational & Environmental Medicine.

Exposure to a combination of road traffic, rail, and aircraft noise may pose the greatest risk of acquiring a spare tire — otherwise known as central obesity, and thought to be one of the most harmful types of fat deposition around the body.

The researchers assessed how much road traffic, rail, and aircraft noise 5075 people aged between 43 and 66 living near Stockholm, Sweden had been exposed to in the preceding 3 to 7 years.

And they underwent a medical, which included blood pressure and a test for diabetes, as well as measures of central body fat (waist and hips and the waist:hip ratio), and overall obesity (weight and height to define the body mass index or BMI).

Similarly, there was a link to waist: hip ratio, with a change of 0.16 for every 5 dB increase in noise exposure to road traffic; this association was stronger in men.

There seemed to be a cumulative effect, however: the more sources of noise pollution a person was exposed to at the same time, the greater their risk of central obesity seemed to be.

The findings were not influenced by socioeconomic factors, lifestyle, or exposure to ambient air pollution from local road traffic.

Because this was an observational study, no definitive conclusions can be drawn about cause and effect, said researchers, nor were they able to assess levels of residential sound insulation or the location of the participants’ bedrooms.

But noise exposure may be an important physiological stressor and bump up the production of the hormone cortisol, high levels of which are thought to have a role in fat deposition around the middle of the body, they suggest.

Traffic noise from any of the three sources may also affect metabolic as well as cardiovascular functions, through sleep disturbance, they suggest, altering appetite control and energy expenditure.