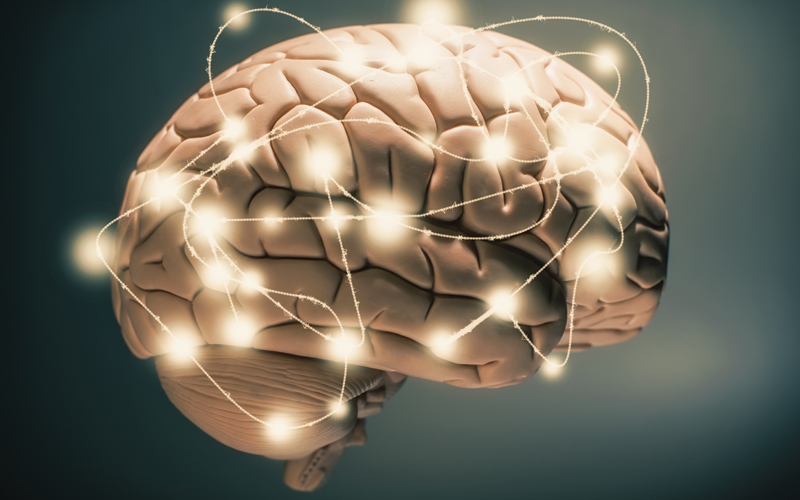 Scientists use patients’ brainpower to help them heal.

Friends think I’ve turned geek when I insist Dr. Norman Doidge’s new book, The Brain’s Way of Healing, is one of the most exciting I’ve read.

But when he describes innovative treatments that have helped people who’ve had concussions, strokes and traumatic brain injuries or faced such downer diagnoses as Alzheimer’s, Parkinson’s disease or multiple sclerosis, it’s intriguing at the very least. Because, people, those folks could too easily be us.

Eight years ago, the psychiatrist, psychoanalyst and writer (opposite) brought to public attention the idea of neuroplasticity, the brain’s sophisticated ability to use thought and physical activity to reorganize itself. The Brain That Changes Itself is still on bestseller lists. The publisher (Viking) would have preferred a shorter interval between titles, but Doidge needed time to revisit labs and follow up with the patients he’d met to make sure the improvements he described were still holding years later.

Until fairly late in the 20th century, the notion that the brain can change in a beneficial way after childhood seemed revolutionary. It was thought that brain cells couldn’t be replaced or a damaged brain improved. About 150 years ago, neuroscientists regarded the brain as the body’s supreme commander and eventually mapped out parts of the brain associated with particular areas of the body. This rather military approach overlooked the body’s profound influence on the brain as it relayed information about itself and the world outside that the senses conveyed.

By devising non-invasive techniques that take advantage of the body-brain partnership, imaginative scientists have challenged the old view of an unalterable brain and helped patients take advantage of neuroplasticity to heal their brains and recover their lives.

Examples? Light therapy delivered with LED lights and low-intensity lasers helps a woman in Toronto recover from the debilitating effects of complicated brain surgery; in a Madison, Wis., laboratory, a small device called a PoNS (for Portable Neuromodulation Stimulator), placed on the tongue, galvanizes the brain with mild electrical signals, allowing a man with MS to walk without a cane and sing Broadway tunes again, helps a woman deal with the after-effects of a significant stroke and others with traumatic brain injuries.

John Pepper, a retired South Afri-can businessman in his 80s, had no idea the symptoms he’d begun having in his 30s were caused by Parkinson’s disease (PD) until he was finally diagnosed in 1992. He found that by meticulously studying each element of his walking process – an action usually done without thinking – and consciously correcting each one, he could move quickly without the short steps, shuffling gait and slowed movement typical of the disease.

He uses a different part of his brain to control these movements, he told Doidge. Symptoms stay at bay if he rigorously sticks to the fast-walking program, and he’s devised other strategies to tame his PD tremors. Nearly a decade ago, after years of fast walking, he was able to stop PD medications, something he strongly suggests might not be a good practice for others.

So successful has Pepper been at managing his disease that he has been accused of not having typical PD, even though his physician has documented his case, and his current neurologist confirms he has the disease. Critics, who understand the disease as progressive and degenerative, feared Pepper would give false hope to people with PD – yet they were, as Doidge writes, overlooking the fact that he was treating himself very intensively.

Pepper hasn’t eliminated PD, Doidge says, “He’s just eliminated his movement symptoms, which come back when he doesn’t walk. That seems to me good enough – or a great leap forward from what we have.”

In fact, he notes, “The proactivity of the patient turns out to be especially relevant in conditions where neuroplasticity could be part of their getting better.”

At the clinic of Edward Taub, a behavioural neuroscientist in Birmingham, Ala., for instance, stroke and brain-injured patients work to recover through constraint-induced (CI) movement therapy. Preventing patients from using unaffected limbs helps restore brain maps that control damaged areas.

Most patients are motivated to work at getting better, Doidge says. They need physicians to refer them to the appropriate clinics and physiotherapists trained where the interventions were developed.

“The devil is in the details,” he says. Some who have suffered concussion may be helped by several of five interventions he describes in The Brain’s Way of Healing. Newmarket, Ont., chiropractor George Roth deals with abnormalities of electrical conductivity in bones.

In Toronto, Dr. Fred Kahn uses low-intensity laser therapy to improve cellular health. The PoNS device developed in Madison, Wis., and neurofeedback each offer neurostimulation, as does sound therapy, music and voice that has had the frequencies modified, which can help resynchronize the brain.

The dark side of neuroplasticity lies in the brain’s ability to change pain from acute to chronic. Dr. Michael Moskowitz, ironically a pain specialist, suffered devastating neck and back pain for 13 years after a water-skiing accident. He knew his brain had become more sensitive to pain and was enlarging its pain map for his injury. Because he knew of two regions in the brain that process both pain and visual data, he used visualization every time he felt the pain. By imagining his pain map shrinking, he was almost always free of pain within a year and uses the technique on his patients.

And what can we do to keep our brains in shape? Doidge says, “We’ve spent middle age replaying already mastered skills like reading the newspapers, dancing the old dances – these activities don’t put nearly enough demand on your brain to maintain it so it can be sharp when it registers new information.”

He’s skeptical of some of the brain exercise programs on the market. “They weren’t developed by neuroscientists who tested and retested their efficacy over and over,” he says.

He says, however, that there are more than 100 studies that show the effectiveness of BrainHQ – exercises developed by Dr. Michael Merzenich, who, he points out, “is widely recognized as one of the most important living researchers in neuroplasticity.” Doidge adds, “A very solid multicentre National Institute of Health Study has found that the effect lasts 10 years and that they generalize to everyday life. There are different components – one a visual one used with elderly [drivers]. When they train their visual processors with these exercises, they get into fewer accidents.”

But for the future of your brain, consider the results of a 30-year study by the Cochrane Institute (Cardiff University in Wales).

“The participants were able to reduce the risk of dementia by a staggering 60 per cent if they did four of the five following things: exercise; be a normal weight; eat a lot of fruits and vegetables ; not smoke – that was very important; and drink only moderately at most,” Doidge says. “But exercise was the strongest factor in lowering dementia risk, and just walking two miles a day, five days a week was enough – you don’t have to do brutal cross-fitness training.”

What’s good for the body, then, is good for the brain – small wonder since the two exist in intimate partnership united by millions of neurons. The various interventions Doidge describes take advantage of this connection in order to exploit the brain’s neuroplasticity. It’s the beginning of a revolution, one those of us piling up the decades may one day be grateful for.