Reduce Your Risk for Alzheimer’s disease 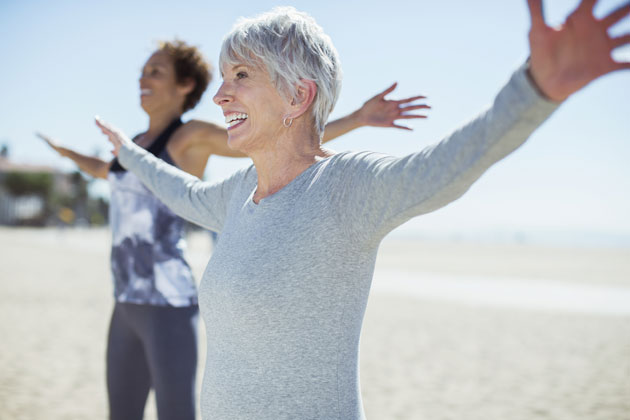 This week marks World Alzheimer’s Day (Sept.21). Here, ways you can help to reduce your risk for Alzheimer’s.

Exercise, take time for tea — and get your vitamin D.

If you want to reduce your risk for Alzheimer’s disease, adopting these lifestyle habits just might help, according to several large studies presented at the International Conference on Alzheimer’s Disease in Hawaii.

The findings were the result of three large, long-term studies, including the Framingham Study, where researchers analyzed data from more than 1,200 people in their 70s. The study, which has followed people in Framingham, Mass., since 1948, was originally designed to track cardiovascular health. It is now also tracking the participants’ cognitive health.

When looking at physical activity levels, researchers found that people who engaged in moderate to heavy amounts of exercise had about a 40 per cent reduced risk of developing any type of dementia. Compared with heavy exercisers, those with the lowest levels of physical activity were 45 per cent more likely to develop dementia. The findings suggested this was a particularly strong trend among men.

“This is the first study to follow a large group of individuals for this long a period of time. It suggests that lowering the risk for dementia may be one additional benefit of maintaining at least moderate physical activity, even into the eighth decade of life,” study author Dr. Zaldy Tan, of Brigham and Women’s Hospital, VA Boston and Harvard Medical School, said in an Alzheimer’s Association news release.

Vitamin D deficiency — which has been linked to serious health conditions such as cancer, diabetes, osteoporosis and heart disease (See Vitamin D deficiency costs lives) — may also lead to increased risk of cognitive impairment and dementia later in life, a second study found.

British researchers looked at 3,325 people aged 65 and older to examine vitamin D deficiency and cognitive performance. Vitamin D levels were measured from blood samples and compared with performance on a measure of general cognitive function that included tests of memory, orientation in time and space, and ability to maintain attention. Participants who scored in the worst 10 per cent of the group were classified as being cognitively impaired.

“It appears that the odds of cognitive impairment increase as vitamin D levels go down, which is consistent with the findings of previous European studies,” said David Llewellyn, PhD, of the University of Exeter Peninsula Medical School. “Given that both vitamin D deficiency and dementia are common throughout the world, this is a major public health concern.”

According to Llewellyn, the majority of older adults in North America have insufficient vitamin D levels. This is because their skin becomes less efficient at producing vitamin D with age, and sunlight (UVB radiation) levels are limited for much of the year. (See Get your vitamin D.)

Tea for a cognitive boost

That delicious cup of tea may also provide a boost to your cognitive health, according to researchers from UCLA.

For this study, researchers looked at 4,800 men and women aged 65 and older from the Cardiovascular Health Study over a 14-year period to examine the relationship between consumption of tea, coffee, and the change in cognitive function over time.

They found that people who drank tea at a variety of levels showed 17-37 per cent less cognitive decline than non-tea drinkers. Coffee consumption, however, did not show any effect except for the heaviest coffee drinkers, who had 20 per cent less decline.

“The suggestion of a positive effect of tea consumption in slowing cognitive decline requires further investigation,” said Lenore Arab, PhD, of UCLA. “Interestingly, the observed associations are unlikely to be related to caffeine, which is present in coffee at levels 2-3 times higher than in tea.”

(See A cup of tea for your health.)

Vitamin D deficiency can be deadly