One Potato, Two Potatoes and More May Prevent Weight Gain 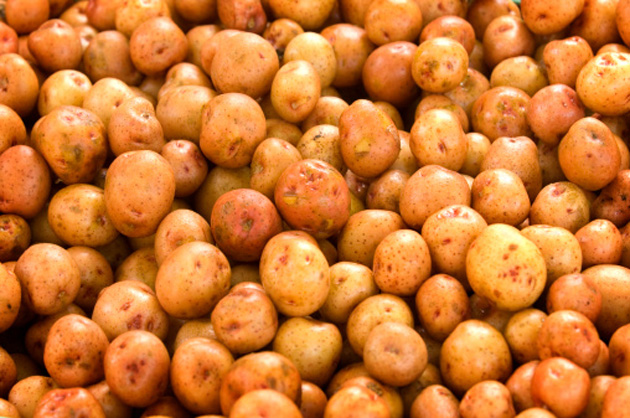 Show some respect for the lowly spud.

An extract of Irish potatoes reduces weight gain to such a surprising extent that McGill University scientists repeated the study to make sure the results were accurate.

The extract may limit weight gain from a diet that is high in fat and refined carbohydrates.

The study was done on mice but humans and mice metabolize foods in similar ways. Clinical trials are planned to validate beneficial effects in humans. And the optimal dose for men and women needs to be determined, since their metabolisms differ.

The study began with researchers feeding the mice an obesity-inducing diet for 10 weeks. The results soon appeared on the scale: mice that started out weighing on average 25 grams put on about 16 grams. But mice that consumed the same diet but with a potato extract gained much less weight: only 7 more grams.

The benefits of the extract are due to its high concentration of polyphenols, a beneficial chemical component from the fruits and vegetables we eat.

“We were astonished by the results,” said Prof. Luis Agellon, one of the study’s authors. “We thought this can’t be right – in fact, we ran the experiment again using a different batch of extract prepared from potatoes grown in another season, just to be certain.”

The rate of obesity due to over-eating continues to rise in Canada, affecting 1 in every 4 adults. According to this study, potato extracts could be a solution for preventing both obesity and type 2 diabetes.

“The daily dose of extract comes from 30 potatoes, but of course we don’t advise anyone to eat 30 potatoes a day,” says Stan Kubow, principal author of the study.

What the investigators envision instead is making the extract available as a dietary supplement or simply as a cooking ingredient to be added in the kitchen.

Popularly known for its carbohydrate content, the potato is also a major source of polyphenols.

Potatoes, he explains, “have the advantage of being cheap to produce, and they’re already part of the basic diet in many countries.

“We chose a cultivated variety that is consumed in Canada and is especially rich in polyphenols.”

The team hopes to patent the potato extract, and is currently seeking partners, mainly from the food industry, to contribute to funding clinical trials.

This study was funded by the Natural Sciences and Engineering Research Council of Canada, the Canadian Institutes of Health Research and the Canada Foundation for Innovation.