4 Energy-Boosting Tips from an Olympic Trainer 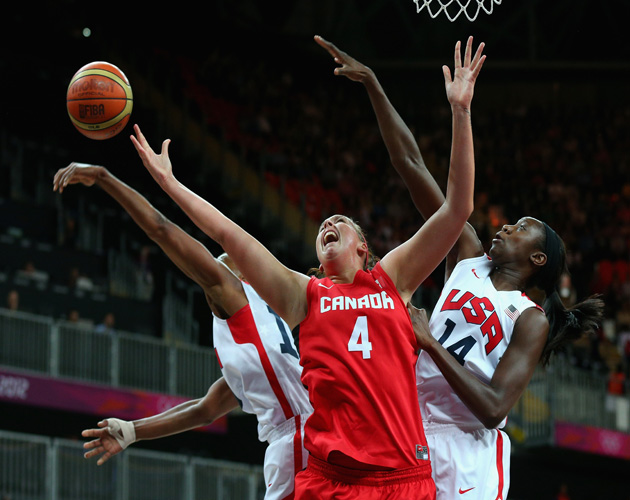 Olympic trainer Peter Jensen is in Rio for the Summer Olympics this month. Not bad for someone who’s about to turn 70.

The 2016 Summer Games in Rio will mark the ninth trip to the Olympics for Peter Jensen. However, the Canadian trainer isn’t competing—he’s actually helping our athletes prep for the competition. With a doctorate in sports psychology, Jensen has an extensive resume, having worked with 70 medalists, including figure skaters Brian Orser and Elvis Stojko. This summer, it’s the women’s basketball team and archer Crispin Duenas whose heads he’s helping keep in the Games.

Jensen trains high-level athletes, and executive clients, to help them manage their energy level like a thermostat—instead of a thermometer. A thermometer moves up and down based on the environment around it, whereas a thermostat sets the desired temperature—energy output, in this case—and keeps it there, regardless of the stress.

Earlier this year, Jensen published a new book, Thriving in a 24-7 World, in which readers follow a fictional sports psychologist through his coaching experiences.

In an interview with Zoomer, Jensen offers some simple techniques that can work for everyone, from point guards to full time caregivers.

Energy leaks
Jensen says we often worry too much about things we can’t change or fix, something he calls “ceaseless striving.” As he puts it, “Look at what you have control over, because trying to control things that are out of your control is just foolish.” Learn to let go, he recommends. Visualizing is important—he thinks of it as flushing a toilet. If something is out of your control recognize that and flush it.

Control your breathing
Centering is a tool that Jensen refers to frequently. It’s a breathing technique practiced in Aikido, a Japanese martial art. It’s a method of relieving tension and achieving relaxation in stressful situations. Here are the six steps you need to know to effectively use the centering technique:

1. Breath in through your nose.
2. Focus 100 per cent of your attention on your diaphragm as it fills with air.
3. Pause.
4. Slowly let the breath out through your mouth.
5. As you breathe out shift your attention to your jaw (which loosens), your shoulders (which drop), your knees (which soften) or your buttocks (which sinks).
6. Repeat as needed.

Power napping
Naps are a great way to recharge your batteries, but Jensen says it must be done properly in order to be effective. Your nap should last between 25 and 30 minutes—beyond that we get into rapid eye movement (REM) sleep. If you wake up during REM sleep you’ll feel groggy. Jensen admits that taking a midday nap requires a bit of creativity. He’ll often retreat to his car in the underground parking garage, set an alarm on his phone and recharge.

Purpose and focus
It’s hard to feel motivated when you’re going through the motions and just passing time. After retiring from your job you may not feel compelled to do anything, but that doesn’t mean you shouldn’t do anything. Do what you love, says Jensen who’s “slowtirin” rather than retiring. For him, that means continuing to work with athletes. For others, it could mean volunteer work, becoming more involved with your grandchildren’s activities, or spending more time on your favourite hobby.