Is There A Silver Bullet For Healthy Longevity? 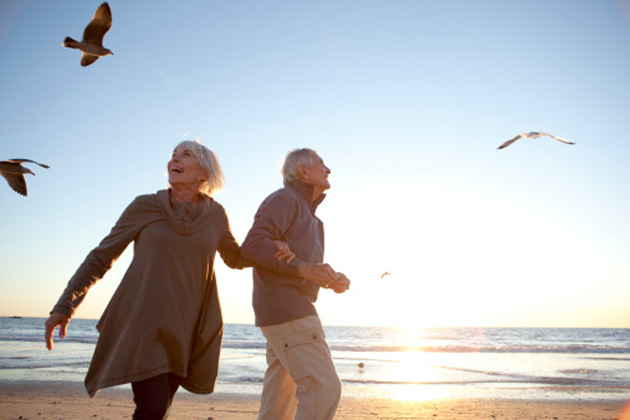 Diet. Good genes. Staying active. Researchers are hard at work trying to pinpoint what really contributes to healthy longevity. But is there really one silver bullet?

I assume it is a matter of good genes.

When Hazel McCallion, the legendary 95-year-old former mayor of Mississauga, Ont., came by to talk about ageism, I asked her the obligatory question: “What is your secret?”

The answer, as it often does, sounded almost banal. It came down to a healthy lifestyle—eating right, staying active and engaged, having a purpose and a good attitude. To my mind, all those things are a given for anyone to reach a great age without any physical impairment. But they don’t explain why so many people who live equally well don’t attain that—which is why I am of the opinion that you need nature on top of nurture.

But Hazel is doubtful that genes have anything to do with her unflagging vitality. “My mother lived to 79, but my dad died at 55,” she told me. The first factor she credited when we talked was independence—that and hard work. “Being a Depression kid, I had to leave home early to go to school, then I had to go to work.”

Next on her list, though, was food. She grew up on a farm on Quebec’s Gaspé Peninsula. “I think organic food…we had all the best vegetables and things to eat. I drank unpasteurized milk, ate a lot of fish, and we had our own chickens and cows,” she recalled. “I didn’t know what a hamburger looked like until I hit Montreal.”

There is vast amount of research on the role of food in keeping us healthy or making us sick. Dr. Michael Greger maintains an exhaustive website (www.nutritionfacts.org) which distills all the latest science on the subject. He is a physician, best-selling author and prolific speaker who has made the rounds of the biggest American talk shows and conferences, popularizing the notion of food as medicine.

He believes diet is the No. 1 cause of premature death and disability in North America. He is a vegan and a zealous one—urging us to eschew “meat, dairy, eggs and processed junk.” His provocatively titled book How Not to Die dispenses advice on how to use food to combat the top 15 causes of premature death including heart disease, cancer, diabetes and high blood pressure.

When I spoke to him ahead of his presentation at ideacity 2016, he gave me some sample prescriptions: daily consumption of flax seeds to lower blood pressure and prevent prostate cancer, soy foods to prevent breast cancer, turmeric to treat as well as prevent colon and pancreas cancer. I have to admit I am skeptical. Maybe it’s because I can’t imagine giving up the charred, juicy rib steaks I eat weekly or the rare beef pho that feels so healthy on chilly days. When I asked Greger if there is an “allowable” amount of meat, he said less is obviously better.

“You can choose moderation and hit yourself with a smaller hammer—but why beat yourself up at all?” he asked me.

Diet is just one aspect of what makes someone like Hazel McCallion, and researchers are hard at work trying to pinpoint the source of this vigour.

The Wellderly Study in the United States has followed 1,400 people aged 80 to 105 who have never developed any chronic medical conditions or diseases, including cancer, stroke, Alzheimer’s, Parkinson’s disease, diabetes and heart attack. After eight years, researchers at the Scripps Translational Science Institute in La Jolla, Calif., found some rare genes that protect against mental decline and a lower risk for coronary artery disease.

However, they did not detect any difference from the rest of the population in the risk for cancer, stroke or Type 2 diabetes. “We didn’t find a silver bullet for healthy longevity,” said study co-author Ali Torkamani. A similar Canadian project, the Super-Seniors Study, was launched last year, and perhaps it will unlock more of the mystery.

In the meantime, Hazel McCallion is extremely active with a portfolio of part-time jobs and community work. She drives, lives on her own and does all of the housework and gardening herself. She isn’t even on any prescription medication at her age. “I’ve been fortunate, I’ve had good health all my life,” she told me. “Thank God for that.”