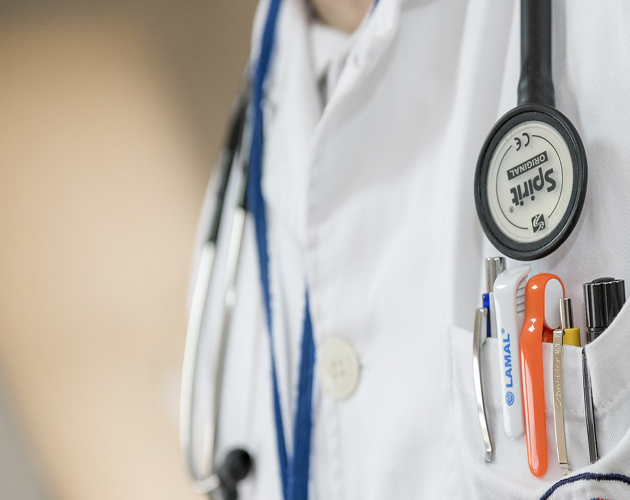 This week, Ben Stiller, 50, revealed his prostate cancer diagnosis. Here, we look at the urine test used to diagnose—and save—patients.

Canadian researchers have developed protein signatures for accurately diagnosing prostate cancer from a simple urine sample, without any invasive procedures.

The Ontario Institute for Cancer Research announced the news this week in the journal Nature Communications.

Equally significant, the urine test can distinguish between patients with aggressive versus non-aggressive disease.

“The amazing thing about these signatures is that their rate of accuracy is as good or better than the invasive tests that are used today, with far fewer drawbacks,” said Dr. Paul Boutros, an OICR principal investigator and a lead author on the paper.

“They can replace invasive, expensive, uncomfortable tests with something much easier and simpler. This type of cheap, non-invasive testing could allow patients to be screened much more frequently, allowing for more accurate monitoring of patients’ non-aggressive cancer over time, sparing patients biopsies, imaging tests and even unnecessary surgeries.”

Current methods to diagnose prostate cancer usually include a combination of digital rectal exams, prostate specific antigen (PSA) tests and biopsy, all of which have drawbacks, including their invasiveness for patients, potential complications and false-positive results (tests finding evidence of cancer when none is there).

Finding new ways to accurately diagnose prostate cancer is considered a priority for many research institutions, including OICR, because the result of these tests’ shortcomings is in many cases over-diagnosis and over-treatment.

There were three sites involved in the discovery and each brought their own unique expertise to the project. The Eastern Virginia Medical School developed clinical resources, while University Health Network researchers were generating large amounts of proteomic data and were developing new techniques to test proteins in blood. All of the data flowed to OICR where it was pieced together using computational biology, and where the proteins were identified.

The study has to date gone through development and initial validation and it is now ready for a large retrospective validation study, which the collaborators are now designing. After validation is successfully completed it would then move into clinical trials.