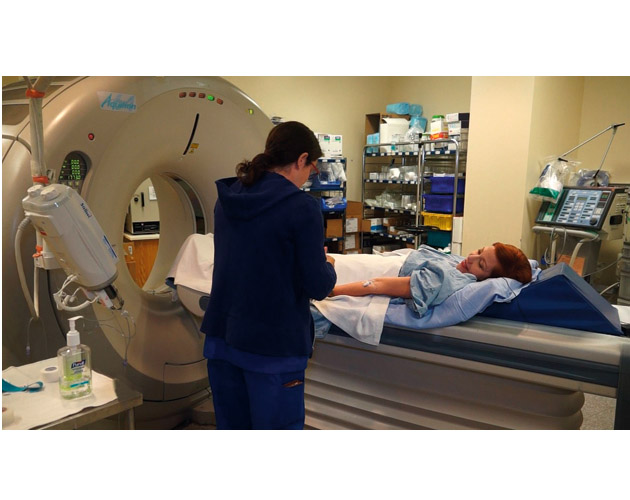 Photo: A scene from "Cancer Saved My Life"

Airing tonight (Oct. 17) on Vision TV, this 60-minute documentary chronicles Libby Znaimer’s experience with breast and pancreatic cancer, and explores how a genetic mutation that predisposed her to cancer ultimately helped her to overcome the deadliest form of the disease. Here, read Libby’s column on her experience from the Oct. 2016 issue of Zoomer

The offer of a souvenir made me recoil in horror. When I visited Dr. David Hedley’s lab at the Princess Margaret Cancer Centre in Toronto, he asked if I wanted to take home a tiny slice of my pancreatic cancer tumour, encased in wax. “You can keep it!” I responded, backing away. The lab could have easily afforded to let me have one small piece because there are now literally thousands of them being used in all kinds of experiments.

Readers of this column know my story well. I got a devastating diagnosis of pancreatic cancer as I was writing my first column for the first issue of Zoomer. My doctors came up with an innovative treatment, I made a miraculous recovery, and they were able to use what they learned with me to help other pancreatic cancer patients with the same genetic mutation I have. But it wasn’t until recently that I realized the extent of the research my case has sparked. That’s why I embarked on a project that has taken the better part of a year—a documentary film on how the flaw that caused my cancer ended up saving my life, the research it has led to, and the family implications for me and others.

I went through my medical records page by page with my doctors, Malcolm Moore and Steven Gallinger, to see how they made their decisions—the documents clearly show that they were taking a flyer on the drug combination that ultimately shrank my tumour and enabled me to get lifesaving surgery. “It was the excitement of scientific discovery,” Gallinger told me. “And you were very much a guinea pig—much as we love you!”

When it became clear that those drugs were working for me, I remember being annoyed that I couldn’t get so much as a smile out of the doctors. It wasn’t that I thought they should be happy for me—I barely knew them at that point. But given the difficulty of the disease and the dismal survival rate, I would have expected some sign of happiness in response to rare good news. It turns out, that like the rest of us, doctors are wary of setting themselves up for disappointment.

“It was taking a scientific paradigm into a patient with a very exciting outcome,” recalls Gallinger. “But remember for the first year or two, I was waiting for the shoe to drop like it does for most patients…because if you’re going to die, it’s not that exciting.”

While Gallinger may have been reticent at first, Dr. Talia Golan remembers him crowing about his most amazing patient (me) from the time they first met. Golan is the medical director of the pancreatic cancer program at Sheba Medical Centre in Israel. She has an amazing patient of her own who carries a BRCA genetic mutation like I do. Israel is ground zero for these mutations because they are most prevalent in Ashkenazi Jews. I travelled there with the documentary crew to meet Golan and her patient, Tamir Gilat, as well as other BRCA carriers.

Tamir is a former businessman and professional soccer player who is in excellent shape. He was diagnosed with pancreatic cancer and kidney cancer at the same time when he was only 48. The tumour in his pancreas was operable, but the cancer spread to his liver after the surgery, while he was still undergoing chemotherapy. He went into a clinical trial, and the experimental drugs he was given have kept him in remission for more than five years. He is the only patient in that trial who is still alive. Now the kidney cancer has returned, and he is on a separate treatment for that.

“I don’t have long-term dreams,” he told me. “I live from treatment to treatment and pill to pill—but with a smile on my face.”

Like me, Tamir is an outlier. Like me, the flaw that caused his cancer is also behind his remarkable survival. That’s why medical science finds our stories so interesting, and that’s why my documentary is called Cancer Saved My Life.

Cancer Saved My Life airs on Oct. 17 at 9 p.m. ET on VisionTV (a ZoomerMedia property).