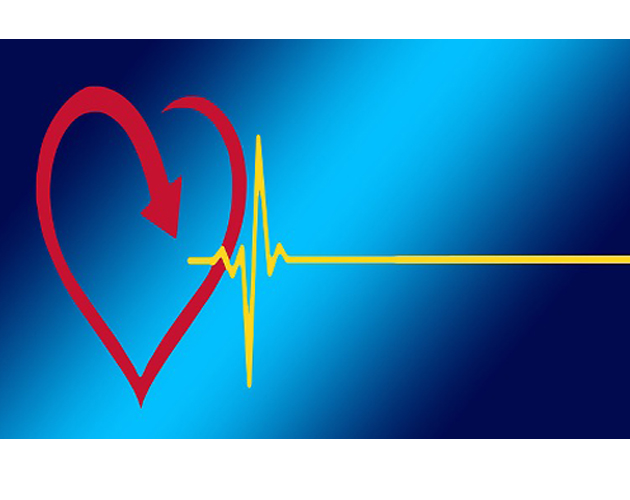 We’ve rounded up the biggest health stories that directly affected Canadians in 2016.

1. Assisted dying became law
Providing medical assistance to people who choose to die, with certain restrictions and safeguards, became legal in Canada in June. By fall, more than 100 Canadians took advantage of the new law and chose to die with medical assistance.

2. Smoking pot recreationally will soon be legal
A federal task force recommended in December that Canadians over the age of 18 should be able to buy marijuana legally for recreational use from licensed retail dispensaries or by mail order—or even to grow a small amount for their own use. That includes buying or carrying 30 grams of marijuana for personal use and growing up to four plants at home.

It’s expected that it will take provinces until 2019 to determine how and where to make cannabis available at retail outlets.

Tens of thousands of Canadians already use marijuana for medical reasons, such as chronic pain, but prescriptions are required and the drug can only be purchased by mail from licensed producers.

READ MORE: Talk To Your Doctor About Medical Cannabis

Results published in The Lancet showed that completely wiping out the immune system and then regenerating a new one with blood stem cells can eliminate all signs of damaging brain inflammation and reverse the disease in some people with early, aggressive (MS)—about one in 20—and bring about lasting recovery.

The clinical trial included 24 participants who were followed for up to 13 years.

4. Opiod epidemic
Health care and justice system representatives met in Calgary in October to deal with Canada’s opiod epidemic. It’s been reported that thousands of Canadians have died as a result of fentanyl overdose.

Pharmaceutical-grade fentanyl is 100 times more toxic than morphine and there’s not much difference in the amount of the drug that can provide a euphoric high and the amount that can kill. A kind of fentanyl called carfentanil is even deadlier. Canada is reported to be the second-highest opioid consumer in the world, according to the Canadian Medical Association Journal.

5. Gord Downie’s gliobastoma
Canadians learned about the killer brain cancer when the Tragically Hip lead singer and song writer was diagnosed with the disease in May. Soon after the announcement, the band embarked on an iconic cross-country tour, accompanied by Downie’s neuro-oncologist. The prognosis for glioblastoma patients is poor, with most living less than two years after diagnosis. Millions of dollars for research and development of new treatments have been donated to the Gord Downie Fund for Brain Research at Sunnybrook’s Odette Cancer Centre since the announcement of Downie’s illness.

6. The Zika Virus
The mosquito-borne virus that causes microcephaly in unborn babies invaded south Florida over the summer and resulted in Canadians cancelling plans to visit the popular destination. While pregnant women and couples intending to have children were especially wary, many other travellers were also turned off by the threat. As of December 9, 2016, the U.S. Centre for Disease Control removed the red area designation for South Miami Beach after three mosquito incubation periods (45 days) passed without any new locally transmitted cases of Zika. However, caution for yellow areas now applies to the South Miami Beach area and all of Miami-Dade County.

READ MORE: Zika Virus May Cause Alzheimer-like Symptoms In Adults

Researchers are working backwards, first identifying the individual, unique molecular make-up of malignant tissue and then developing a drug therapy designed specifically to attack it while sparing normal tissue. Meanwhile, new technology provides real-time monitoring during treatment and artificial intelligence, like IBM’s Watson, tracks and analyzes all the data related to individual cancers, their treatment and the outcomes. In March, the researchers who developed the revolutionary gene-editing tool known as CRISPR, were recognized with the Gairdner Foundation Award, Canada’s most prestigious international science prize.

8. Federal health care funding squabble
A down-to-the-wire meeting between Ottawa and the provinces on December 19 to settle on federal health transfers that will affect health care over the next decade was tense and contentious. Finance Minister Bill Morneau offered an increase of just 3 per cent in 2017. But the provinces and territories responsible for actually delivering health care to Canadians insist that increase is not enough to keep up with inflation and population growth. They said an increase of 25 per cent was needed. “Bill Morneau’s proposal is a road map to a catastrophe,” Quebec Health Minister Gaétan Barrette said in an interview before the meeting.

9. Health systems under scrutiny
While Americans squabbled over their Affordable Care Act, otherwise known as Obamacare, and President-elect Donald Trump vowed to dismantle it on his first day in office, Canadians were feeling pretty smug about our universal health care system that works well for most people most of the time.

Tragically, it didn’t work for 18-year-old Lauren Hillier of Burlington, Ont., who died of a curable form of leukemia in January after waiting for seven months on an OHIP list for a bone marrow transplant that could have saved her life since a perfect match was available.

The Toronto Star reported that “transplant program chiefs warn Cancer Care Ontario about the ‘ethically not right’ rationing of treatments that leaves patients dying on absurdly long waiting lists; the program’s reliance on ‘medically unnecessary chemotherapy’ to ‘buy time’ until transplant beds became available; and the ‘unseen victims’ who could benefit from treatment but aren’t told of the option because referring physicians ‘tire of being turned down’ for transplants.”

10. Putting magic mushrooms on the menu
This is not exclusively a Canadian story, but it’s a happy health story, so why not…

Researchers at two elite American medical centres report that a substantial majority of people suffering cancer-related anxiety or depression found considerable relief for up to six months from a single large dose of psilocybin, the hallucinogenic agent in magic mushrooms. The studies were published in the December 2016 issue of the Journal of Psychopharmacology.

Six months after the final session of treatments, about 80 per cent of participants continued to show clinically significant decreases in depressed mood and anxiety, with about 60 per cent showing symptom remission into the normal range. Eighty-three percent reported increases in well-being or life satisfaction.