Living With Alzheimer’s At 57: Learning To Use Words Again 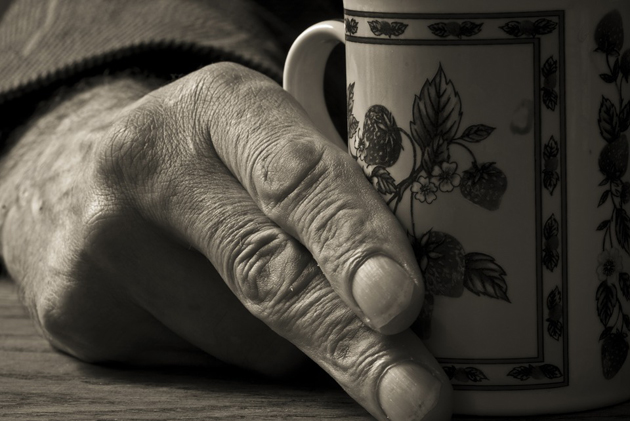 Phyllis Fehr is taking part in the Alzheimer’s Awareness Month campaign because she wants people to know that those living with Alzheimer’s don’t lose their identity.

Phyllis Fehr is 57-years-old and she wants you to know she’s the same person she was at 47, or even 37. Not physically, of course. A decade or two makes a difference.

And not mentally, either. Alzheimer’s disease also makes a difference.

But she is still Phyllis, she insists, despite the diagnosis four years ago of Lewy Body Dementia and young onset Alzheimer’s.

She was working as an ICU nurse when she started failing to put things away where they belonged, couldn’t find words and could no longer multi-task.

“I really had trouble with words and with communicating,” she recalls, “so I started withdrawing because I couldn’t communicate. But with medications, it was like a fog lifting and the words started to come back.”

Now, she says, about people with Alzheimer’s, “We may have the diagnosis, but that doesn’t mean anything has changed.”

Nevertheless, she says, “People around you disengage with you.”

That’s why the theme of Alzheimer’s Awareness Month, which kicks off on January 10 in Canada, is: “It’s not just their disease. It’s ours too.”

Fehr is taking part in the Alzheimer’s Awareness Month campaign not only because she wants you to know people with Alzheimer’s don’t lose their identity, but also because she recognizes how important it is for people with the disease to stay active and involved.

Following the diagnosis, she became proactive in preparing for the future, making her house safer and drawing up legal documents.

She educated herself about dementia, helped organize a support group for people diagnosed at an early age, and became active with the Ontario Dementia Advisory Group.

“I do a lot of public speaking,” she says. “I learned to use my words again.”

Every day, 69 Canadians are told they have dementia, according to the Alzheimer’s Society of Canada. The society wants to remind us, as the new year begins, that “these are friends, co-workers, neighbours, people we see every day.”

The hashtag for the month-long campaign is “#InItForAlz”—and one of the people “in it for alz” is TSN’s Hockey Insider co-host Darren Dreger.

His 75-year-old stepfather in Saskatchewan has Alzheimer’s and Dreger’s 77-year-old mother was his caregiver until he was hospitalized recently.

“There were nights where he’d sleep for an hour at a time and mom would have to get up each time,” recalls Dreger, who admits to a “high level of frustration” with the health care system.

“I can assure you my family had no idea of the challenges and hurdles,” he says. “Until you’re immersed in the experience, you have no idea.”

He explains that his stepfather had been in a long term care facility as a respite patient, “but when he qualified for full-time long term care, he had to be put on a transfer list and leave before he could come back. He had to leave the respite bed in his hometown and go an hour away where he was put in a lock down facility” until he could transfer back to a more appropriate bed in his home town.

But “the bigger and scarier story,” says Dreger is the “staggering” number of people diagnosed with Alzheimer’s and dementia—25,000 every year, with significant increases projected as boomers age.

“Yet in 2017,” he notes, “we’re still experiencing a pretty significant shortfall” in care and support.

His experience with his stepfather and the impact the disease has had on his family is what motivated Dreger to join the campaign during Alzheimer’s Awareness Month.

“If my teeny weeny voice helps raise awareness and pressures government and helps friends and families with dementia and helps educate people on what they’re going to face, at least I’m doing something and that gives me some peace of mind,” he says.