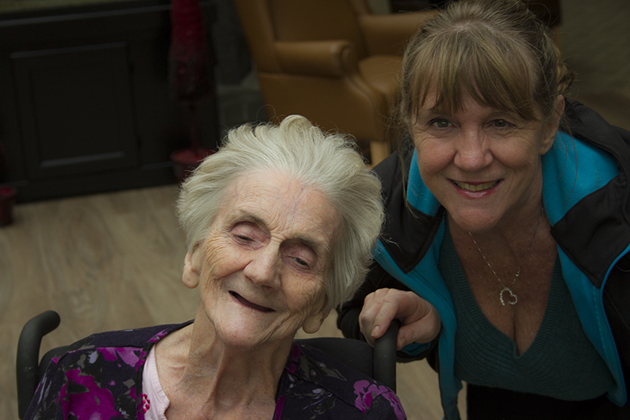 It’s been 10 years since my grandmother was diagnosed with Alzheimer’s disease. In that time, music has become more important than ever.

Music is tied to so many memories of my 87-year-old maternal grandmother, Rosemarie Earle.

As a little girl, my mom Suzanne would put on mini concerts for the kids in her neighbourhood and perform old show tunes my grandmother had taught her. For my dad Fred, it was compulsory that he dance with my grandma at weddings and parties whenever Tony Orlando’s “Knock Three Times” would play over the speakers. “Come on, Freddy,” she’d say, pulling him up out of his seat.

Thankfully, even after she was diagnosed with Alzheimer’s disease at 77, music was something that kept her connected to us. Initially, we turned to music only on days where she was unresponsive or incoherent. We found that singing with her not only helped us engage with her in some way, it seemed to pull her back into the present. Her eyes, which were often closed, would spring open and she would start to tap her feet. She’d even smile when she wasn’t busy belting out a verse.

Our song sessions with her became even more frequent after my family learned about the Music and Memory iPod Project. Based on the bulk of research listing the benefits of music to those with Alzheimer’s and other forms of dementia, the program provides applicants with subsidized iPods loaded with popular music from their era.

It was after this discovery that our family’s approach to the musical therapy we’d administered to my grandma by happenstance became more deliberate. Instead of simply singing with her, we started to provide her with the actual music and ensured it was clearly audible.

Although Grandma loves to sing a cappella, adding an auditory element seemed to amplify the results. After listening to the music for a few minutes, she starts to ask—and respond to—questions and we notice familiar facial expressions return. She’ll even come out with those Grandma-patented sayings we’ve all heard so often growing up. “Holy jumpin’!” she’ll exclaim after hearing a surprising piece of news.

More importantly, there appears to be no confusion when she hears her music—there’s no anxiety as to where she is or what she should be doing. It brings her a sense of joy and calm that becomes so rare with this disease. Simply put, she’s more herself when there’s music playing.  And that alone is an enormous comfort to her family.