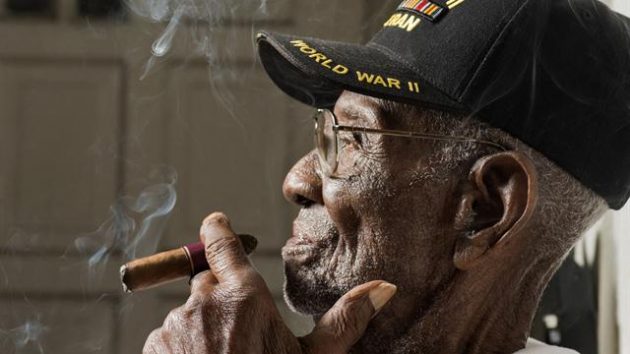 Unlocking the secrets to longevity is Richard Overton who, at 110, is America’s oldest Second World War veteran.

Richard Overton has lived through the Great Depression, driven the first-ever T-model Ford and witnessed the birth of the Internet.

In a recent short film featured on National Geographic‘s Short Film Showcase, he shares some of his wisdom with viewers. “I’m giving you some of my secrets to a long life,” he says. “If you don’t use it, that’s your bad luck.”

At the time of taping, Overton was still 109 years old, but he showed viewers that he drives, attends church, smokes more cigars than he probably should and even enjoys a glass of whisky on occasion. But what likely keeps this super-centrenarian so active is his eternal optimism.

By his own token, he’s seen “lots and lots of living” and has learned an important lesson through it all. “If you give up, you’re through,” he says. “I may give out, but I never give up.”