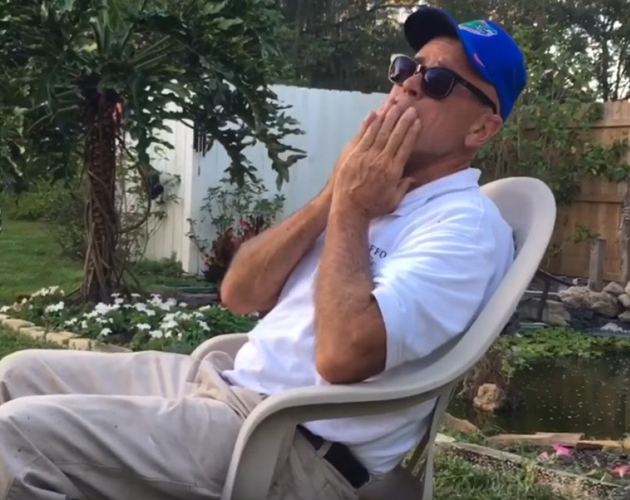 For his 66th birthday, Noah Stafford received a gift that changed his life.

Surrounded by his children and grandchildren, Stafford tears into a cardboard box to find another small white box. “Colour for the colour blind?” he reads on the package. “Well, I am colour blind.”

After opening the package to find a pair of what look like everyday sunglasses, someone from behind the camera explains that they’re special glasses that correct colour blindness.

Although he’s skeptical at first, his doubts are put to rest the second he raises the glasses to his eyes. “It’s so clear,” he says through tears.

The glasses, which are made by Enchroma and cost around $400, were originally developed for doctors to use as protection during laser surgery. Their ability to correct colour blindness was discovered by chance.

And that chance discovery has changed the way Stafford will see the world for the rest of his life. Watching a movie with his family later, he starts to see some of the subtle details he’s been missing out on as well. “Oh my god. You see the way the sun comes down in there like that?” he says of the sunlight appearing through the trees in one scene. “It was fuzz and haze [before]. It wasn’t distinct rays.”