Wireless Revolution: Braces Aren’t What They Used To Be 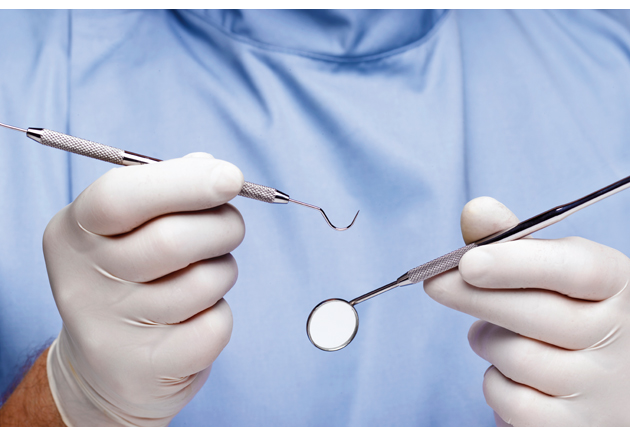 April is National Oral Health Month. Here is a tracking of the wireless evolution in dentistry and moving beyond old-school orthodontics.

“Don’t worry. They’re nothing like they used to be,” said orthodontist Dr. Bruno Vendittelli, when he informed me I needed to wear braces … again.

Back in my 20s, traditional wire orthodontics gave me a perfectly aligned smile and, for decades, I faithfully wore a retainer to keep my teeth neat and straight. But recently, the centreline of my upper teeth was no longer lining up with the centreline of my lower teeth.

During a checkup with my regular dentist, Dr. Jordan Soll gave me a diagnosis: “crowding, shifting and grinding.” He concluded the likely reason was simply due to age.

“Getting long in the tooth” would need a second round of braces, using new technology, to refix my smile.

My treatment began at Forest Hill Orthodontics where Vendittelli confirmed that I had mild to moderate overcrowding, canting to the left, excessively worn teeth and – something I’d never heard of before – a tongue thrust. That’s when the continuous force of the tongue’s pushing action against the teeth forces them out of alignment.

As an alternative to old-school metal and wire braces, Vendittelli chose the Invisalign system of clear plastic retainers for both top and bottom teeth. A computer would break down the process of straightening the teeth into incremental stages and create an aligner for each step. Every two weeks, I’d replace the aligner with the next one in the series.

My condition would require 22 graduated aligners worn 22 hours a day (removed only for meals and cleaning), seven days a week for 18 months. A year and a half sounded like an eternity, so I was relieved when Vendittelli also prescribed the use of a device called the AcceleDent, which involves biting on a thin, vibrating plastic plate for 20 minutes a day. As the plate vibrates, it stimulates bone renewal, which reportedly helps to reduce the time needed for the orthodontics to work. This vibrating device and Invisalign retainers would work together to correct my bite and give me a straighter, healthier smile.

Up next: Straight talk about going wireless

A few weeks later, I tried to relax in the dental chair as Beth, my dental technician,

bonded little button-like attachments to selected teeth to hold the aligners in place and guide the tooth’s movement. The procedure was painless. “They’re a very close match to your natural tooth colour,” she said.

Still, when I got home and looked in the mirror, I thought, “Wow. Anyone standing within two feet of me can totally see them.”

So much for invisible. They also felt really uncomfortable and caught painfully as I moved my tongue across my teeth.

Wearing the clear, plastic aligners – which feels like plastic wrapping your teeth – for 22 hours a day takes some getting used to. I have an eye for detail and began to easily notice when others were wearing Invisalign by an extra shiny look to their teeth.

For the first few days, I would ‘”thay” I definitely spoke with a lisp. The snugly fitting trays were at first quite difficult to remove, and I ruined many manicures trying to grip them with my fingers. They were also messy to remove, with a drool of saliva clinging to each aligner. The clear plastic stains easily if worn while having coffee, tea, red wine, chocolate or curry. Even worse, saliva would stagnate in them, which caused bad breath.

I became an oral hygiene freak, doubling the required daily soaking and brushing the retainers, as well as my teeth. Tedious as the process was, having experienced braces and, now, aligner trays, the aligners are much easier to wear. There’s no wires and brackets to be tightened, shifted and moved, brushing and flossing takes less effort and the overall discomfort is less than traditional braces. What I liked most was using the AcceleDent for 20 minutes every evening; after a few days, the gentle vibrating felt like getting a facial massage.

Every six weeks, Vendittelli would assess if my teeth were moving correctly before handing over the next few sets of aligners. Part of the treatment to fix the crowding of my lower teeth also required creating space by shaving down a small amount of enamel to accommodate movement. Vendittelli used a polishing, strip-like metal floss, pushed between my teeth to create a slight gap between them and assured me that removing small parts of the enamel was not damaging to the tooth.

After 14 long months – albeit four less than the initial plan – Vendittelli looked at my teeth and said the corrective work was complete and the button-like attachments could be removed.

On my last visit, a small wire was attached to the back of the front teeth to hold them in place, and I was custom fitted for a night guard to help prevent grinding. I’ll never forget the feeling when handed the mirror and I smiled widely with confidence for the first time in years.

It was a long process but well worth the end result; my centreline is perfect, my whole countenance looks healthy and refreshed.