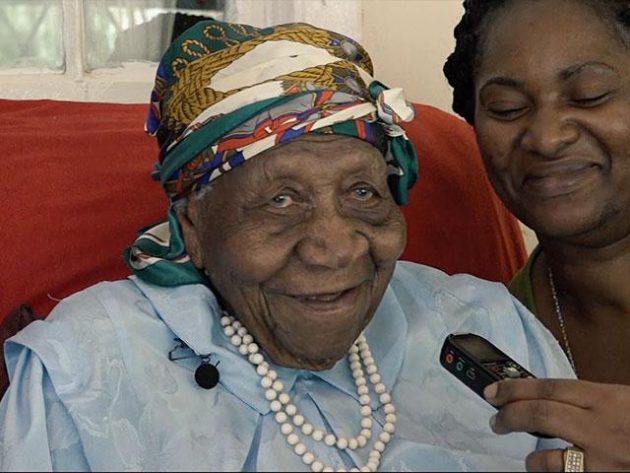 After the recent passing of Emma Morano in Italy at 117, Violet Mosse-Brown of Jamaica is now the oldest person in the world.

Violet Mosse-Brown, at 117 years old, is now the oldest person in the world according to a gerontology research group.

The super-centenarian was born in 1900 and, while she’s lived a long life, it hasn’t always been easy. In her early years she worked on a sugar cane plantation which she likened to slavery in an interview with Loop News. “Little by little, it come up to be a good place,” she says of the changes she’s seen.

Later, she purchased a piece of land and planted a sugarcane field of her own. Cultivating the sugarcane herself, she became an entrepreneur and also owned the only bread depot in her home district. She’s also worked as a community activists, music teacher and church secretary.

It’s no surprise then that she says hard work is the secret to a long life.  “I was a cane farmer,” she says proudly. “I would do every work that I could manage to help myself.”