How To Protect Yourself Against Lyme Disease 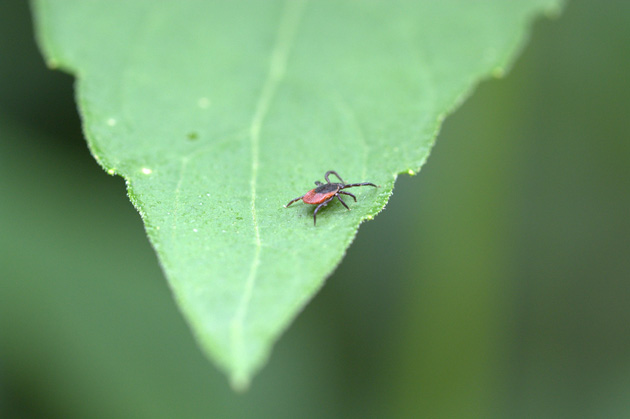 Lyme disease affects the elderly and those with serious health problems. Here, some ways to protect yourself.

In the past few years, Lyme disease has gone from a disease we rarely hear about to one that is found in many places across the country, especially along the southern border (75 per cent of all Canadians live within 100 miles of it).

Lyme disease can cause chronic symptoms, including fatigue, headache, and body aches, but it can progress to serious neurological symptoms. Lyme disease is sometimes difficult to diagnose, as the symptoms can resemble several other illnesses, such as influenza, and people may not notice that they’ve had a tick bite. As with any disease, the elderly and those with serious health problems are more at risk for serious outcomes.

Lyme disease is spread to humans from the bite of an infected deer tick (also called the black­legged tick). Deer ticks prefer grassy areas that have low sunlight and high humidity, including tall grasses that neighbour beaches and woodlands and fields, which are prime habitats. But it’s not just rural settings; they can also live in overgrown lawns, groundcover plants and leaf litter.

In the majority of cases, the first sign of infection is a circular rash called erythema migrans surrounding the spot where the tick bit you. The rash may be followed by flu­-like symptoms like fatigue, chills, fever, headache, and muscle and joint pains.

Like with so many other things, prevention is the best medicine. Tips for avoiding Lyme disease consist of making a tick bite less likely: if infected ticks are in your area, wear long­-sleeved shirts that fit tightly around the wrists and long­ pants tucked into socks or boots. Light-coloured clothes make ticks easier to spot. Wear shoes that cover the entire foot. Use insect repellents that contain DEET to repel ticks. Check yourself for ticks after going outdoors and, if you find any, remove them ASAP.

You can also protect yourself by making your property uninviting to ticks. Keep grass short. Remove leaves and brush around your house. Create a barrier of wood chips between lawns and wooded areas to restrict migration of ticks—­­ticks hate hot, dry places. And check your dog after being outdoors. They are also susceptible to Lyme disease. They cannot give it to us but they can get just as sick.

A version of this article appeared in the October 2016 issue with the headline, “How To Protect Yourself Against Lyme Disease,” p. 22.