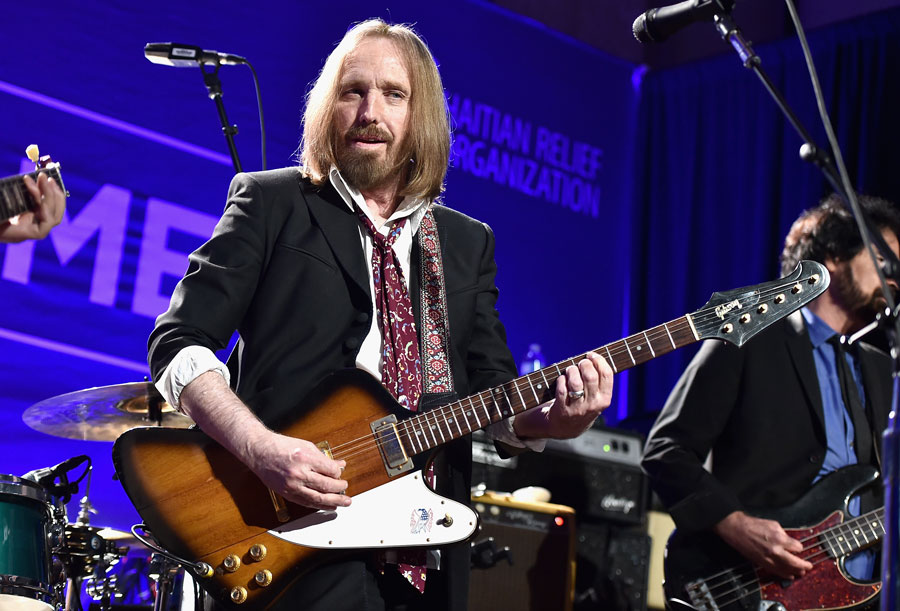 Death by recreational misadventure is so ‘60s. Legal prescription drugs seem to be an increasingly common culprit when stars are taken from us.

When the truth came out about Tom Petty’s addiction to various painkilling drugs, no one had to wonder why—certainly no one like me, a now ex-jogger who’s had three painful knee surgeries.

The autopsy statement released by Petty’s family said he’d been suffering from emphysema, chronic knee problems and a fractured hip that turned into a full break during his most recent tour. His pain was real and unimaginable.

The generation that grew up with rock as the soundtrack of its life had once seen its heroes die prematurely from “recreational” drugs—many at the weirdly significant age of 27. Jim Morrison, Jimi Hendrix, Janis Joplin, the Rolling Stones’ Brian Jones (and later, as if maintaining a morbid tradition, Kurt Cobain and Amy Winehouse).

And now? Death by recreational misadventure is so ‘60s. Ostensibly, legal prescription drugs seem to be an increasingly common culprit when stars are taken from us. It is a truism about the opioid epidemic that people don’t become addicts for a lark. They usually become addicted by being prescribed painkillers for one condition or another, without proper oversight.

Prince also suffered from chronic hip pain (and stage fright, which he also medicated) before his premature death. Michael Jackson had a debilitating bulge in his lower spine.

Some performers are more physical than others. (James Brown was still doing splits onstage in his 60s). And as they grow older, they may feel a responsibility to their fans to defy the vicissitudes of age. Athletes are forced to retire and recover as best they can from a lifetime of injuries and their aftermath. But for rock stars, with millions of dollars waved in front of them to keep going, what is the price of playing a young person’s game?

Bill King, the artistic director of Toronto’s Beaches International Jazz Festival, was Janis Joplin’s musical director and keyboardist in the aftermath of the breakup of her band Big Brother & The Holding Company.

“Janis felt she wasn’t attractive, she had terrible acne. Plus, she had issues with her hometown in Port Arthur, Texas. She was bullied in school and was an outcast. Some of that came into play, the numbing affect made her feel better,” King says.

“When I was with her, she was on heroin. Then I didn’t see her for 10 months and she had cleaned up. My band opened for her on the Festival Express. My wife was there, and Janis was just jubilant, in the best frame of mind. She wasn’t doing drugs, she was drinking wine instead of hard liquor. So, I was surprised later when she took an alternate route and cashed out accidentally.

“But mainly, it was just part of the counterculture. Most people I ran into only smoked pot, and they’d do hallucinogens, LSD and all that. Heroin I didn’t run into until I ran into her scene.”

If you survived that scene, and the cocaine age that followed in the late ‘70s and ‘80s, it looked like clear sailing. But time is cruel. “The irony is that some of the rockers that had cleaned up years ago, they’re taking pills now for health reasons,” King says, “more as a way of dealing with the body breaking down after all those years onstage.”

That said, there are the standouts who seem to defy age. “Mick Jagger amazes me,” King says. “He really took care of himself. His dad (who was a physical education teacher) was into him being physically fit right from the beginning. He’s always taken care of himself. He’s had his partying time, but he was serious about his body and performing.

“As for his counterpart (Keith Richards),” King adds with a laugh, “I don’t know how he lives. He’s the opposite.”

Still, why keep going if—as was likely the case with Petty—you have enough money to last the rest of your life? Neil Diamond, who recently announced he was quitting performing due to Parkinson’s disease, is an example of someone finally bowing to the physically inevitable. There’ve been rumours of health concerns with Elton John, who recently announced a final tour, though he denies them.

But breaking the touring habit seems as tough for some kicking drugs. Again, why keep going?

“That’s a question I think about often,” King says. “Willie Nelson never gets off the bus. Dolly Parton. B.B. King never got off the bus, and he had severe diabetes and couldn’t stand at the end. I think they really enjoy the fact that they get to play, they go to a different hotel and set up. They get looked after and they stay on the move. I think they have a hard time adjusting to staying at home. There are people who never stay home. That’s their life. Some people it’s just in their makeup.

“I interviewed [now 91-year-old] Tony Bennett, and this was his routine. He’d go out and sing at night, go back to his hotel and paint.

“It’s a good routine, but honestly, you could paint at home.”